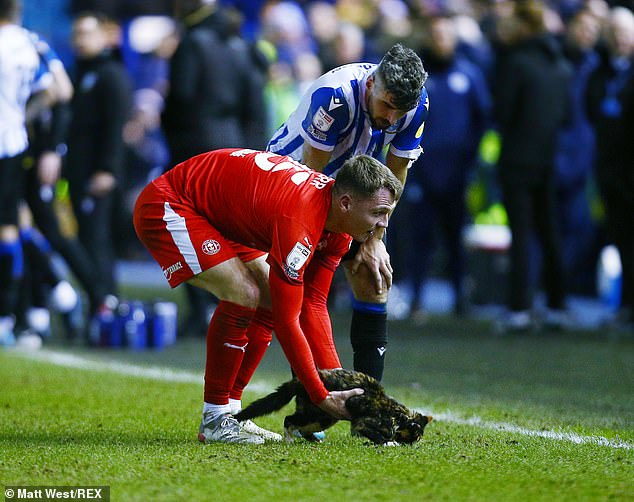 The pitch-invading cat at Hillsborough had been missing for SEVEN months and is now being reunited with it’s owner, after the feline stopped play during Sheffield Wednesday’s win over Wigan

By James Cohen For Mailonline

The pitch invading cat who stopped play during Sheffield Wednesday’s win against Wigan, is said to have been missing for over seven months.

‘Topsey’, who’s name has been revealed by her owner, ran on to the pitch during Sheffield Wednesday’s game against Wigan Athletic at Hillsborough on Tuesday night.

Topsey was eventually caught by one of the players and taken to a vet to be examined, and has now been claimed by a woman on social media who says the feline has been missing since June. 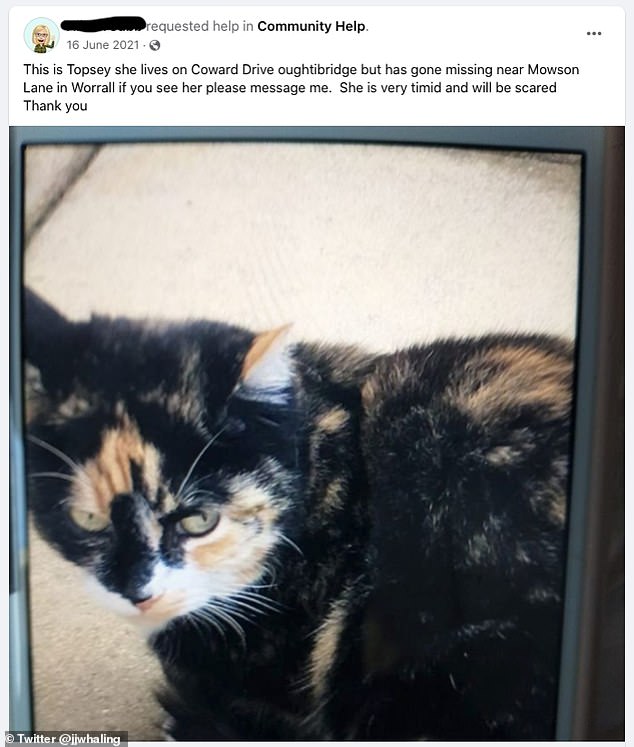 It’s understood that Topsey is still being examined as she makes her recovery, having been without an owner for the past seven months.

Speaking to the BBC, owner Alison Jubb said: ‘She went missing last June. We were going away and I was taking her to a cattery and she escaped out of the cat box and we never heard anything again.

‘My daughter-in-law rang me last night as they were watching the match and said there was a cat on the football pitch. I sort of laughed it off.’

A veterinary service than rang Ms Jubb to confirm that the cat was hers, after scanning Topsey’s microship. 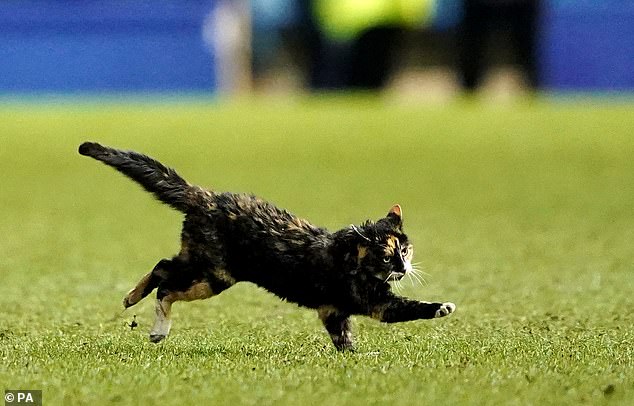 After being assessed by Spire Vets, there is still some uncertainty over Topsey’s condition.

Ms Jubb confirmed: ‘She’s got some bites on her neck, it looks like something like a dog may have grabbed her and shook her, so they need to do an x-ray. She’s a bit scared.’

‘Until they’ve done that, we don’t know [if she’ll make it].