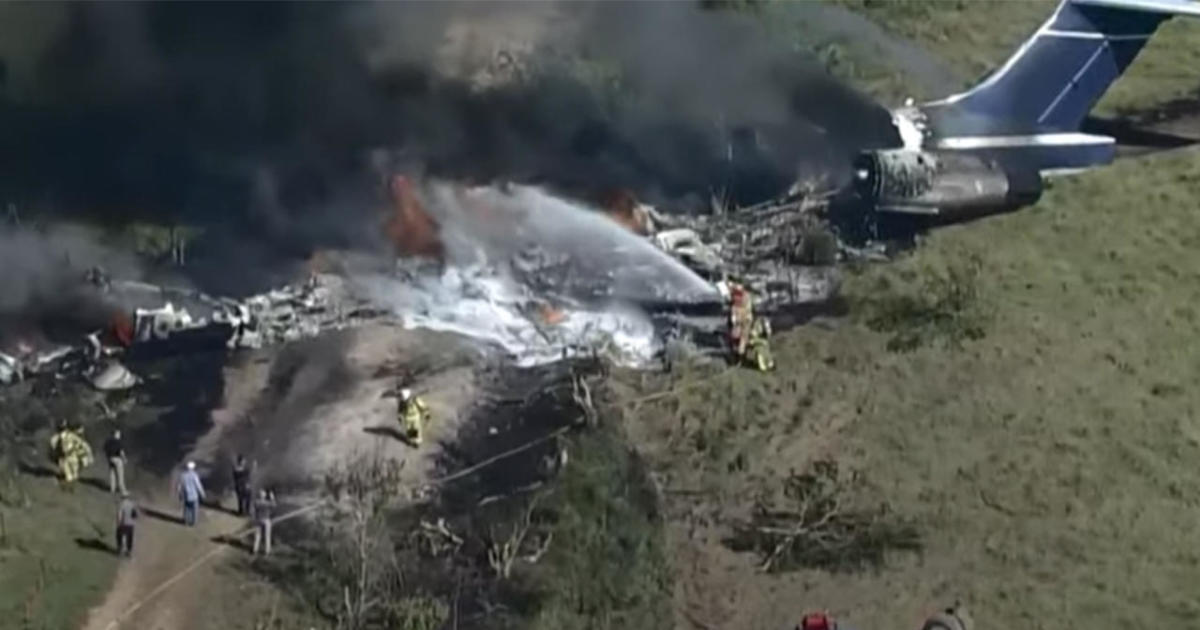 No one was seriously hurt when an airplane bound for Boston ran off a runway and burned Tuesday morning near Houston, authorities said. The McDonnell Douglas MD-87 was carrying 21 people when it rolled through a fence and caught fire while trying to take off from the Houston Executive Airport in Brookshire.

Eighteen passengers and three crew members all survived, Sergeant Stephen Woodard of the Texas Department of Public Safety told reporters, describing the incident as “horrific.” Two people were taken to area hospitals, the Waller County Sheriff’s Office said. One person suffered a minor back injury, and the other person was experiencing respiratory issues, according to the sheriff’s office.

The plane traveled approximately 500 feet down the runway before the incident. It wasn’t immediately known why the plane caught fire, Woodard said.

All crew members and passengers, which included a 10-year-old, were able to extract themselves from the plane, Woodard said. “They’re off and no one’s deceased, and, man, that is an awesome feeling right now for us as first responders,” he said.

Gibson said the plane came to a stop in a field that he described as a “pasture area” with very dense brush. He said it took a “substantial effort” to extinguish the fire.

“We absolutely positively got the best outcome we could hope for in this incident,” Gibson said.

The Federal Aviation Administration and National Transportation Safety Board will investigate.

Woodard said the plane was headed to Boston. The aircraft is registered to a Houston-area investment firm.