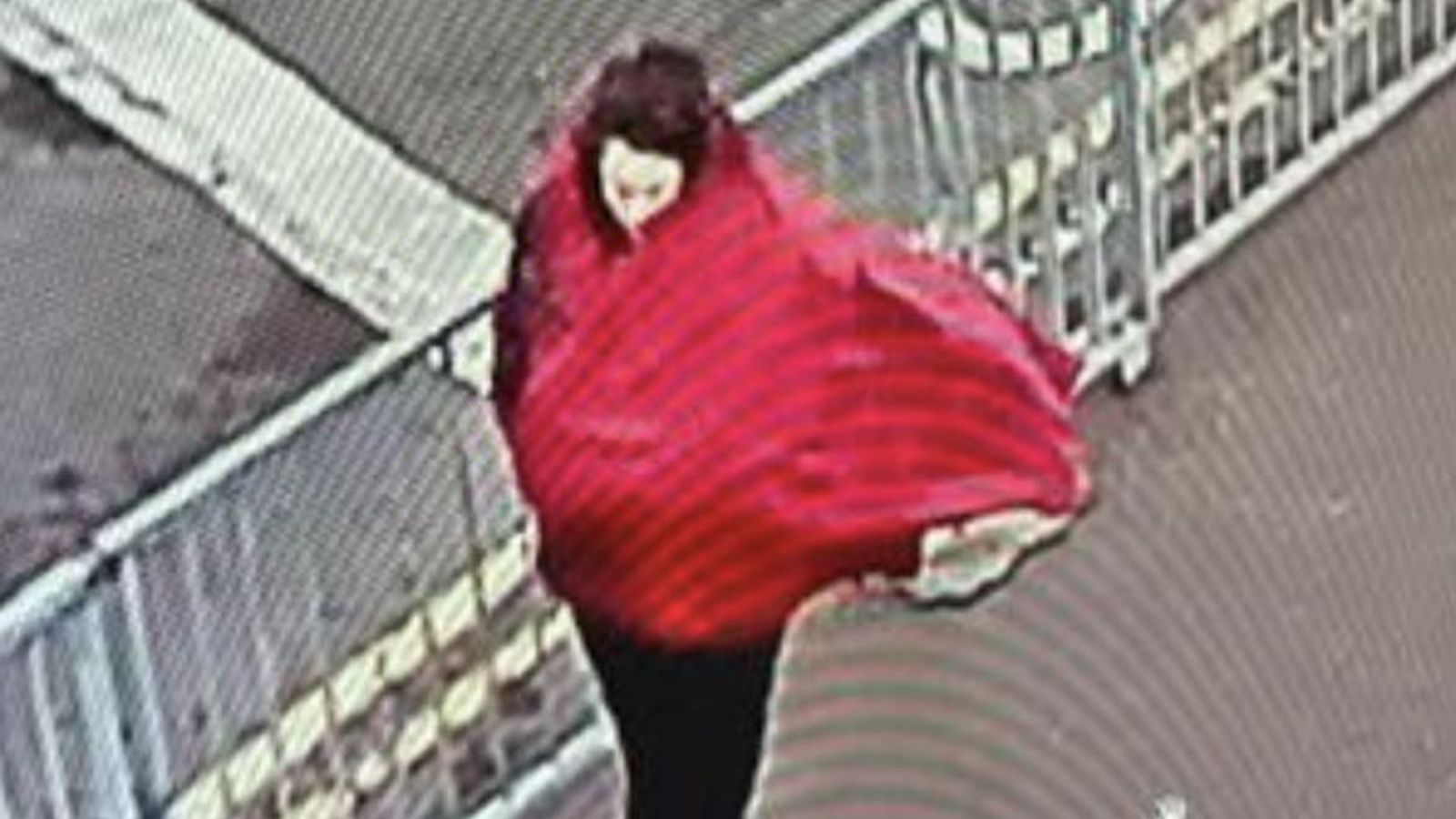 Police are “increasingly concerned” for the welfare of a newborn baby who went missing with their mother and father three days ago.

Officers are searching for Constance Marten and Mark Gordon, along with their recently born child, after their vehicle broke down on the M61 near Bolton on Thursday night.

Greater Manchester Police (GMP) said evidence suggested that Ms Marten had “very recently given birth and neither her or the baby have been assessed by medical professionals”.

The force released a CCTV image thought to show Ms Marten in a red shawl near Harwich Port in Essex at 9am on Saturday.

GMP said Ms Marten was later seen in Colchester, Essex, at about 10am on Saturday – the last sighting of her.

A police spokesperson said on Sunday: “With it being three days now, officers are becoming increasingly concerned for the welfare of the newborn baby, which is everyone’s priority, and are asking for Constance and any members of the public who have any information to reach out to ensure they are safe and well.”

After their vehicle broke down, the family left the motorway and walked towards Anchor Lane bridge, which links the Highfield and Little Hulton areas.

Mr Gordon is described as wearing dark clothing while Ms Marten, who has a southern accent, was wearing a burgundy coat. The baby was swaddled.

Essex Police said they were liaising with GMP to help locate the three people “who they urgently want to find” and officers were carrying out “extensive enquiries” in the area.

GMP’s head of public protection, Chief Superintendent Michaela Kerr, said: “As a mum, I would like to make a direct appeal to Constance.

“Constance, I know this is an exceptionally hard time for you and you are likely feeling scared, but I promise that our number one priority is the same as yours – to keep your beautiful newborn safe.

“As you know, it’s really important that both you and your baby are assessed by medical professionals as soon as possible, so please make contact with emergency services or make your way to your nearest hospital, wherever that may be.”