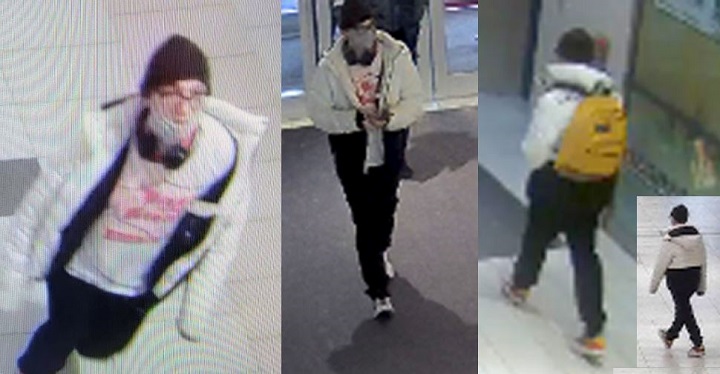 Durham Regional Police are looking to identify a man who allegedly approached a seven-year-old girl and grabbed her arm at an Oshawa mall in early January.

The incident is reported to have occurred on Jan. 5 when a mother and her daughter were shopping at the Oshawa Centre on King Street West.

“When questioned, the male walked away. Mall security was alerted and a police report was taken,” police said.

Investigators said after the incident, officers scoured hours of surveillance footage and identified more than a dozen other similar instances.

Police allege video shows the suspect approaching young children, who were with their parents, and made some form of physical contact with them before walking away.

Investigators are concerned about this unusual behavior and are asking any other victims or witnesses to come forward.

The suspect is described as a man in his mid 20s with dark prescription glasses and brown shaggy hair. At the time of the incident he was wearing a white jacket and dark pants.