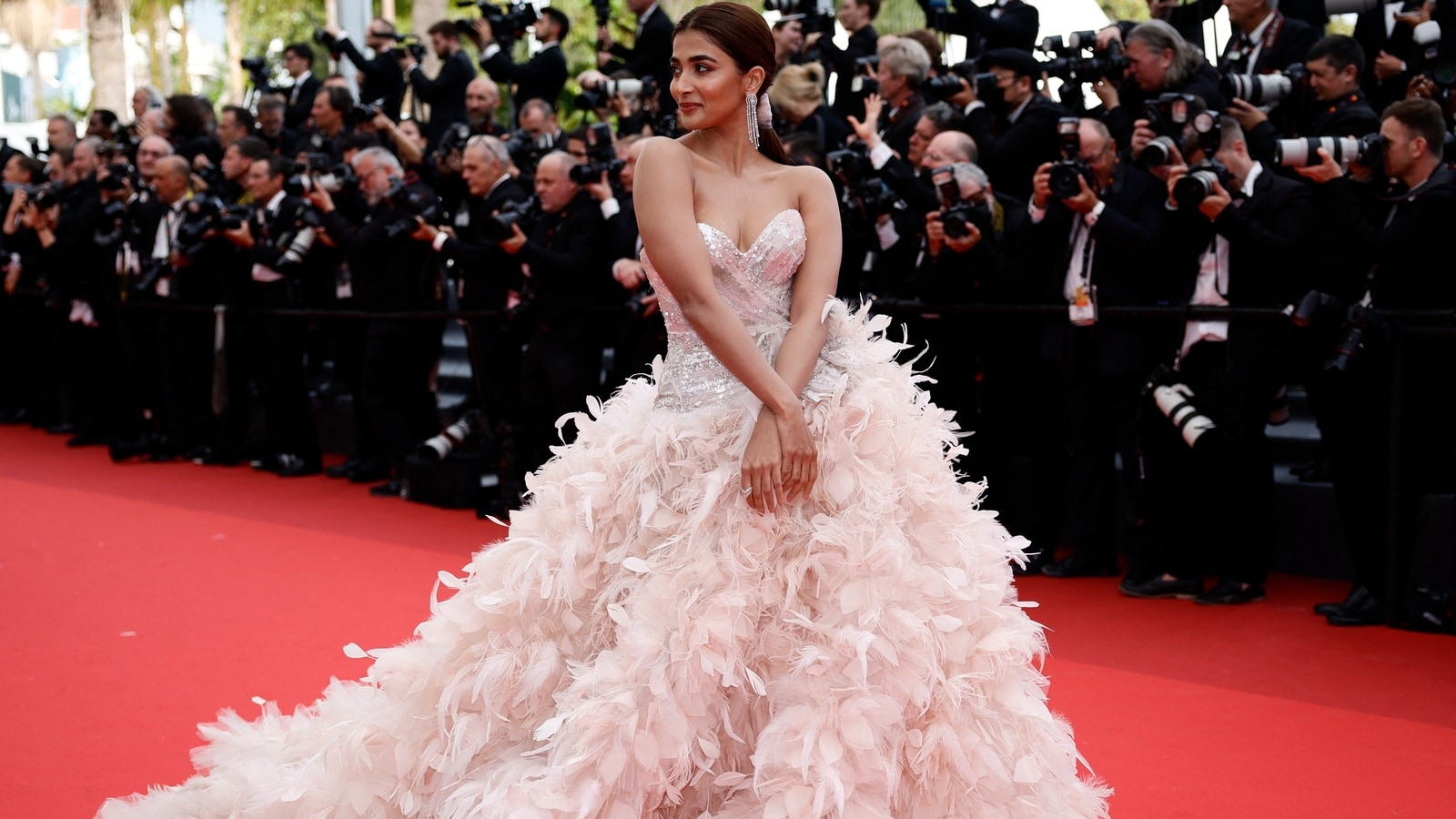 Pooja Hegde said at the Cannes Film Festival on Thursday that she was not there ‘with a brand’ in a veiled reference to several celebs who walk the festival’s red carpet as ambassadors of various brands.

Pooja Hegde is part of the Indian delegation that is currently at the Cannes Film Festival. The delegation, which is being led by the Union Minister for Information and Broadcasting Anurag Thakur, includes several other celebs like R Madhavan, AR Rahman, Tamannaah, and Nawazuddin Siddiqui. There are several other Indian actors at the festival too, representing various brands. On Thursday, speaking at the festival, Pooja seemed to make a veiled reference at those celebs. Also read: Cannes Film Festival: Tamannaah Bhatia, Urvashi Rautela, Pooja Hegde go black and white for debut

During the inauguration of Indian pavilion at the 75th edition of the event, Pooja said, “I’ve not come (to the Cannes Film Festival) with a brand, but I’ve come with brand India.”

The actor added that she was representing Indian cinema at the festival, which she called an honour. “I’ve come (here) as a representative. It’s an honour for me to be very honest to come (here) as an Indian actor celebrating Indian cinema,” she added. On Tuesday, Pooja actor had walked the red carpet with the other members of the delegation. Actor Akshay Kumar was also set to be part of the delegation but had to cancel his visit after he tested positive for Covid-19.

There are a number of other Indian celebs at the prestigious festival, some of whom are representing brands. Actor Aishwarya Rai Bachchan, for instance, is at the festival as a Loreal ambassador. Other Indian faces at the festival include Urvashi Rautela, Helly Shah, Hina Khan, and Kamal Haasan. Actor Deepika Padukone is part of the eight-member Cannes jury this year.

The festival is special this year for India as it has been chosen as the Country of Honour at Marche Du Film. The Cannes Film Festival began on May 17 and will continue till May 28. The festival sees the screening of some of the biggest and most acclaimed films from around the world.