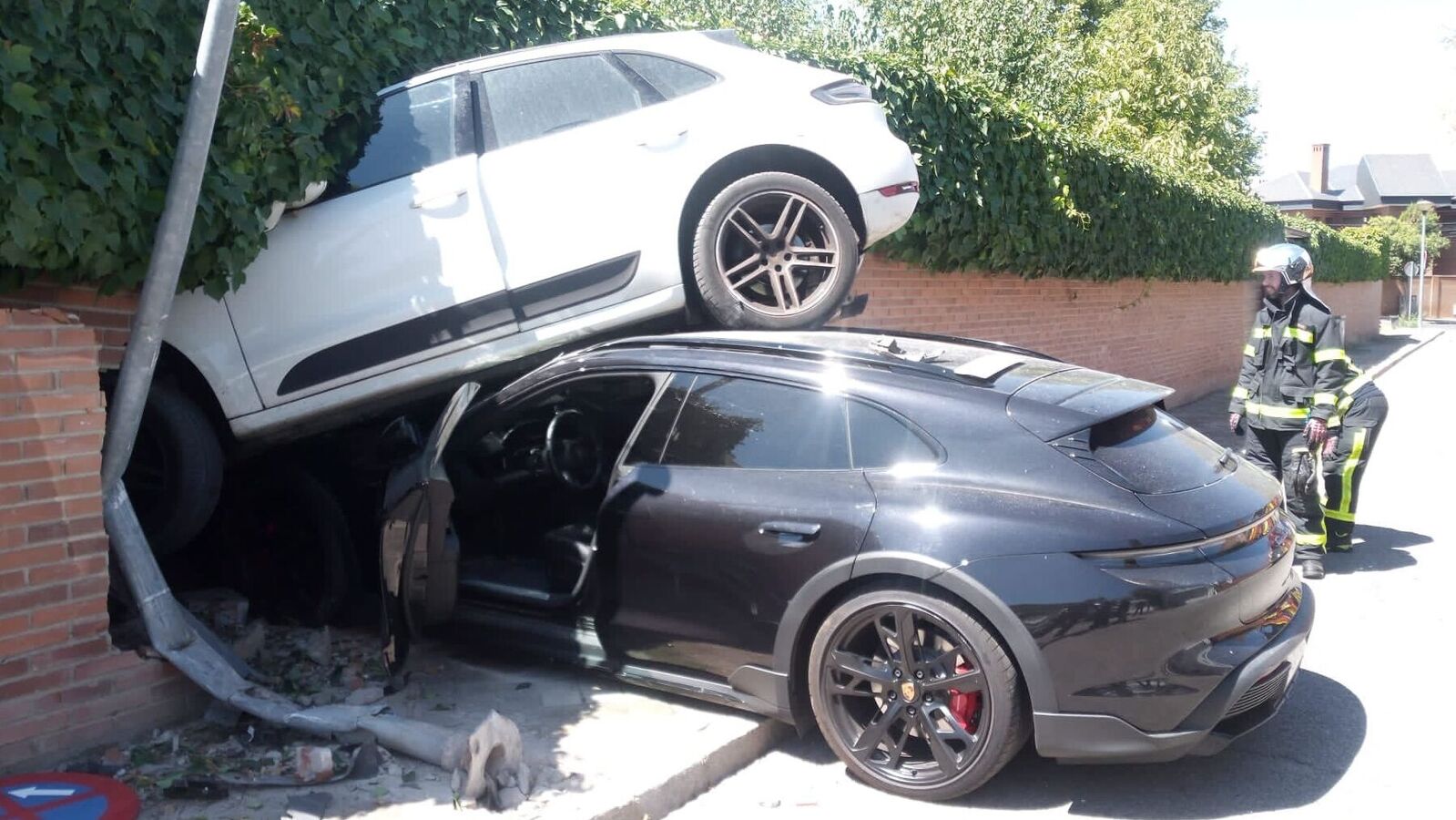 Despite the two Porsche vehicles being involved in such a high-impact collision, no one was injured.

Car crashes can become expensive, but when two high-end Porsche models crash, it becomes a super expensive collision. Images from such a crash have emerged on Twitter showing a Porsche Taycan 4S Cross Turismo ended up underneath a Porsche Macan. The impact of the collision was so heavy that both the vehicles crashed through a brick wall. The tweet claims that despite such a collision, no injuries have been reported.

Such a precarious situation reportedly made extracting the two vehicles difficult. Rescuers had to bring a crane to secure the Macan so they could remove the Taycan underneath it. Removing the Taycan exposed the extensive amount of damage caused to the wall. The hole created due to the crash could fit the Macan through sideways.

The Porsche Taycan 4S Cross Turismo is capable of churning out 562 hp of massive peak power. Porsche claims this EV can accelerate 0-100 kmph in just 3.9 seconds. Clearly, the Ev packs quite a punch and driving it is not a joke.

This Porsche-on-Porsche crash is a perfect example of the importance of keeping the car under control. Ending up with a crossover on a car’s windshield shouldn’t happen, and the whole thing could have been much worse.