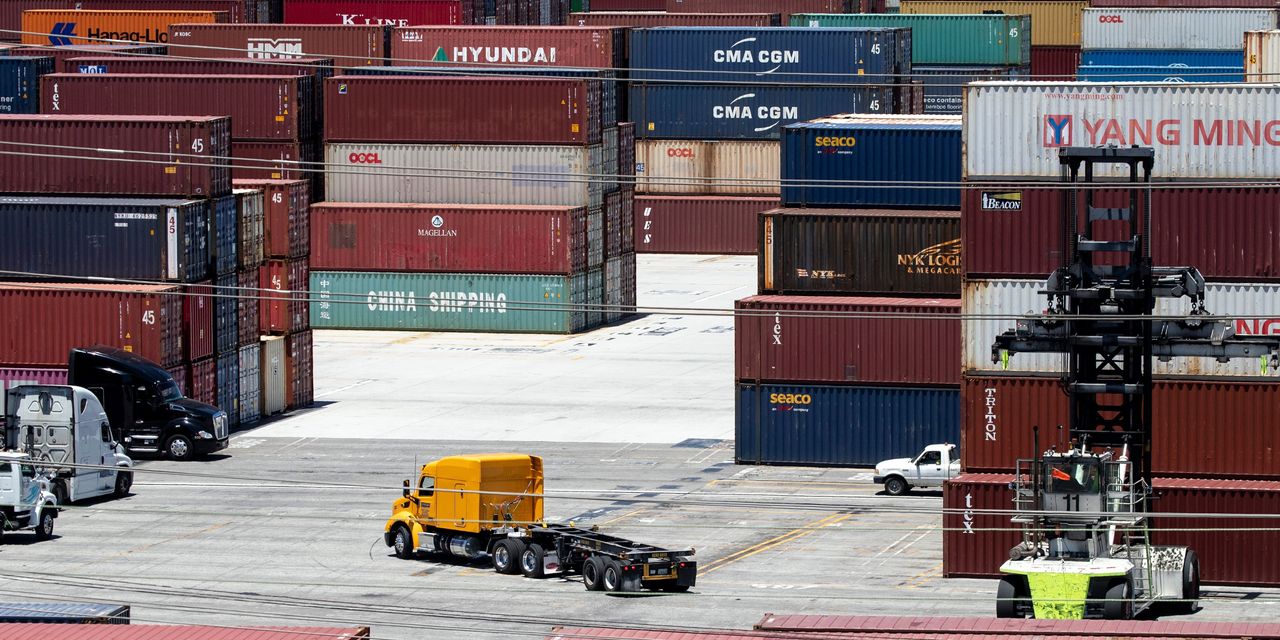 West Coast port labor talks are stalled as dockworker disputes hit the region’s big trade gateways, according to shipping industry officials who fear the negotiations could take months to resolve.

Some maritime executives had hoped the talks, which began in mid-May, would conclude in the early fall. Now they worry the negotiations could continue through the end of 2022 or into 2023, extending uncertainty that has triggered shifts in trade flows and complicated planning in supply chains.

“What you are starting to hear is people are losing faith,” said one shipping industry official.

The talks cover more than 22,000 workers at 29 ports from California to Washington state that include major hubs for trade with Asia. Members of the International Longshore and Warehouse Union have been working without a contract since the last agreement expired in July, leaving companies working without grievance machinery that allows for resolution of disputes between workers and their bosses.

The work incidents generally haven’t delayed cargo movement, but officials say they worry that confrontations over work disputes could escalate.

Unionized dockworkers in Seattle last week called meetings to prepare for possible picketing. Workers at the Port of Tacoma, Wash., didn’t staff a night shift in August at a cargo-handling facility because of a disagreement over CPR training.

Dockworkers at the Port of Los Angeles wouldn’t work for about four weeks at an automated section of the largest container-handling facility run by APM Terminals, a unit of

A/S. The workers cited safety concerns over the automated equipment at the site, which has been in operation since 2020.

The dockworkers at Los Angeles returned to the automated section of the terminal on Sunday.

said that in August 40,000 containers, measured in 20-foot equivalent units, were diverted to the neighboring Port of Long Beach because of the dispute.

Many importers are shifting goods from the West Coast gateways on longer, more expensive routes to East Coast and Gulf Coast ports so their cargo won’t get stuck in case of a lockout or job actions. The surge in cargo has led to congested terminals and vessel backups at several of those ports.

The concerns over the progress of the talks comes as labor disputes around the U.S. are growing. The Biden administration last week intervened to narrowly avert a nationwide shutdown of the freight rail system. Shipping industry officials say they also want the government to get more involved in the port labor talks.

Top news and in-depth analysis on the world of logistics, from supply chain to transport and technology.

Administration officials say they are closely monitoring the talks and that the negotiations are proceeding at a good pace.

Dockworker union leaders and their employers are negotiating the first new multiyear labor contract since 2015.

The two sides reached a tentative agreement on health and benefits at the end of July. They haven’t made progress on more difficult issues, such as wages and automation, according to shipping industry officials, because the talks have been held up by a dispute over which workers covered by two separate unions repair and maintain equipment at a cargo-handling terminal at the Port of Seattle.

The National Labor Relations Board awarded that work to the International Association of Machinists and Aerospace Workers. Shipping industry officials said proposals to end the dispute have been exchanged with the ILWU for several weeks “with little progress.”

Labor Secretary Marty Walsh, who holds weekly calls with officials from the ILWU and the Pacific Maritime Association, the group negotiating for shipping lines and terminal operators that employ the workers, said the work disruptions are “bumps in the road.”

“Unfortunately the only time something is reported is when it’s on the union side,” Mr. Walsh said. “I’m sure there are bumps on the company side.”

The ILWU and PMA have an agreement not to discuss the talks publicly.

A spokeswoman for the ILWU said negotiations take time and that the union “remains committed to the process, with the goal of reaching a collective bargaining agreement with our employers that supports dockworker jobs and the American economy.”

Write to Paul Berger at Paul.Berger@wsj.com