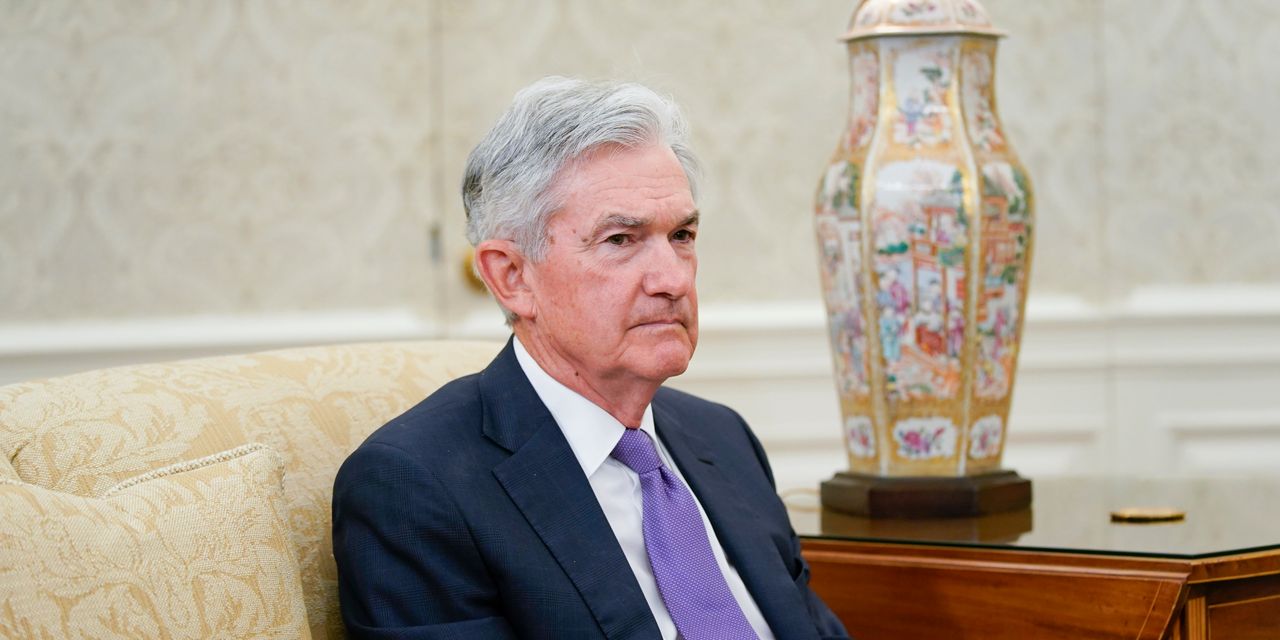 One of the reasons inflation got out of control in the 1970s is that policy makers had heterodox theories about its cause, such as powerful corporations and unions. You can hear echoes today when President Biden proposes combating inflation through toughened antitrust enforcement, higher corporate taxes and more domestic production.

These factors aren’t why inflation is over 8% and they offer little prospect of fixing it. So, if Mr. Biden had the last word on inflation, you might worry the U.S. was about to repeat the 1970s. But Mr. Biden doesn’t have the last word; Federal Reserve Chairman

does. Moreover, Mr. Biden affirmed exactly that in a Wall Street Journal Op-Ed last week, giving Mr. Powell the political cover to raise interest rates and get inflation down.

This is the main reason not to expect a repeat of the 1970s. That monetary policy is responsible for inflation should seem obvious, but back then, it wasn’t, as

a monetary scholar who chaired the Fed from 2006 to 2014 shows in his new book, “21st Century Monetary Policy: The Federal Reserve from the Great Inflation to Covid-19.”

At the time many Keynesians, the dominant school of macroeconomists, thought U.S. society had become more prone to inflation. Crucially, these views were shared by

“This greater tendency to inflation, in Burns’s view, reflected the growing ability of large corporations and labor unions to insulate themselves from market forces, a power they used to push up prices and wages at will,” Mr. Bernanke writes. Because Burns viewed inflation as driven more by rising costs than excess demand, he saw tight monetary policy “as a costly and inefficient way to bring down inflation…. He did not think that the public would tolerate unemployment high enough to fully control inflation using monetary policy alone, or that it was the Fed’s place to make that decision.”

Politics may have played some role in Burns’s behavior: Nixon pressured him to keep interest rates down ahead of the 1972 election.  But, Mr. Bernanke writes, the pressure went both ways: Burns persuaded Nixon to implement wage and price controls as an alternative to tight monetary policy.

Burns’s successor, Paul Volcker, succeeded in driving inflation back down and since then central banks accept their responsibility for keeping inflation low. In 2012 under Mr. Bernanke, the Fed formalized that obligation in a 2% inflation target.

Yet today, Washington is again consumed in holding politicians to account for inflation—thus the attention on Treasury Secretary

when she acknowledged her forecast of inflation was wrong.

Although it got much less attention than Ms. Yellen’s acknowledgment, Mr. Powell’s admission of error is far more significant. Last month he told the Journal: “In hindsight…it probably would’ve been better to have raised rates earlier.” Some in the administration agree.

It is reminiscent of the 1970s when Mr. Powell blames disruptions to supply, which are beyond the Fed’s reach, for much of the rise in inflation. But whereas Burns thought that absolved the Fed of responsibility, Mr. Powell doesn’t: Whatever the economy can supply, he says the Fed must calibrate demand to that. “We’re not setting policy on the expectation that we get relief on the supply side until we actually do.” Mr. Powell was asked at a news conference recently if fiscal policy, blamed for pushing inflation up, had a role in bringing it down. Mr. Powell replied: “It’s really the Fed that has responsibility for price stability. Whatever arrives in terms of fiscal activity, we take it as a given.”

This doesn’t mean Mr. Biden bears no responsibility and has no role to play. His stimulus probably did contribute to the rise in inflation, although only a small part. Core inflation, which excludes food and energy, has risen roughly 3 percentage points in Canada, Britain and the eurozone relative to prepandemic levels, compared with 4 points in the U.S.

What needs to be done to bring down inflation? Join the conversation below.

A president’s most effective way to influence inflation is through who he appoints to the Fed and the freedom he grants him or her. President Trump nominated Mr. Powell in 2017, but then pressured him to keep interest rates and the dollar low. When Mr. Powell ignored him, Mr. Trump toyed with trying to fire him, then tried to weaken him by naming political loyalists to the Fed; those people were never confirmed.

Mr. Biden’s picks for the Fed reflected his initial priorities: tougher bank regulation, climate change and inequality. Since then he has made it clear inflation should be the priority, contrasting his hands-off approach to the Fed with Mr. Trump’s interference.

Still, it is worth remembering why Burns failed. He did raise rates, but never by high or long enough to keep inflation down. Mr. Bernanke writes how Mr. Volcker, upon taking office, criticized his predecessors for worrying “at critical junctures” more about “weakness in economic activity or other objectives” than inflation. Mr. Powell’s critical junctures still lie ahead: Like Mr. Volcker, he might need several years, and a recession, to defeat inflation. Will Mr. Biden still back him up? Will he even be president—or will Mr. Trump?

Write to Greg Ip at greg.ip@wsj.com