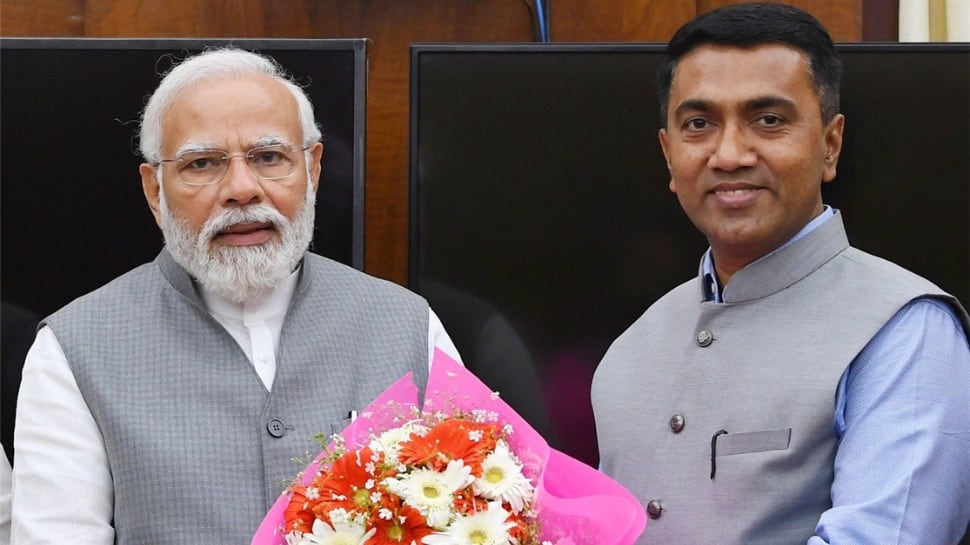 New Delhi: Pramod Sawant will take oath as Goa Chief Minister for the second consecutive term on Monday (March 28, 2022). The three-time MLA will be sworn as the state’s chief minister in the presence of Prime Minister Narendra Modi and other dignitaries at the swearing-in ceremony which is scheduled to be held at Dr Syama Prasad Mookerjee stadium in Taleigao around 11 am.

I would like to thank the people of Goa for their continued support and for reposing their trust in us by giving a decisive mandate in favour of #BJP. 2/2

This, notably, would be the second time that Goa’s chief minister will be sworn in outside the Raj Bhavan premises. Earlier in 2012, Manohar Parrikar had taken oath as the CM at Campal ground in the state capital Panaji after the BJP emerged as the single largest party in the House.

Who is Pramod Sawant?

Pramod Sawant, 48, is an Ayurveda medical practitioner and is a three-time MLA from the Sankhalim assembly constituency in the North Goa district. Sawant became Speaker of the state Assembly when the BJP formed government under the leadership of Manohar Parrikar in 2017. He took over as chief minister after Parrikar’s death in March 2019.

Sawant started out as a Rashtriya Swayamsevak Sangh (RSS) member and has been seen participating in the Sangh’s annual `Sanchalan’ program even while being chief minister.

His career in electoral politics began in 2008 when he was given a BJP ticket from Sankhalim (then Pale) assembly segment, but he lost to Congress candidate Pratap Gauns. He won the seat in 2012 and got reelected in 2017 from the same seat.

His wife Sulakshana is also an active BJP worker and has held prominent posts in the party’s women wing in the state.

I would like to thank the people of Goa for their continued support and for reposing their trust in us by giving a decisive mandate in favour of #BJP. 2/2

In the recently concluded Goa Assembly polls, the BJP had emerged as the single largest party, winning 20 seats in the 40-member state Assembly and reducing Congress to 11 seats. The BJP, however, fell one seat short of the majority figure but retained power in the state after three independent MLAs and two legislators of the Maharashtrawadi Gomantak Party (MGP) extended support.

Security has been tightened in the state in view of the swearing-in ceremony of Pramod Sawant. A multi-tier security cover has been put in place for the event and over 2,000 police personnel have been deployed.

“Over 2,000 personnel have been deployed, drones to be used to maintain vigil in the sky. Specialized teams have been called in from outside the state. Indian Navy, Indian Coast Gaurd, along with Goa Coastal Police, will man the 105 kilometres stretch of Goa coast,” Goa Director-General of Police (DGP) Indradev Shukla informed.

The DGP further said that a black dress and a black face mask is not allowed for anybody who is going to attend the event.