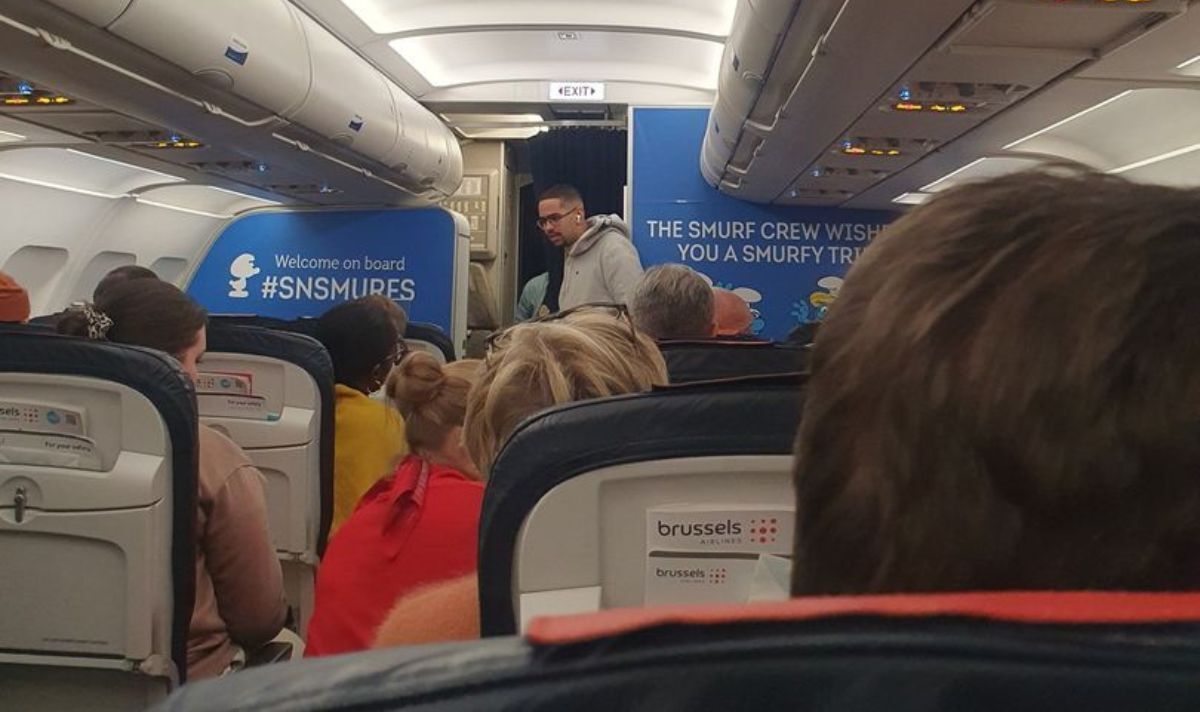 A pregnant woman “collapsed” as hundreds of passengers waited eight hours for their plane to take off.

Due to a fault with a plane, it caused two other flights to became stranded on a taxiway on December 15.

A Brussels Airlines flight to Brussels and a TUI flight to Cape Verde were both waiting behind a Cathay Pacific aircraft that had been due to fly to Hong Kong.

One passenger on the Brussels Airlines flight described how customers were stranded on the taxiway for nearly six hours and were only offered water free of charge, reports Manchester Evening News.

The flight was due to depart from Manchester Airport at around 12.30pm, before becoming stuck.

The plane was then eventually towed back to the terminal shortly before 6pm, with passengers given the option to stay on board or disembark and find alternate travel.

Manchester Airport has since said that “all necessary procedures” were carried out to ensure the safety of passengers.

Chris Brereton, who was heading to Bruges, said a pregnant woman “collapsed” and told of how passengers became increasingly frustrated as they sat beside the runway for hours.

He chose to stay on board the flight to enjoy his holiday, with the plane eventually taking off for Brussels just after 8pm.

It meant the flight was eight hours late.

He said: “The poor pregnant lady collapsed and two people on board stepped up to help her. This was after hours of being sat on the tarmac behind the broken plane.

“The captain kept saying ‘they’re coming to get you soon’ but it just never happened.

“The lady then collapsed at the front of the plane and thank god there were trained people on board who knew what they were doing.

“It’s an unbelievable credit to everybody on board that it stayed so calm and civilised because it could easily have kicked off.”

Brussels Airlines confirmed that a pregnant woman needed medical assistance on board after the flight had become blocked.

They added it was not able to get towed back to the terminal due to “safety regulations”.

A Brussels Airlines spokesperson said: “As mentioned before, a Cathay Pacific aircraft was blocking the runway due to technical issues which meant our aircraft OOSND (flight SN2174) was also blocked for several hours on the Manchester runway.

“Due to UK Safety Regulations it wasn’t possible to get towed back to the terminal.

“Despite the difficult situation, we did our utmost best to find solutions for all our passengers.

“The passengers with connecting flights, were rebooked on other flights. Only the ones having Brussels as final destination, left with our own flight to Brussels in the evening.

“We previously mentioned that passengers eventually disembarked and brought to the terminal by busses.

“This indeed didn’t happen as the steps arrived shortly before the Cathay Pacific aircraft cleared the runway and our aircraft was able to taxi back stand.

“The aircraft – with an initial delay coming into Manchester – was foreseen to take off around 12:30 and arrived back at the stand around 17:50.

“The aircraft was eventually pushed back around 20:00 – after disembarking all passengers and baggage with connecting flights, disembarking passengers who no longer wished to travel that day, refuelling and de-icing – for take-off to Brussels.

“There was indeed a pregnant passenger on board who needed medical assistance.

“The paramedics attended to her on board and later in the ambulance parked in front of the aircraft.”

A spokesperson for Manchester Airport said: “We regret any disruption caused to passengers as a result of this incident, caused by a technical issue with a Cathay Pacific aircraft.

“The safety of everyone on our site is a top priority and all necessary procedures were followed to ensure the safety of passengers, aircraft and the surrounding airfield operation.

“This meant people onboard the affected aircraft faced delays as the appointed ground handlers of the airlines concerned ensured they could safely deploy the necessary equipment on the airfield to resolve the issue.”