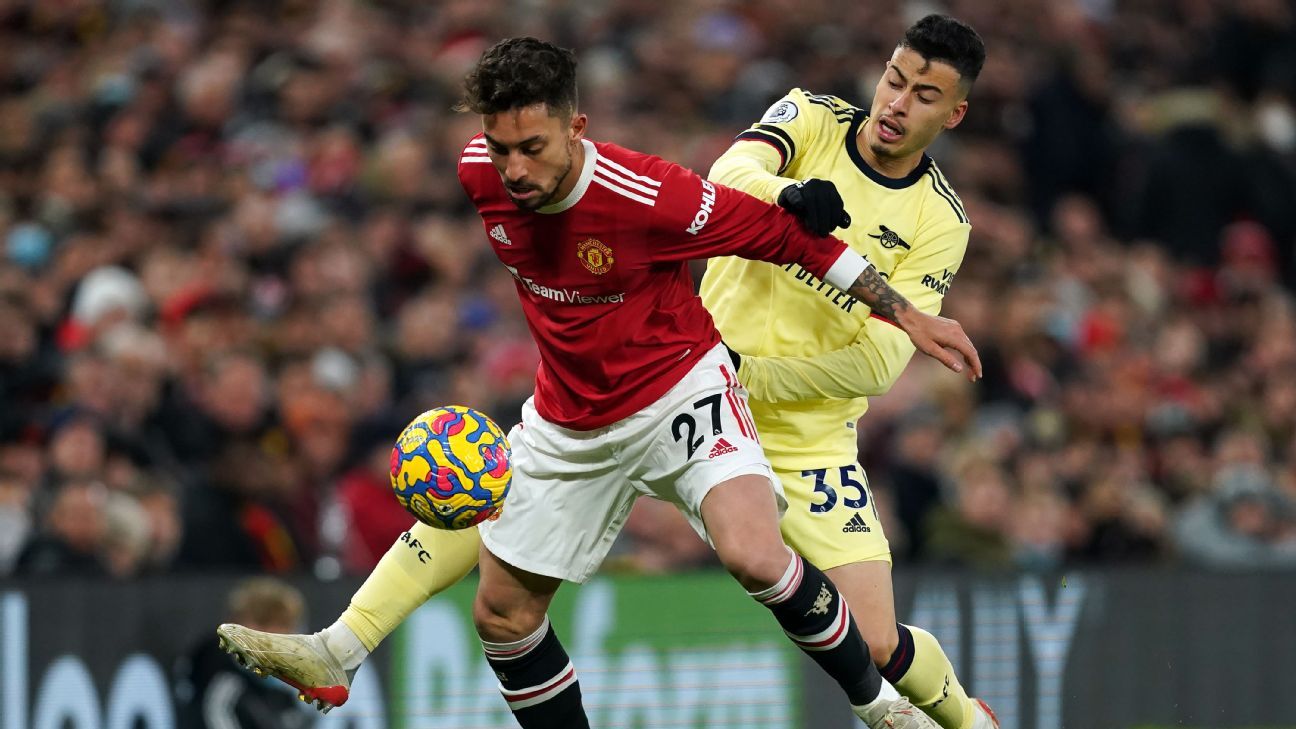 The Premier League title race may be almost a foregone conclusion thanks to Manchester City‘s dominance again this season — though Liverpool, 12 points behind ahead of Thursday’s clash with Leicester City, can still make it interesting with a lengthy winning run — but the battle for the fourth, and the final Champions League spot, is intensifying.

Manchester United (39), who sit fifth, are a point behind West Ham with a game in hand after failing to secure a win at Burnley on Tuesday. With Liverpool (48) and Chelsea (47) seemingly clear of the clubs scrambling to finish fourth, the race is shaping up to be a five-team battle.

United, Arsenal and Spurs have all suffered from inconsistency, poor form and, in the case of United and Spurs, managerial change this season, while West Ham and Wolves have proved to be serious contenders to upset their bigger and wealthier rivals.

So with three months of the season still to play, how will the race for fourth play out? And which club will claim the final Champions League spot?

David Moyes’ team have won five of their last 12 Premier League games, but Tuesday’s 1-0 win at home to Watford saw them bounce back from successive losses against Leeds and Manchester United. The question mark above West Ham’s prospects relates to the depth of their squad and whether Moyes has enough quality within the ranks to cope with a top-four push as well as ongoing involvement in the Europa League and FA Cup.

Despite a career that has seen Moyes largely deliver consistent top 10 finishes in the Premier League, the former Everton and Manchester United manager has never won a trophy and achieved just one top-four finish in over 20 years as a top-flight manager.

So can Moyes successfully rotate his squad and overcome his traditionally cautious approach to deliver success in one of the three competitions that West Ham are still involved in? The fans will want a trophy, but Moyes will prioritise finishing in the Premier League top four. The inconsistency of their rivals will help, but prolonged involvement in the cups will work against them.

Where will they finish? 7th

With such an array of attacking quality — including Cristiano Ronaldo, Jadon Sancho and Marcus Rashford — United should have no concerns over a top-four finish, but their season has lurched from one low-point to another and there are plenty of pitfalls looming in the weeks ahead.

When interim-manager Ralf Rangnick arrived to replace Ole Gunnar Solskjaer in December, United were about to embark on a run of 13 league games against teams beneath them in the table (with the exception of a home clash with West Ham). But, having now played nine of those, they have won just five and dropped points in draws against relegation-threatened Burnley and Newcastle. All of United’s star players are struggling and Rangnick has only been able to inspire a marginal improvement in the team’s performances. United will always possess the attacking threat to win matches, but they face a tough run-in, with trips to Manchester City and Liverpool next month and a potentially decisive fixture at Arsenal on April 23.

With some daunting games ahead, it is difficult to see United putting a winning run together against the top sides, so they may need to prepare for life outside the Champions League under their new manager next season.

Where will they finish? 6th

Arsenal’s 17-year streak of Champions League participation came to an end when they failed to secure a top-four finish in 2016-17 and they have been absent from Europe’s premier competition ever since. But Mikel Arteta’s team are well placed to end their absence after overcoming their worst top-flight start in history this season.

Arteta has made some big calls on transfers since replacing Unai Emery in December 2019, including offloading former captain Pierre-Emerick Aubameyang to Barcelona for free last month, and the benefits are now beginning to be seen with a hungry, young side now emerging at the Emirates.

A lack of goals could yet derail Arsenal — with youngsters Emile Smith Rowe (8) and Bukayo Saka (6) their leading scorers in the league to date — and, prior to the trip to Wolves, the club had failed to score in four successive games in all competitions. But although the Gunners have their weaknesses, their fixture list is favourable and they have a clear run without cup distractions (having been knocked out of the FA Cup by Nottingham Forest in the third round), so Arsenal are favourites to claim fourth place.

Where will they finish? 4th

Inconsistency has haunted Tottenham all season and their 3-2 home defeat against Southampton on Wednesday, when they led 2-1 before conceding twice in the final 10 minutes, typified their campaign. Antonio Conte’s appointment as manager in November, following Nuno Espirito Santo’s 17-game spell in charge, has led to an improvement in performances and results. But after an unbeaten start to his reign in the Premier League, Conte has now seen his side lose successive league games and they have blown a great chance to climb into the top four and move clear of their rivals.

Spurs have a tough run of fixtures coming up, with away games at Manchester City, Man United and Liverpool, so their recent loss of form could prove costly at the end of the season. But Conte will always inspire big performances from his players and should be able to rely on forwards Harry Kane and Son Heung-Min to score against even the best opponents. Conte has a tough challenge ahead, though, and the damage done by the last two defeats may well prove to be significant enough to cost his side.

Where will they finish? 5th

After finishing 13th last season, a push for Champions League qualification under new manager Bruno Lage seemed unlikely this time around, but the former Benfica coach has quickly established his methods at Molineux and Wolves’ 1-0 win at Manchester United last month showcased their quality in midfield and ability to dominate against supposedly more illustrious opponents. But while Wolves are a technically impressive team, their lack of goals is likely to prevent them from seriously challenging for fourth spot.

Ahead of Thursday’s encounter with Arsenal, Wolves had scored just 19 goals in 21 Premier League games — by far the lowest return of the top-four chasers. Only Burnley and Norwich, both in the bottom three, have scored fewer than Wolves. The flipside is that their record of conceding 16 league goals is second only to Premier League leaders Manchester City, who have shipped 14 goals in 24 games.

The next five games are likely to be key to deciding Wolves’ fate: they play Arsenal twice and travel to Spurs and West Ham. Don’t expect many goals in any of them, but only if Wolves can emerge unbeaten from that run might they avoid missing out on Europe entirely.

Where will they finish? 8th