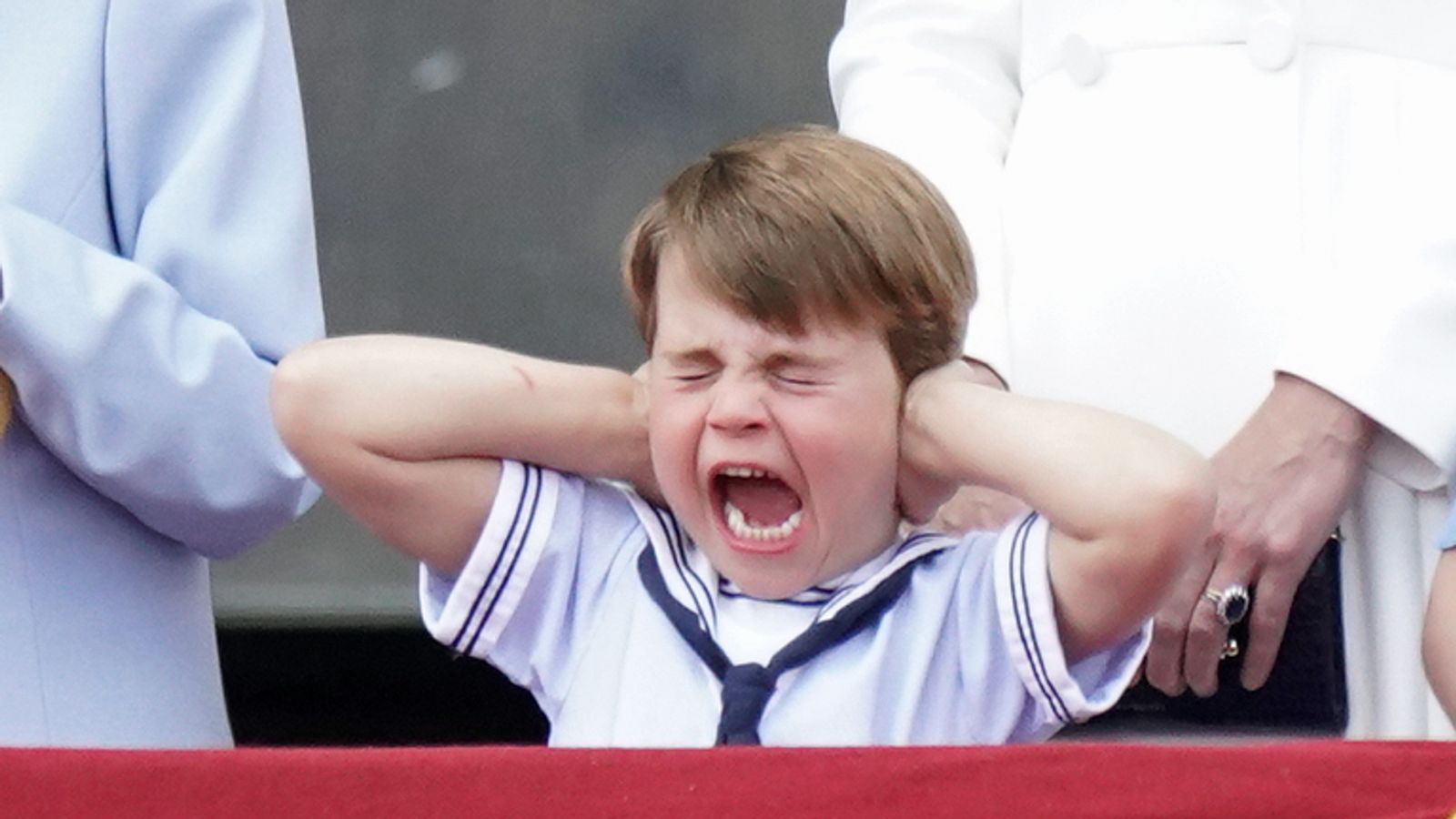 Prince Louis stole the show at the flypast for the Queen as he alternately waved, pulled faces and covered his ears as the planes soared overhead.

The Duke and Duchess of Cambridge’s youngest son, four, wore a light-blue sailor top with a striped collar, sleeves and shorts for the birthday parade that kicked off the Queen’s Platinum Jubilee celebrations.

The sailor suit looked exactly the same as one worn by his father, Prince William, on the palace balcony to watch a flypast for the Queen’s birthday in 1985 when he was three.

It is not known if it is the same outfit.

Louis, who is fifth in line to the throne, was first seen with his older siblings, Princess Charlotte and Prince George, in a carriage going down the Mall towards Buckingham Palace with Kate and the Duchess of Cornwall.

He waved excitedly at the crowd before his sister whispered to him and pushed his hand down but he quickly began waving again.

The youngest Cambridge child then entertained the crowds from the Buckingham Palace balcony.

Standing next to the Queen, he held his hands up to his temples at one point as he looked grumpily at the planes flying over.

He then covered his ears and looked as if he was screaming before looking up at his mother who spoke to him.

Louis peered eagerly up at the Queen as she chatted to the young prince before the rest of the family began to leave the balcony.

Kate then had to tell Louis to come inside as he continued to wave and peer out at the crowd of thousands below.