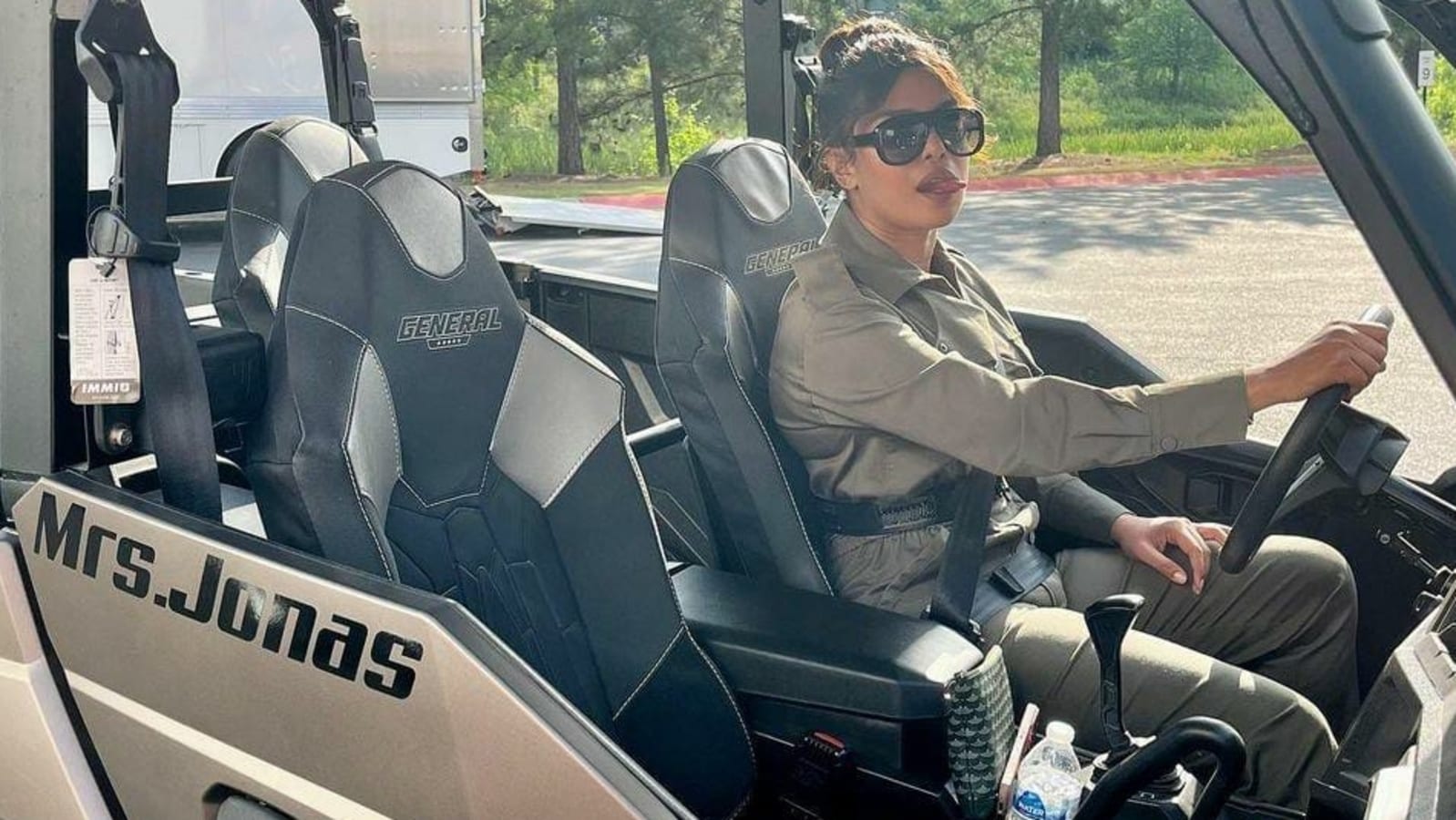 Priyanka Chopra has been beaming and showing off her brand new car. The actor posted a picture of herself on social media where she is sitting in an all terrain vehicle (ATV) emblazoned with the words ‘Mrs Jonas’ on the side. Priyanka revealed that it was her husband, singer Nick Jonas, who gifted her the ride. In the hashtags, Priyanka referred to Nick as the ‘best husband ever’. Also read: Priyanka Chopra shares pic of bruised face from sets of Citadel, fans ask ‘What happened are you ok’. See pic

Taking to Instagram on Saturday, Priyanka shared a picture of herself in the vehicle. She could be seen in the driver’s seat with one hand on the steering wheel. The words Mrs Jonas were imprinted on the side of the futuristic-looking steel grey vehicle. Priyanka captioned the picture, “Now that’s a ride (fire emoji)… thank you @nickjonas (heart emoji) always helping me with my cool quotient.” She added the hashtags ‘best husband ever’, ‘set life’, and ‘citadel’ at the end of the post.

The hashtags suggest that Nick may have given her the car for her commute on the sets of her Amazon Prime Video series Citadel. Priyanka has been busy with the shoot of the show, which also stars Game of Thrones and Eternals star Richard Madden. She regularly shares pictures and updates from the sets of the sci-fi show.

Recently, Priyanka left her fans worried for her health on Wednesday morning as she shared a picture of her bruised face from the sets of Citadel. Sharing the picture, she asked her fans if they too were having a tough day at work. Her caption led some of her fans to believe the actor was actually hurt on sets, while some wondered if she was posing with makeup on.

Priyanka and Nick welcomed their first child earlier this year. Their daughter Malti Marie was born through surrogacy in January. Malti spent 100 days in NICU before she came home to Priyanka and Nick on Mother’s Day recently.