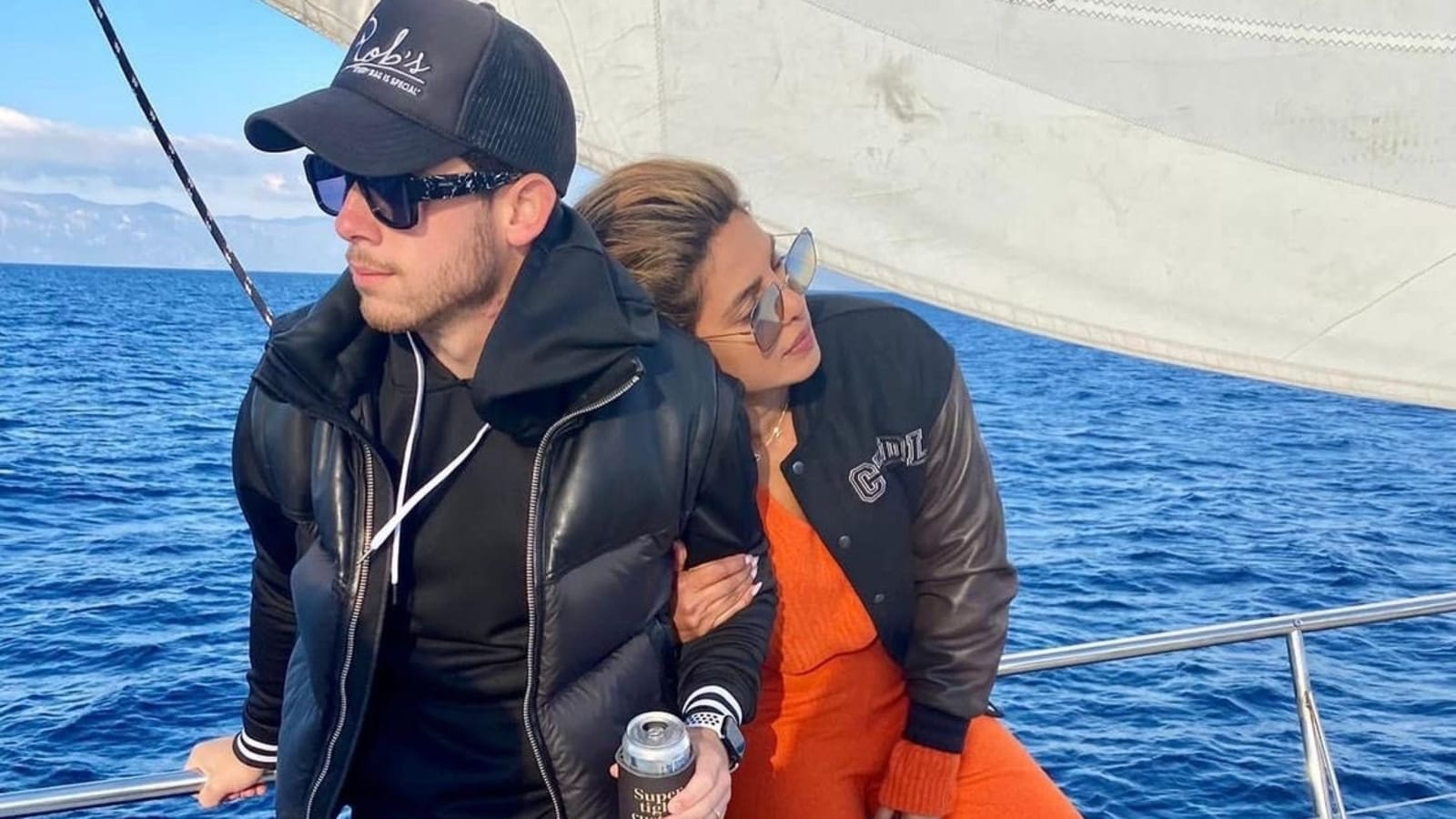 Priyanka Chopra made the most of her time in Nevada as she joined husband Nick Jonas for his golf championship. Post the finals of the American Century Championship, Priyanka and Nick took some time out to soak in the beauty of Lake Tahoe by spending some time on a yacht. Nick Jonas has now shared two stunning pictures clicked during the ‘magic hour’. They show the couple watching the sunset and the scenery. Also read: Priyanka Chopra turns cheerleader for Nick Jonas as he plays golf at Lake Tahoe. Watch

Sharing the pictures on Instagram, Nick simply wrote in caption, “Magic hour.” Priyanka is seen in an orange top and matching pants paired with a black jacket, whereas Nick is in an all black look. One of the pictures shows Priyanka resting her head on his shoulder as they sail on the blue waters.

Their fans couldn’t praise them enough as they reacted to the post in the comments section. A fan wrote, “Beautiful Couple !! May God continued to bless you both with endless love and happiness together.” Another wrote, “You guys are the best couple ever, you’re so amazing.” One more fan commented, “I’m gonna cry.”

On Saturday, Priyanka was seen cheering for Nick as he played golf during the championship which also had singer Justin Timberlake and actor Miles Teller among the participants. Priyanka was photographed signing autographs as she joined Nick at the venue.

Before sharing pictures with Priyanka, Nick also shared a glimpse of his time with Miles Teller. He wrote along with a picture of them together, “More Tahoe #acchampionship fun! With Miles and Colin. We may not have played (our best) but we sure had a good time and looked damn good doing it.”

Priyanka currently has Hollywood films Ending Things, It’s All Coming Back To Me and Farhan Akhtar’s Bollywood film Jee Le Zaraa in pipeline. She will soon be seen in her OTT debut, Citadel.