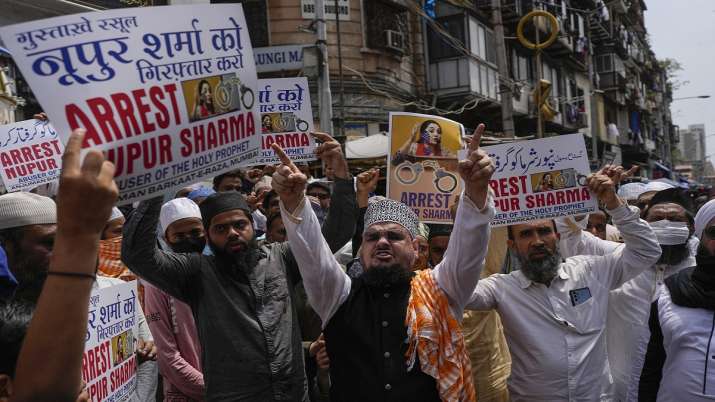 Prophet row: The Kuwait government on Sunday took strict action against those who took part in the protests against remarks made by former BJP leaders Nupur Sharma and Naveen Jindal on Prophet Mohammad.

The gulf country said that the protestors will be deported back to their respective countries. State media reported that they violated the laws and regulations of the country which stipulates that sit-ins or demonstrations by expats are not to be organized in Kuwait.

The All India Convener of Pragya Pravah, an affiliate of Rashtriya Swayamsevak Sangh (RSS), tweeted in this regard and said, “Govt of Kuwait decided to deport Indians who conducted protest rally in Faraheel city of Kuwait against Prophet remarks by Nupur Sharma. Their Visa will be cancelled permanently and will be deported to India”

On June 10, after the Friday prayers, protests broke out in Faheel against the controversial comments made by the ex-BJP leaders. The people involved in the protests are believed to be migrants from India, Pakistan and Bangladesh.