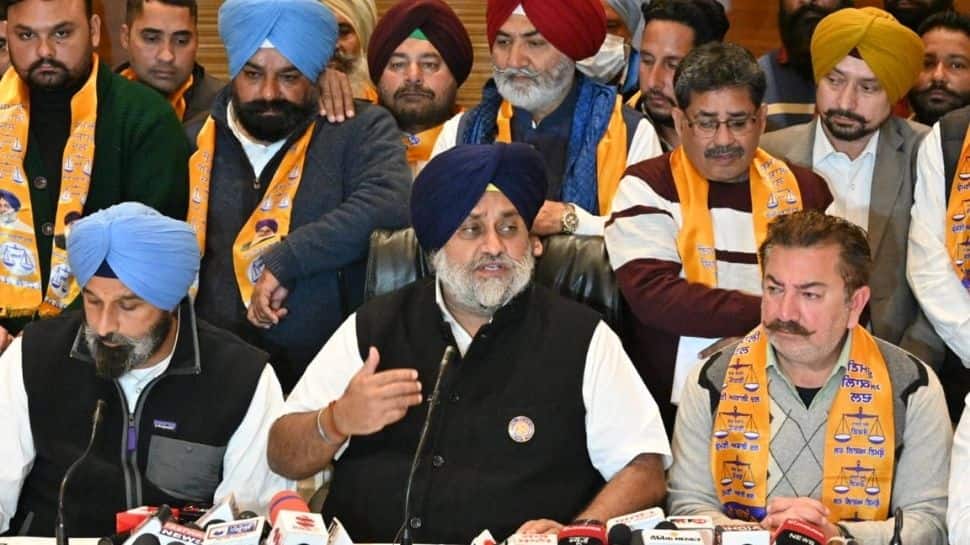 Amritsar: Politics makes strange bedfellows and this happened in the Punjab polity after the brother of a Congress Member of Parliament not only joined hands with Shiromani Akali Dal – Badal SAD(B) but also publicly announced to motivate the MP to join Akalis.

Rajan Gill was an aspirant of Congress party’s ticket from Khadoor Sahib assembly constituency but the party chose to nominate the sitting MLA Ramanjit Singh Sikki. In a show of protest and hope of replacing Sikki with him by party high command, Rajan Gill filed his nomination papers as a Congress candidate from Khadoor Sahib on his own but his papers were rejected during the scrutiny.

“I was given indication that party was contemplating on changing the Adampur and Khadoor Sahib candidates but it didn’t happen,” said  Rajan Gill who was appointed as General Secretary of SAD(B) by Sukhbir Singh Badal immediately after Rajan Gill joined the party.

Hoping to make a comeback in power and form the government, Akali’s have also sent feelers to Dimpa to ‘gauge’ his mood and persuade him to join SAD(B) reportedly with assurance of a plum post if Akali’s form the government in exchange of his support now.

An indication of this was given by his brother Rajan himself who said his decision to join Congress was taken in consultation with Dimpa and he would try to persuade and motivate his brother to join SAD(B).

Rajan Gill also revealed his grudges with Congress leadership saying that it was difficult for him to take the decision to quit Congress but he was peeved at the falling values and deviation from the principles in the Congress where workers were not getting their due and party leaders were promoting mafia in the state.

“It was due to such actions that my family members decided to part ways with the Congress after serving it faithfully for more than sixty years,” said Rajan Gill.

Will Dimpa be the next to join SAD(B)? This is the big question now being asked in Congress as well as Akali’s circles.

Visibly elated over ‘winning’ the heart of a faithful Congress family of Majha region of Punjab, Sukhbir Singh Badal said, “The contest in Majha has become totally one-sided in favour of the SAD, many more Congress leaders will be joining us in near future.”