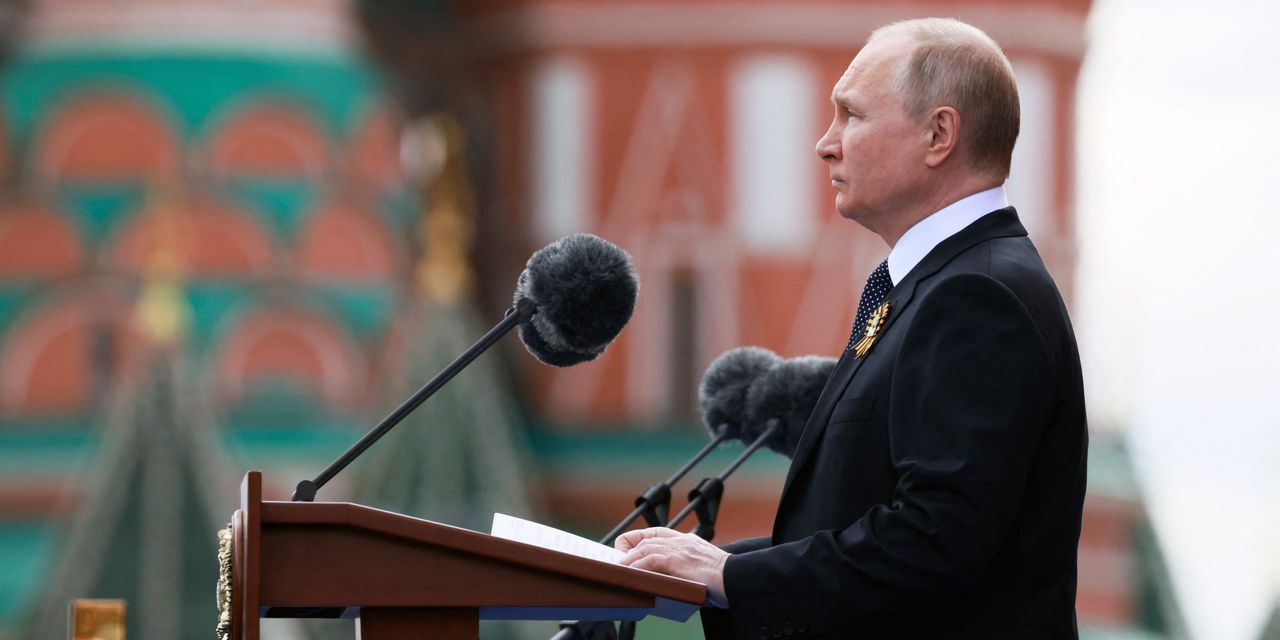 used the annual commemoration of the country’s victory over Nazi Germany in World War II to justify the Kremlin’s attack on Ukraine, saying it was the only way to prevent what he said was a planned assault on Russia.

Speaking to the nation from Red Square ahead of the traditional military parade here Monday, the Russian leader said the Kremlin had every indication that a clash with Ukraine, which he says is led by U.S.-backed neo-Nazis, was inevitable, so Moscow took pre-emptive action.

“The danger was growing day by day, so Russia gave a pre-emptive response to the aggression. It was a forced, timely and only correct decision, a decision made by the sovereign, strong and independent country,” Mr. Putin said. “We saw how the military infrastructure was being developed, how hundreds of foreign advisers began to work, regular deliveries of the most modern weapons from [the North Atlantic Treaty Organization] countries were occurring.”

Western and Ukrainian officials say Russia’s invasion of Ukraine, which began on Feb. 24, was unprovoked and is unjustified. Since the start of the war, Moscow has falsely claimed that the government in Kyiv is run by Nazis. Ukrainian President

who is Jewish and grew up speaking Russian, has argued that, given the loss of more than eight million Ukrainians during World War II, his people could never support such an ideology.

But many Russians believe the Kremlin’s narrative and support Russia’s war against its former Soviet vassal, according to independent and state polls, despite early setbacks.

Faced with stern resistance from Ukrainian forces, Russia’s military has refocused its mission on the country’s east, and has increased attacks on railways, electrical-power facilities and points where Western weapons and ammunition are flowing into the country. Russia has accused Ukraine of sporadic attacks and acts of sabotage on its territory in recent weeks.

Some Western officials and analysts had expected Mr. Putin to use the commemoration of World War II, known here as the Great Patriotic War, to potentially declare victory in what he has called a special military operation in Ukraine, or to call for a mass mobilization of Russia’s army and its citizens. The Kremlin has dismissed as nonsense speculation that it would call for a mass mobilization.

The Kremlin neither declared victory in Ukraine nor ordered a mass mobilization on Monday, but Mr. Putin did emphasize his claim that Russia’s invasion was in response to what he characterized as an existential threat.

“The defense of the Motherland, when its fate was being decided, has always been sacred,” Mr. Putin said.