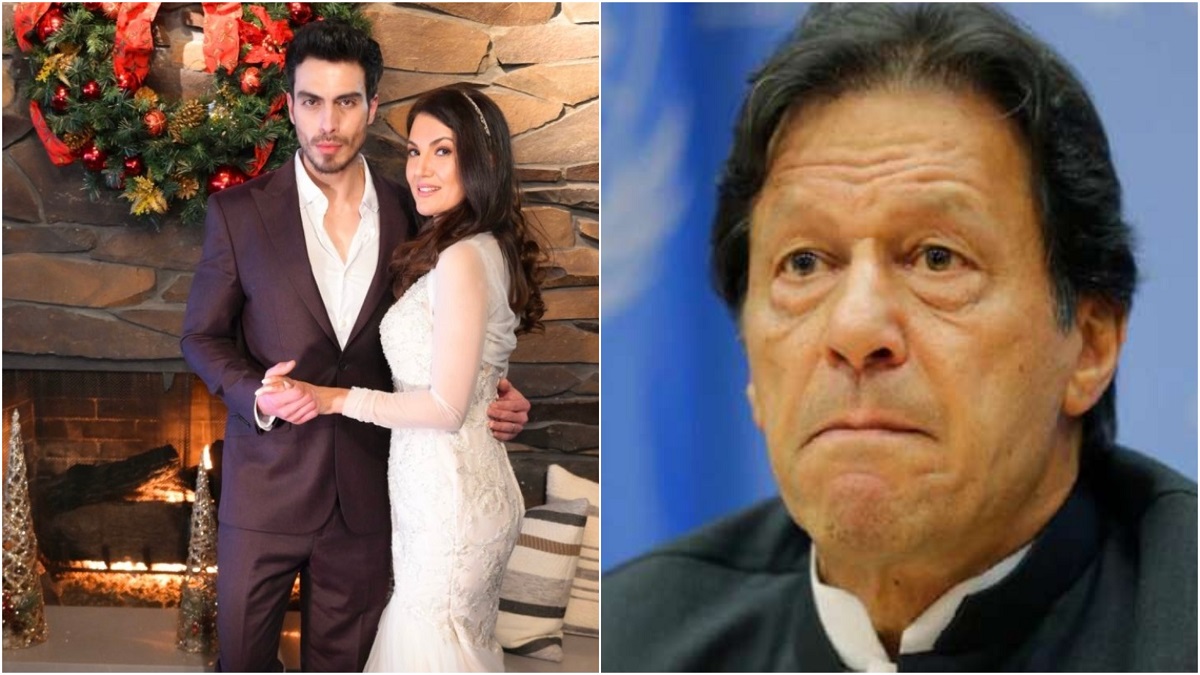 Pakistan: Former Pakistan Prime Minister Imran Khan’s ex-wife Reham Khan, on Friday, revealed that she tied the knot with model and actor Mirza Bilal Baig in the United States. 49-year-old Reham, a former journalist, took to Twitter to confirm about her new married life with Baig, who is 13 years younger to her.

“We had a lovely Nikkah ceremony performed in Seattle with the blessings of @MirzaBilal__ parents & my son as my Vakeel (sic),” she stated. “Finally found a man who I can trust,” Reham added in an apparent dig at her former partner Imran Khan.

She also shared a photograph on social media wherein Rehman was seen draped in a white wedding gown, whereas, his 36-year-old partner donned a mauve-coloured suit.

Incidently, this was also the third marriage for Baig who is a US-based corporate professional. Reham, a Pakistani-British television journalist, married Imran Khan in January 2015 during a ceremony at the latter’s residence in Islamabad but then filed for divorce 10 months later, as per a Daily Pakistan report.

After the divorce, Reham revealed that she had to bear the brunt of a hate campaign in Pakistan and that their marriage could not survive it. Notably, Jemima, Khan’s first wife, had also separated from his giving a similar reason. Currently, Imran Khan is married to his third wife Bushra Wattoo, with whom he tied the knot in 2018.

Born in Libya in 1973, Reham studied in Pakistan, and began working as a broadcast journalist in the United Kingdom in the mid-90s.  After moving to Pakistan in 2012, she reportedly met Imran Khan when interviewing him for a local TV show.

Earlier in July this year, Reham made a guest appearance on a Pakistani YouTube show, where she revealed about finding love again. Answering a question about her marriage plans, Reham said she has been told by a family member, who is also a palmist, that she would actually get married again. It should be mentioned here that Rehana had experienced two failed marriages before finding her “trusted man” Bilal Baig.