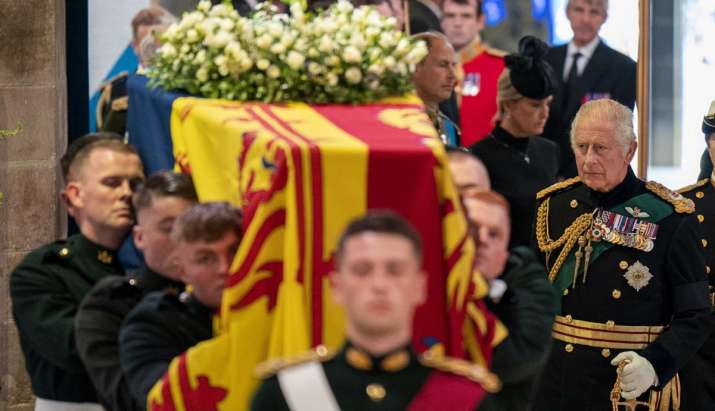 Queen Elizabeth II death: The death of Queen Elizabeth II set in motion a tightly choreographed series of ceremonial and constitutional steps, as Britain undergoes a period of national mourning and enters the reign of King Charles III. A long-established 10-day plan, code-named Operation London Bridge, covers arrangements for the queen’s final journey to London and state funeral. Here is a look at what will happen in the coming days:

— King Charles II and Camilla, the Queen Consort, visited Parliament to receive condolences from the House of Commons and the House of Lords.

— The royal couple then flew to Edinburgh where they attended a service of remembrance for the queen, visit the Scottish Parliament and meet senior officials.

— The queen’s coffin, accompanied by the king and queen consort, traveled to Edinburgh’s St. Giles’ Cathedral where it will stay for 24 hours so the public can pay their respects. Members of the royal family held a vigil by the coffin in the evening.

— The queen’s coffin is taken by hearse to Edinburgh Airport. It will be flown by the Royal Air Force to London and taken to Buckingham Palace.


— The king and Camilla will visit Northern Ireland, where they meet politicians and faith leaders and attend a service of remembrance at St. Anne’s Cathedral.

— The coffin is transported from Buckingham Palace to Parliament on a gun carriage, with the king and other royals walking behind.

— It is placed in Parliament’s medieval Westminster Hall, where the archbishop of Canterbury conducts a short service. The queen will then lie in state for four days, until the morning of her funeral. Members of the public will be able to pay their respects and troops will keep a round-the-clock vigil.

— The king and queen consort will visit Wales.

— The queen’s coffin will be taken from Westminster Hall to nearby Westminster Abbey for a state funeral that begins at 11 a.m. Leaders and dignitaries from around the world are expected to attend.

— The funeral marks the end of 10 days of national morning, and the day will be a public holiday across the U.K.