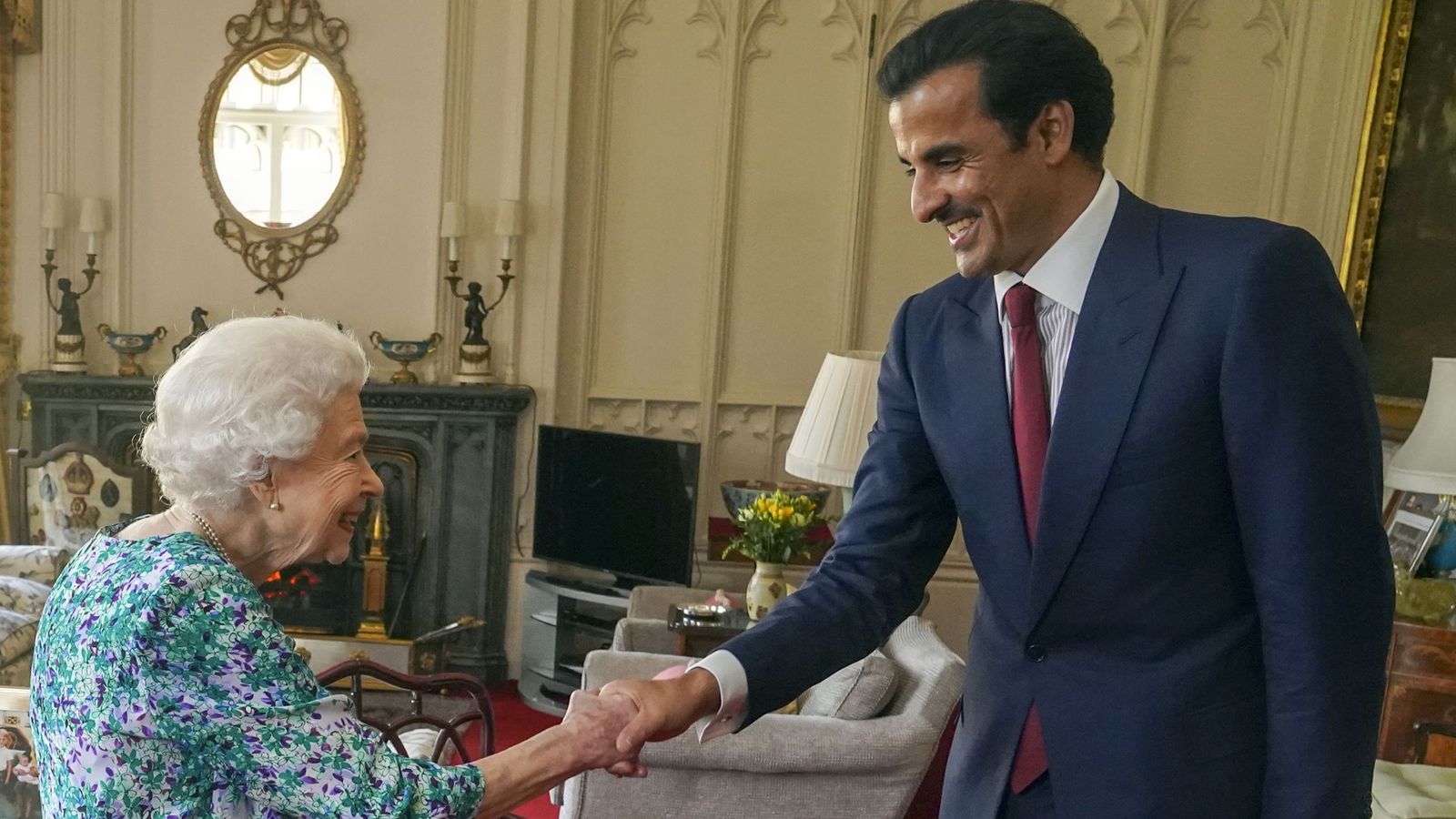 The Queen has welcomed the Emir of Qatar to Windsor Castle ahead of the controversial World Cup to be hosted in the country later this year.

The monarch stood and shook hands with Sheikh Tamim bin Hamad Al Thani a day after using a golf buggy to tour the Chelsea Flower Show.

The Queen, whose Platinum Jubilee national celebrations are just over a week away, met with the Emir in her Oak Room sitting room.

Wearing a blue and green floral dress, the Queen, 96, smiled broadly as she greeted her guest.

The Queen has suffered from “episodic mobility problems” in recent months, Buckingham Palace said after she was forced to miss the State Opening of Parliament at the beginning of May for the first time in 59 years.

Before meeting Her Majesty on Tuesday, the Emir used a bilateral discussion with Prime Minister Boris Johnson to invite him to travel to Qatar to watch the World Cup this winter.

The tournament has been dogged by accusations of human rights abuses against migrant workers brought into the country to help build new stadiums for the tournament.

Qatar’s right to stage the major sporting event was publicly questioned at the FIFA Congress in Doha in March, with the president of the Norwegian federation saying there was “no room” for hosts who could not legally guarantee the safety of LGBTQI+ people.

Same-sex relationships are directly criminalised under the laws of the Gulf state, leading to concerns over the wellbeing of LGBTQI+ people visiting for the tournament and those from that community who reside there.

FIFA and the Supreme Committee insist supporters from the LGBTQI+ community will be made welcome.