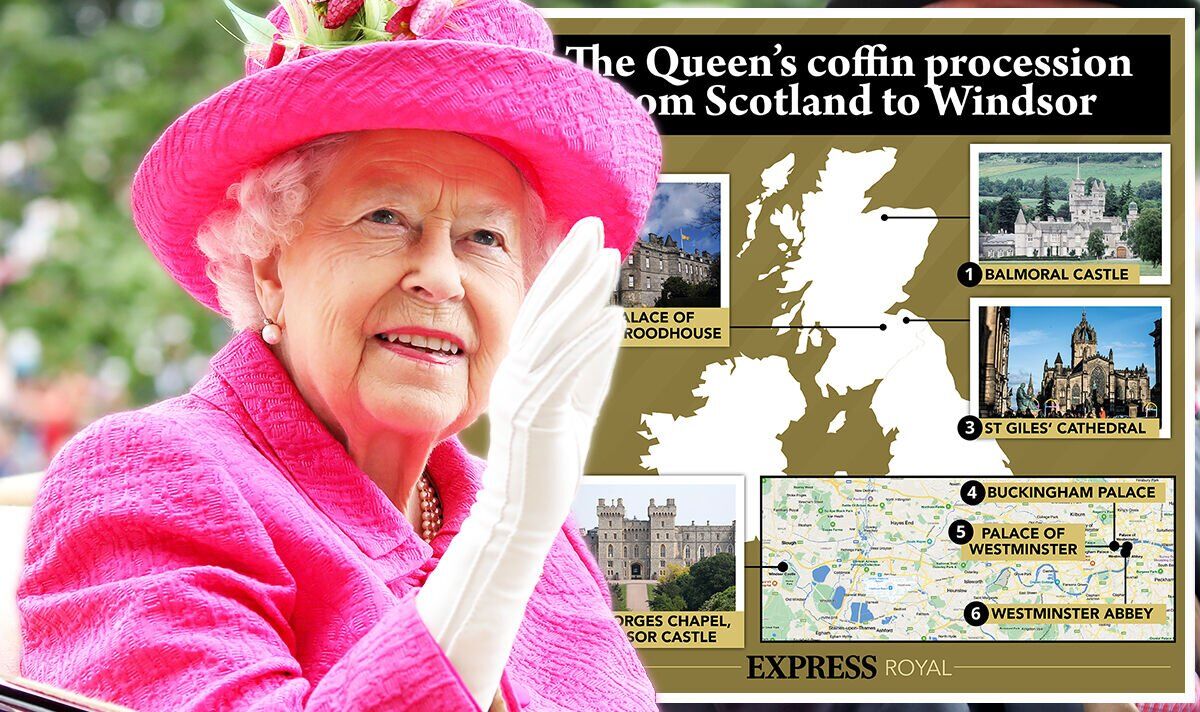 Queen Elizabeth II died at the age of 96 on September 8 at her beloved royal residence of Balmoral Castle in Scotland. The monarch’s coffin, draped with the Royal Standard, is resting in the castle’s ballroom, but it will soon begin the procession to London for a state funeral.

On Sunday, the Queen’s coffin is expected to be taken by road to the Palace of Holyroodhouse in Edinburgh.

If the journey is via car, the procession from Balmoral will loop through the rolling Highland landscapes the Queen so adored throughout her lifetime.

On Monday, the coffin will proceed along Edinburgh’s Royal Mile to St Giles’ Cathedral.

READ MORE: Queen Elizabeth II will: The royals who could inherit her vast fortune

Here, a service will be held and members of the Royal Family will take part in the Vigil of the Princes.

On Tuesday, the Queen’s coffin is expected to be flown to London and will rest at Buckingham Palace.

A ceremonial procession will take place in London to Westminster Hall on Wednesday.

It is expected that people will be allowed to pay their respects when the Queen’s coffin lies in state for four days.

Where will the Queen be buried?

The chapel is also where the Queen’s sister Princess Margaret’s ashes are buried.

The late Prince Philip’s coffin will be moved from the Royal Vault to join the Queen’s in the memorial chapel.