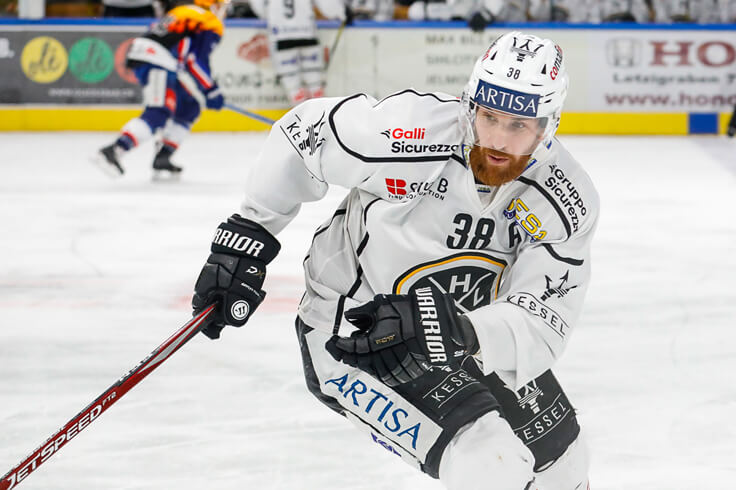 The 38-year-old forward thus bids farewell to HC Lugano. He has been playing for the National League team since his junior days.

Raffaele Sannitz’s jersey No. 38 will be retired and will join Julien Vauclair’s number in the rafters of the Cornèr Arena. His number will thus never be worn by another Lugano player again.

The forward is a product of HC Lugano and has, except for the 2004-05 season when he played in North America, only ever been under contract with the Bianconeri. In almost 800 regular-season games, he recorded 98 goals and 190 assists.

The forward won the National League title twice with the Bianconeri (2003/2006). Sannitz also took part in the 2010 Olympic Games, participated in four World Championships, and won a silver medal for Switzerland at the U18 level.