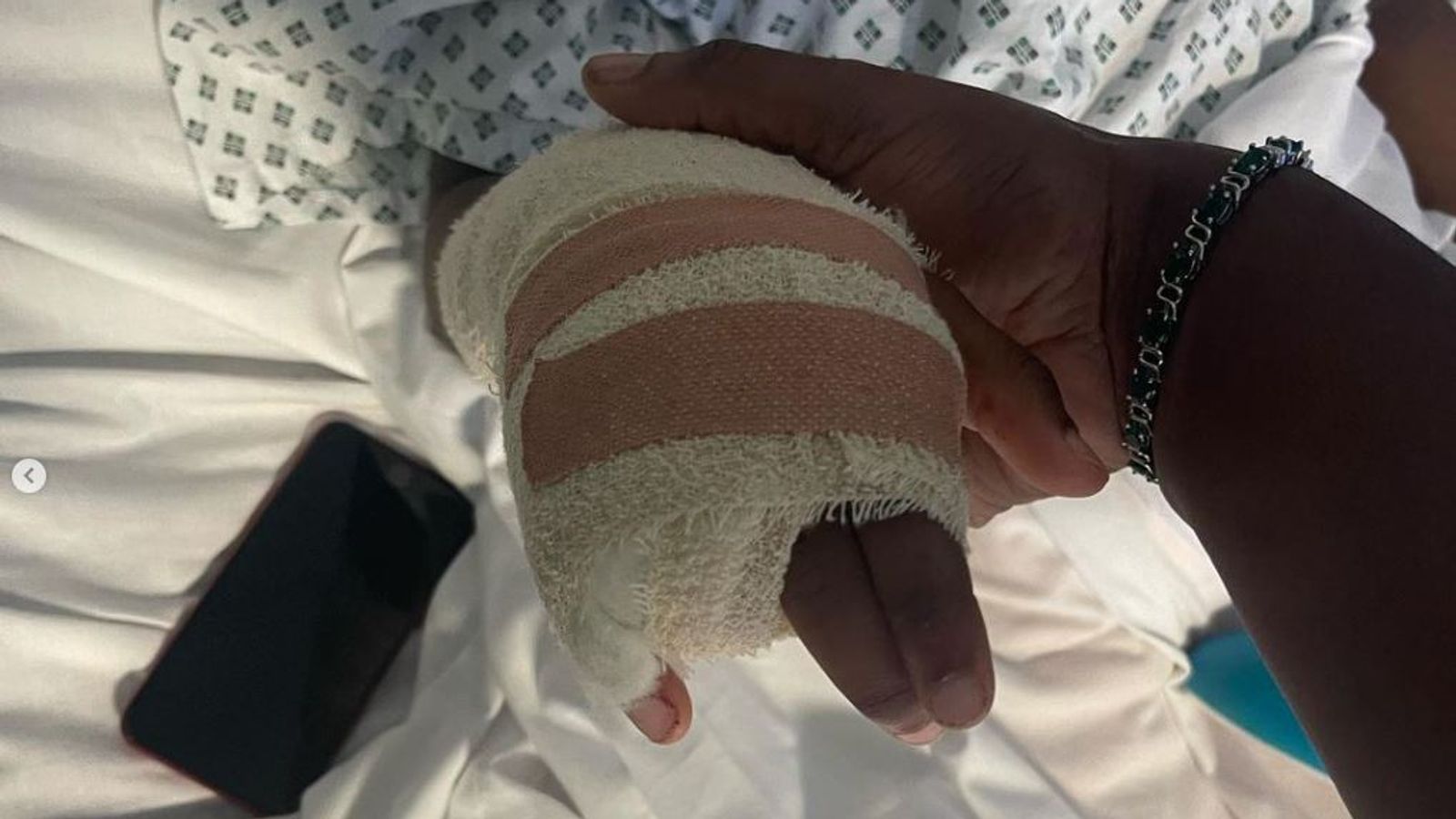 The education secretary says an alleged bullying incident in which an 11-year-old boy lost a finger is “sickening” – as he spoke of his own bullying ordeal as a child.

Nadhim Zahawi told Sky News he was determined to “stamp out” racism in schools after youngster Raheem Bailey had his finger amputated following an alleged attack by a group of children in South Wales.

The 54-year-old cabinet minister said he was bullied and racially abused himself after he moved to the UK from Iraq as a child.

In one incident, he said he was thrown in a pond by bullies who then “dunked” his head under the water as “entertainment”.

Raheem’s mother Shantal Bailey told how her son was beaten, kicked and pushed to the ground by a group of children at school earlier this week.

The little boy tried to escape, Ms Bailey said, but got his finger caught while climbing a fence, and it later had to be amputated.

Speaking to Sky’s Sophy Ridge on Sunday, Mr Zahawi said the alleged incident was “sickening” and “we always need to do more” to tackle racism and bullying.

“I suffered bullying when I first arrived on these shores,” he said.

“I couldn’t speak English and it was hard.

“I remember my first experience, my first school was Holland Park School, being chased around the park as a sort of entertainment for bigger boys and then throwing me in the pond, dunking my head down in the pond.

“Pretty horrific for a child who has just arrived on these shores.”

Mr Zahawi said he did not know if there was a racist element to the bullying he suffered.

“It was a long time ago, but I’ve certainly been at the receiving end of other racist slurs, words,” he added.

“I was called a p*ki at school and I had to explain if they mean I’m from Pakistan, I’m not from Pakistan. I’m actually from a place called Iraq, and I’m of Kurdish origin. It’s called Kurdistan.

“There’s no place for racism anywhere in our society, let alone in education.”

Raheem’s mother said her son had been facing “racial and physical abuse” as well as being bullied about his height since he started secondary school at Abertillery Learning Community in south Wales in September.

She described his plight on a GoFundMe page with a target of £10,000 which she set up to raise money for a prosthetic finger and money to aid his recovery. It has now raised more than £73,000.

A spokeswoman for Abertillery Learning Community told Wales Online: “We are currently working closely with Gwent Police and the Local Authority to establish the full details of the incident.

“The well-being and safety of our pupils and staff remains of paramount importance.”