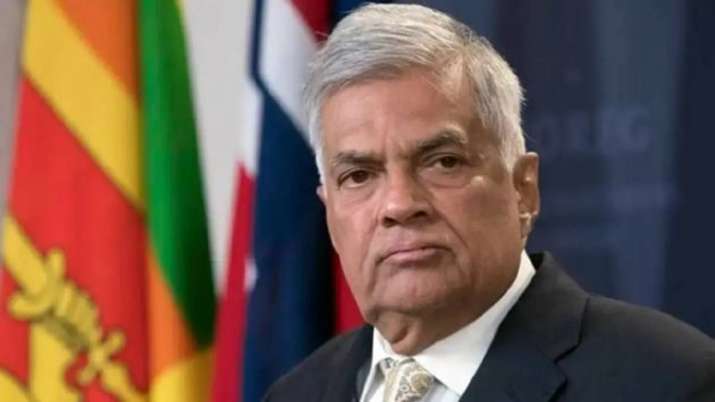 Sri Lanka president election: Acting President Ranil Wickremesinghe was on Wednesday elected as Sri Lanka’s new President by Parliament, following a high-voltage political drama that saw his predecessor Gotabaya Rajapaksa fleeing the country and resigning after a popular uprising against his government for mismanaging the economy.

The new President will have a mandate to serve out the rest of Rajapaksa’s term, which ends in November 2024.

The only previous occasion when the presidency became vacant mid-term was in 1993 when president Ranasinghe Premadasa was assassinated. DB Wijetunga was unanimously endorsed by Parliament to run the balance of Premadasa’s term.

It was important for a candidate to cross the magical figure of 113 in the 225-member House to win the election. The new President will have a mandate to serve out the rest of Rajapaksa’s term, which ends in November 2024.

In the crucial election, 223 lawmakers voted while two MPs abstained.

Speaker Mahinda Yapa Abeywardena was the first to vote. The two senior Rajapaksa brothers – Mahinda and Chamal – were also present during the voting.

Wickremesinghe till Tuesday night maintained a close edge as a number of MPs had pledged their support to him while his rival Alahapperuma had received crucial backing from the Opposition parties as well as a majority of lawmakers from his parent party – Sri Lanka Podujana Peramuna (SLPP).

Alahapperuma’s name was proposed by the Leader of the Opposition Sajith Premadasa and Member of Parliament G L Peiris seconded it.

Wickremesinghe, 73, was already being seen as the frontrunner as he has the backing of the ruling Sri Lanka Podujana Peramuna (SLPP). Though he faced a serious challenge from 63-year-old Alahapperuma, who was backed by the main opposition.

The Sri Lanka Freedom Party (SLFP), the Tamil Progressive Alliance (TPA), Sri Lanka Muslim Congress (SLMC) and All Ceylon Makkal Congress (ACMC) had decided to vote for Alahapperuma. However, several lawmakers said they will not follow the party line and instead vote for Wickremesinghe.

The Parliament will convene again on July 27.