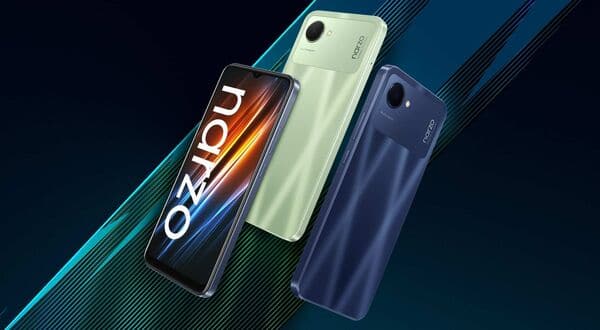 Realme, a Chinese smartphone manufacturer has announced its Realme Narzo 50i in India, set to launch on September 13. Apart from announcing the launch date, the handset company has also teased some specifications including display size, battery capacity, and colour options. The handset was launched in Malaysia earlier this year. It runs on Android 11 and is powered by an unnamed octa-core Unisoc SoC.

The Realme Narzo 50i Prime supports expansion via microSD card up to 1TB though a dedicated slot. However, the specifications of the Indian variant may differ from the Malaysian version.

According to the Amazon microsite and Realme website, the Realme Narzo 50i Prime will launch in India on September 13 at 12:30PM. There is a ‘Notify Me’ button on the e-commerce platform as well as the company’s website. The Chinese smartphone brand has also teased some of the specifications of the handset.

As per the announcement, the upcoming Realme Naro 50i Prime will feature a 6.5-inch display with waterdrop notch and 400 nits of brightness. This phone packs a 5,000mAh battery with a USB Type-C charging port. IT will be available for purchase in Dark Blue and Mint Green colour options. Some of these specifications were previously shared by the brand via the Amazon microsite.

Meanwhile, Realme has also recently launched its all-new Realme C33. This handset comes powered by Unisoc T612 processor and is equipped with a 50MP primary sensor on the rear. Realme C33 comes with a starting price of ₹8,999. Realme C33 is offered in two models. The base variant packs 3GB RAM and 32GB internal storage. It is priced at ₹8,999. Another model has 4GB RAM and 64GB ROM, and carries a price tag of ₹9,999. Aqua Blue, Night Sea and Sandy Gold are the colour variants of the phone.

The smartphone will go on sale on September 12, 2022 at 12pm. It will be available on Flipkart and Realme.com along with offline retail stores.

The handset runs on the company’s own Realme UI S Edition based on Android 12 operating system. Realme C33 features a 50 MP main camera on the back. It comes with features like panoramic view, portrait mode, time-lapse, super night mode and more. For selfies, the smartphone boasts of a 5 MP front-facing camera for selfies.