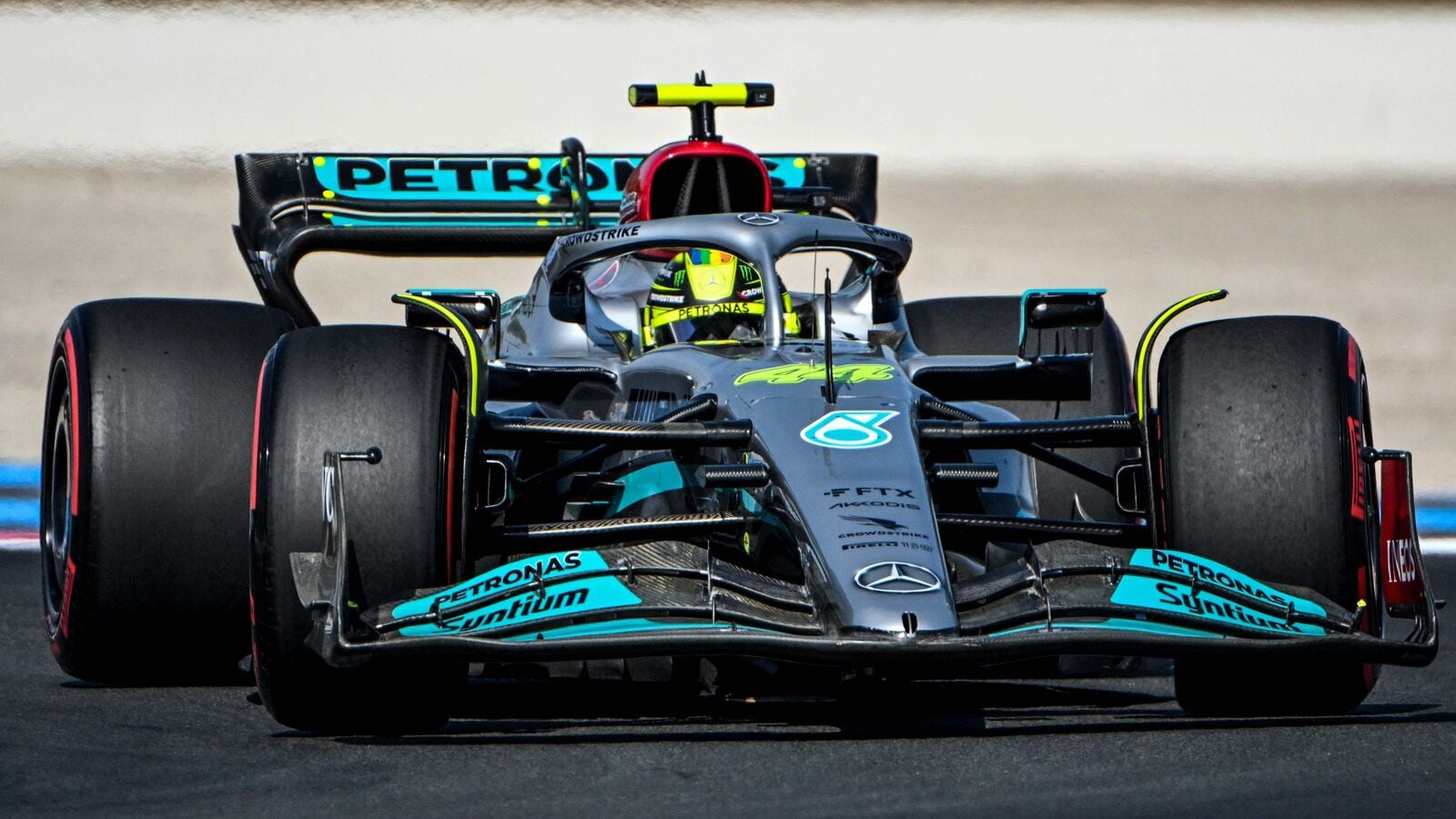 Hamilton finished third in the last three races but has now gone 12 without a win.

Red Bull and Ferrari remain in a league of their own at the top of Formula One, and it could be a while before Mercedes win again, said seven times world champion Lewis Hamilton on Saturday. Hamilton representing Mercedes qualified fourth a5t the French Grand Prix, but nearly a second off the pace of Ferrari’s pole-sitter Charles Leclerc. The track performance shows that gap had grown rather than shrunk.

Speaking about his own performance Hamilton said that he is really happy with the qualifying session. “My last lap was great. I finished it and I was like ‘ah, it’s an awesome lap.’ It was still nine tenths off the guys ahead. I’m not really sure why that gap’s got bigger between these two races. They are kind of in their own league I would say, just performance-wise,” he further added. Hamilton also said that the upgrades Mercedes had brought in were worth maybe half a tenth of a second.

He further said that in the last race his team was three or four tenths off. “I was thinking this weekend maybe we’ll be two tenths off and then we’ve been a second all weekend and sometimes a second and a half,” he further stated.

Hamilton finished third in the last three races but has now gone 12 without a win, the longest such drought of his career. The 37-year-old makes his 300th start on Sunday and no driver has ever won after going past this milestone.