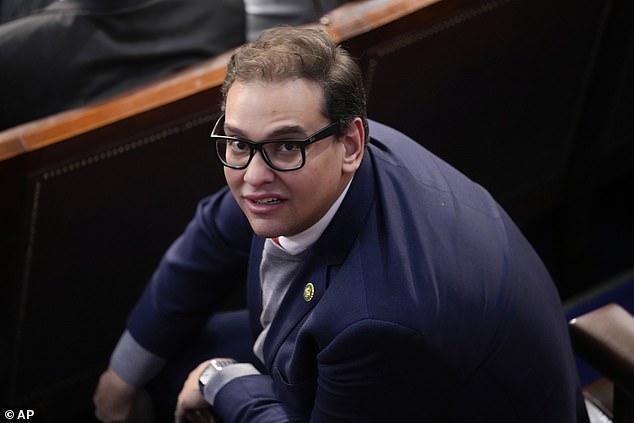 A formal complaint has been filed with the Federal Election Commission (FEC) against Rep. George Santos for numerous campaign finance violations.

In a civil complaint filed Monday the nonprofit Campaign Legal Center (CLC) accused the New York Republican of illegally using campaign donations for personal expenses, including to pay rent, and for concealing the origins of the $700,000 Santos said he loaned to his campaign.

In 2022, Santos said he loaned his campaign $705,000 from his personal riches. CLC questioned how Santos could have had such a stash saved up.

‘It is far from clear how he could have done so with his own funds, because financial disclosure reports indicate that Santos had only $55,000 to his name in 2020,4 and his claims of having earned millions of dollars in 2021 and 2022 from a supposed consulting business that he started in May 2021, Devolder Organization LLC (“Devolder LLC”), are vague, uncorroborated, and non-credible in light of his many previous lies.’

A formal complaint has been filed with the Federal Election Commission (FEC) against Rep. George Santos (R-NY) for numerous campaign finance violations

‘The concealed true source behind $705,000 in contributions to Santos’s campaign could be a corporation or foreign national — both of which are categorically barred from contributing to federal candidates.’

Santos has admitted in interviews to having ’embellished’ his resume and education history.

The complaint also took issue with the dozens of expenses Santos’ campaign lists at $199.99 – just one penny below the $200 threshold when itemized receipts are required by the FEC.

On October 13, 2021 Santos reported a $199.99 hotel stay at the W Hotel South Beach of Miami, but the cheapest hotel room available for a midweek stay that week is priced at over $700.

The campaign also reported a $199.99 parking charge at JFK airport in New York but there is no combination of fees at that parking garage that would end in $99.99. It reported a $199.99 charge for CLEAR identity verification at the airport, but CLEAR’s standard annual membership is $189.28.

CLC notes Santos listed six expenses totaling $13,500 that were listed as ‘apartment rental for staff,’ but a New York Times report found that Santos himself had been living there.

‘One neighbor said Santos himself had been living there for months, and two others said that they had seen Santos and his husband coming and going,’ the Times reported.

A Santos spokesperson declined to comment on the new complaint.

Vish Burra, who worked as a producer on Bannon’s ‘War Room’ podcast, is set to join Santos’ staff as operations director, according to Newsday.

Burra also serves as executive director of the New York Young Republicans Club – which last month hosted Santos at a gala along with Georgia Rep. Marjorie Taylor Greene and members of the far-right Austrian Freedom Party founded by a former Nazi SS officer.