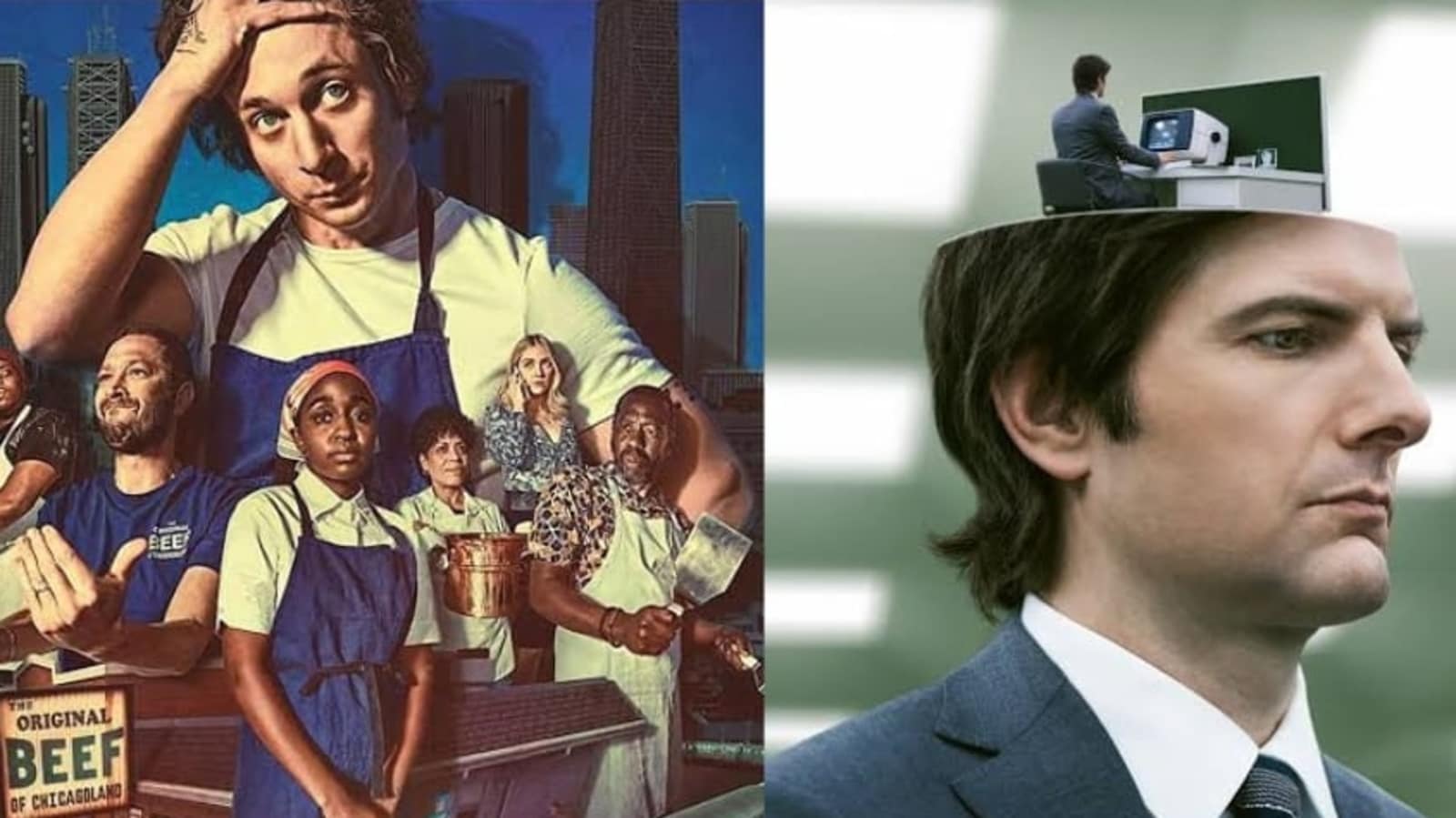 In the age of Peak TV, listing the best shows of the year almost feels like a futile exercise. In the streaming era, it’s physically not possible to keep up with every show across all platforms. It’s quite literally everything, everywhere, all at once. But what a delightful problem to have. We’re drowning in great, diverse storytelling of all shapes, sizes and genres. Also read: Ms Marvel first reactions out; critics praise lead actor Iman Vellani, compare show to Spider-Man films

And TV in 2022 remained gloriously unpredictable. This is the year where a Marvel series name-dropped Shah Rukh Khan, Star Wars grew up, Middle Earth returned to our lives in a massive, shiny yet empty Amazon series, and we got winning new installments that sucked us back into both Westeros and Hawkins.

From charming classroom sitcoms to irreverent animated fantasies to Silicon Valley nut jobs to an oddly lovable look at male pornography in the 70s, in no particular order, here’s our list of some of the best shows of 2022:

Some shows feel like they have a direct line to your heart. Amazon Prime Video’s As We See It, a deeply empathetic examination of humanity beyond hardship, follows three twenty-something flatmates, all of whom are on the autism spectrum and played by actors who are themselves on the spectrum. Instantly charming and brimming with wonderfully endearing, huggable characters, the show sees them navigate family, friendship, careers, matters of the heart and beyond, all while trying to fit into a world that would have them believe that what makes them different is a problem. But aside from its unapologetic agenda of trying to get us to better understand life on the spectrum, As We See It is equally one of the most affecting and moving shows about love and connection I’ve seen in the longest time.

Perhaps its greatest triumph is that, through its eight breezy yet deeply rewarding episodes, As We See It demands that its characters – Harrison, Violet and Jack – matter to you. And they truly do.

At a time when the Star Wars universe feels like a repetitive, unfocused blur of whiny Chosen Ones, mopey Jedis and tired Skywalker sagas, the Diego Luna-led Andor offered some of the franchise’s most mature, sophisticated, and grounded storytelling. Disney+Hotstar’s 12-episode series delves not only into the origins of Rebel Spy Cassion Andor (Diego Luna), but also the origins of the Rebellion itself and the gradual awakening of a people against the Galactic Empire oppressing them.

At a time when fantasy and sci-fi universes have been reduced to delivering spectacle alone, Andor sought not only to entertain but also challenge, move, provoke and have us reflect. Throw in some incredibly well-acted, finely-etched characters in haunting spymaster Luthen (Stellan Skarsgård), suffocated senator Mon Mothma (Genevieve O’Reilly), and prison leader Kino (Andy Serkis), to name a few.

Creator Tony Gilroy forced us to take the Star Wars universe, and its stakes, seriously, giving us an Empire that isn’t merely campy but actually scary and a rebellion that isn’t cute, but legitimately life-threatening. Like the rebels it follows, Andor is built on the belief that a small band of determined misfits (and storytellers) can take a stand, make a difference and challenge the status quo of a galaxy far far away.

Ms. Marvel wasn’t the most even ride. Too lofty were its ambitions in its attempt to give us a wholesome coming-of-age story and a gentle examination of Partition and South Asian culture, all wrapped up in a superhero origin story. But thinking back to it now, more than its messy macro picture, all I can seem to remember are its micro triumphs – the dazzlingly charming Iman Vellani, the giant leaps it takes for representation, and that bitchin’ soundtrack.

At its delightfully whimsical, visually playful best (the first two episodes) the show introduced us to one of the most endearing MCU heroes to date, and her endlessly huggable family (Mohan Kapur and Zenobia Shroff). What’s left to say aside from throwing back to one of my favourite scenes of the year – a meet-cute between Kamala and the charming new brown boy in school which involves them trading opinions about what the best Shah Rukh Khan movie is (I squealed like a child). It’s second only, perhaps, to one of the year’s best comedic lines – an irritable Imam in a mosque shouting “no snapchatting in the Masjid!” at two teenage girls.

Who would’ve thought that in 2022, incredibly well-crafted stress would make for great TV? A gifted chef takes over the Chicago-based sandwich shop owned by his late brother. It’s a simple enough premise. But it’s brought to life with visceral storytelling and thrillingly dynamic, high-stakes energy that makes every day in a professional kitchen feel like it could be your last. Beneath the pure chaos of this delicious, word-of-mouth sensation was a delicate balance of drama and comedy and, like the most satisfying meals, I can’t wait for more.

A laugh-out-loud exploration of the disparities and absurdities that define life within the public school system, Abbott Elementary is both familiar, as a triumphant comedic comfort watch, and fresh. A beacon of relatability to every worn-out teacher trying to do right by their students, Abbot not only masterfully transplants The Office/Parks And Recreation mockumentary format to a deprived Philadelphia school, it breathed new life into it. Throw in a second season that’s somehow even funnier than its predecessor and what you get is some of the year’s most delightful TV.

Despite Silicon Valley essentially owning Hollywood at this point, 2022 offered up three intriguing ‘God-complex-start-up-nut-jobs-gone-rogue’ shows with The Dropout, Super Pumped (the Uber story), and WeCrashed (the WeWork story). But of the three, none were quite as biting, potent, and emotionally rewarding as The Dropout. An absorbing true-crime-story-meets-compelling-character-study, the series (From New Girl creator Elizabeth Meriwether) follows the rise and rise and rise and spectacular fall of Theranos founder Elizabeth Holmes.

Alongside a formidable Naveen Andrews as Sunny Balwani, Amanda Seyfried offered up a career-best performance as Elizabeth Holmes – the unhinged figure defined by her insecurity, artifice and industrial-sized imposter syndrome. The Dropout does what all great biopics set out to do, have us understand and empathize with a despicable figure. But it’s equally a riveting cautionary tale about a Silicon Valley system that rewards empty hype over tangible achievement (the real Holmes was finally sentenced to over a decade in federal prison last month).

Thriller? Mystery? Whodunnit? Satire? Dystopian drama? An exploration of a company that allows certain employees to have their memories of work and home completely divorced from one another, Severance was a thrilling, chilling take on corporate control. Scathing commentary met bravura storytelling in the hands of Ben Stiller’s self-assured direction, and stellar performances from Adam Scott, John Turturro, and Christopher Walken, among others. Apple TV’s smashing triumph is an absorbing mindscrew of the first order and made for some of the year’s most captivating television.

Despite its staggering length (including a four-hour season finale!), with season four, the Duffer Brothers delivered yet another smashingly well-crafted chapter of sci-fi thrills. Season after season Stranger Things has managed to provide the same giddy adventurous thrills — it’s essentially the same plot and distinct experience time and again. But with season 4, the Duffers were done going in circles and drip-feeding us the good stuff, finally offering substantial (and long overdue) answers about the Upside Down, Vecna/One/Henry, Eleven and beyond, along with some seriously upped stakes and consequences. Overstuffed as it was, Season 4 was at once massive, ambitious, satisfying, and crushingly emotional. We got reunions, psychic fights, exploding blood-filled balloons, and even an Upside Down guitar solo for the ages. With its fourth chapter, Stranger Things was done messing around and sets up what promises to be an electrifying finals season. The gates are open. Vecna won. The Upside Down is here.