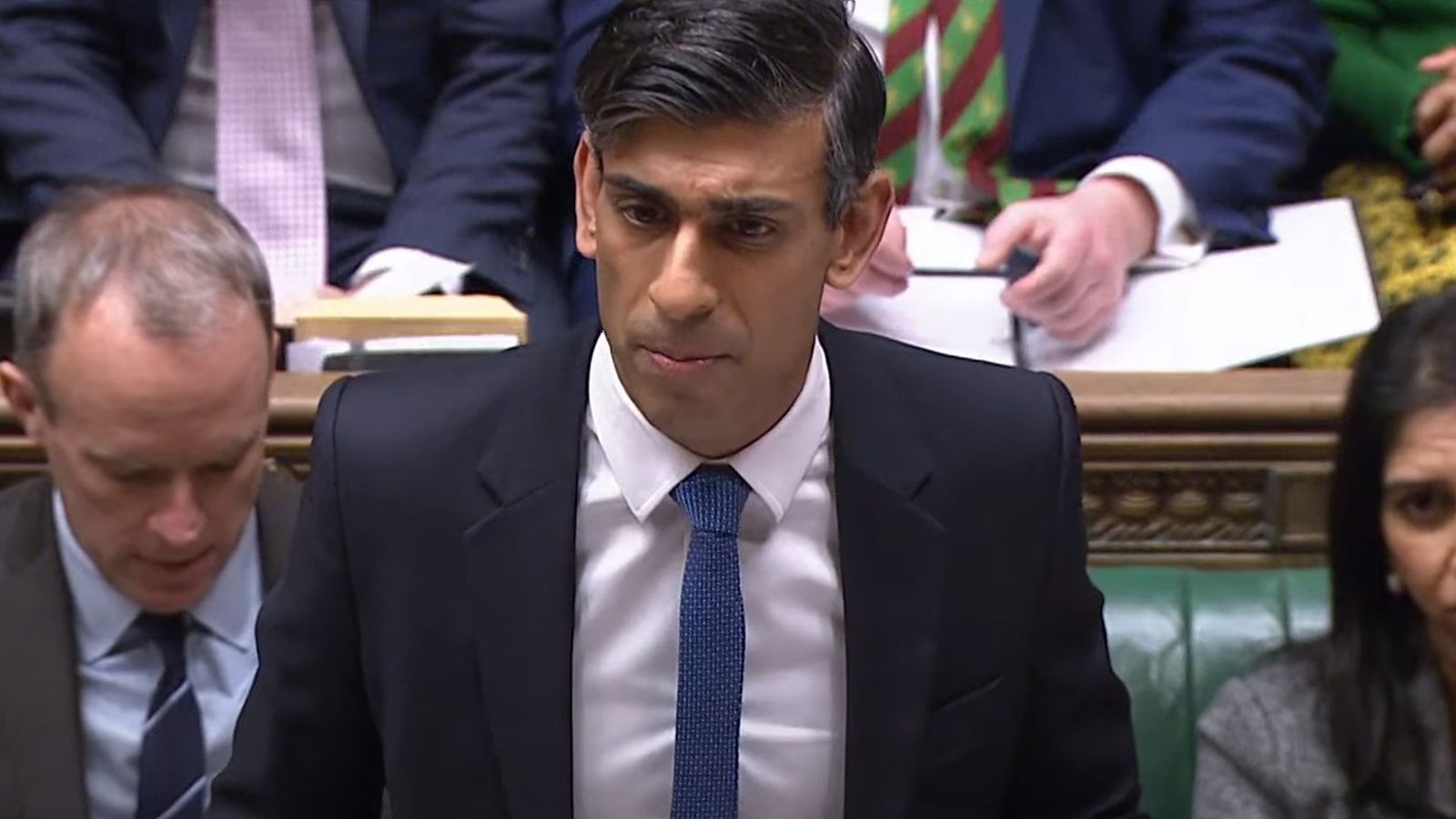 Rishi Sunak has been branded a “total liability” and “hapless” as he faced backlash for being fined for a second time, with police handing him a fixed penalty notice over not wearing a seatbelt.

Lancashire Police issued the notice after the prime minister appeared without a belt in a clip on Instagram as he promoted his levelling-up funding in Lancashire.

Mr Sunak has accepted the fine, with Downing Street saying he “fully accepts this was a mistake” and will “of course comply with the fixed penalty”.

Critics are now accusing the PM of showing “the same disregard for rules” as his Number 10 predecessor Boris Johnson.

Chris Bryant, Labour MP for Rhondda, said: “Sunak promised honesty, integrity and accountability on the steps of Number 10. Not only has he been fined again for breaking the law, but Zahawi has been fined as well. It’s time they all went. It’s time for a general election.”

A Labour spokesperson added: “Hapless Rishi Sunak’s levelling-up photo op has blown up in his face and turned him into a laughing stock.

“He started the week hoping people would be grateful for a partial refund on the money that has been stripped from them over 13 years of the Tories. But instead he got a warring party and yet another fine from the police.”

‘No one is above the law’

Labour MP Cat Smith thanked police for their road safety work before taking a swipe at Mr Sunak by saying “no one is above the law”.

But Tory MP Scott Benton struck a different tone to his fellow Lancashire MP, saying the seatbelt complaint was politically motivated and bad use of police time.

In an apparent bid to downplay the significance of the notice, the Blackpool South MP tweeted: “@LancsPolice do an amazing job, but I’m sure their time is better spent investigating serious crime which impacts on my constituents.

“The vast majority of people would think that politically motivated complaints about a seat belt are not good use of frontline resources.”

Meanwhile, Liberal Democrat deputy leader Daisy Cooper said: “Rishi Sunak has shown the same disregard for the rules as Boris Johnson, and now becomes the second ever prime minister to be fined by the police.

“From partygate to seatbelt gate, these Conservative politicians are just taking the British people for fools.

“Whilst they continue to behave as though it’s one rule for them and another for everyone else, this fine is a reminder that the Conservatives eventually get their comeuppance.”

The criticism comes as Labour is also calling on Mr Sunak to dismiss Nadhim Zahawi from his cabinet after questions over the Tory chairman’s tax affairs remain unanswered.

Questions have swirled following an article in The Sun on Sunday, which claimed a seven-figure payment was made by Mr Zahawi to end a dispute with the taxman “after scrutiny of his family’s financial affairs”.

Second serving PM to break the law while in office

Mr Sunak is the second serving prime minister – after Boris Johnson – to be found to have broken the law while in office.

The force said: “You will be aware that a video has been circulating on social media showing an individual failing to wear a seatbelt while a passenger in a moving car in Lancashire.

“After looking into this matter, we have today issued a 42-year-old man from London with a conditional offer of fixed penalty.”

Mr Sunak has previously been fined by the Met Police for breaking lockdown rules.

He and Mr Johnson were fined by the Metropolitan Police over a birthday held in Downing Street for the former prime minister when curbs were in place.

Read more:
Analysis: Sunak’s slip-ups give enemies perfect chance to brand him out of touch
PM urged to sack Zahawi over tax claims

Downing Street will be hoping that once the PM has paid up, voters and journalists will move on and forget this rather embarrassing unforced error.

To Rishi Sunak’s credit, he put his hands up and admitted the error almost immediately.

But it is a reminder that in the top job, with a permacrisis of strikes, NHS delays and high inflation, mistakes can slip through the Number 10 net.

Failing to wear a seatbelt is illegal, but filming it and publishing the evidence on social media suggests a lack of checks within the PM’s team.

This is the second police fine Mr Sunak has received in 9 months, after the Met Police punished him for attending a lockdown-busting birthday gathering for Boris Johnson.

In recent months Mr Sunak has struggled with contactless payments, had an awkward conversation with a homeless man about financial services, and demonstrated a fondness for using private jets to travel around the UK even for relatively short journeys.

Added together, such slip-ups may be exploited by the PM’s enemies to claim he is out of touch.

There is certainly a danger these small missteps distract from Rishi Sunak’s attempts to stabilise the economy and sort out seemingly intractable issues like migrant crossings and delayed discharges.

Like many occupants of Number 11, Rishi Sunak was a ‘submarine chancellor’. Invisible below the waves for months on end, he occasionally rose from the deep to launch a killer economic intervention: his “whatever it takes” COVID budget, the furlough scheme, Eat Out To Help Out.

But as Gordon Brown (the last politician to move from 11 to 10) found, similar manoeuvres are not possible as prime minister.

You are constantly in the spotlight. And it is an unsparing existence.

Law must be applied ‘impartially’

Sky News’ policing analyst Graham Wettone said he is “not surprised” about the notice, adding that it is the “right and proper” resolution.

“It is exactly what would happen to anybody else if they were to commit a similar offence and the police discovered it.”

Mr Wettone dismissed criticism that the prime minister has been treated unfairly, suggesting the case was “fairly simple” and that the law must be applied “impartially”.

Fines of up to £500 can be issued for failing to wear a seatbelt when one is available.

There are a few exemptions, including when a car is being used for police, fire and rescue services, and for certified medical issues.

Mr Sunak’s premiership has been hit with a series of controversies since he entered Number 10 in October, from criticism for reinstating Suella Braverman as home secretary six days after she was forced to step down over a security breach to an ongoing bullying inquiry into Dominic Raab, the deputy prime minister.