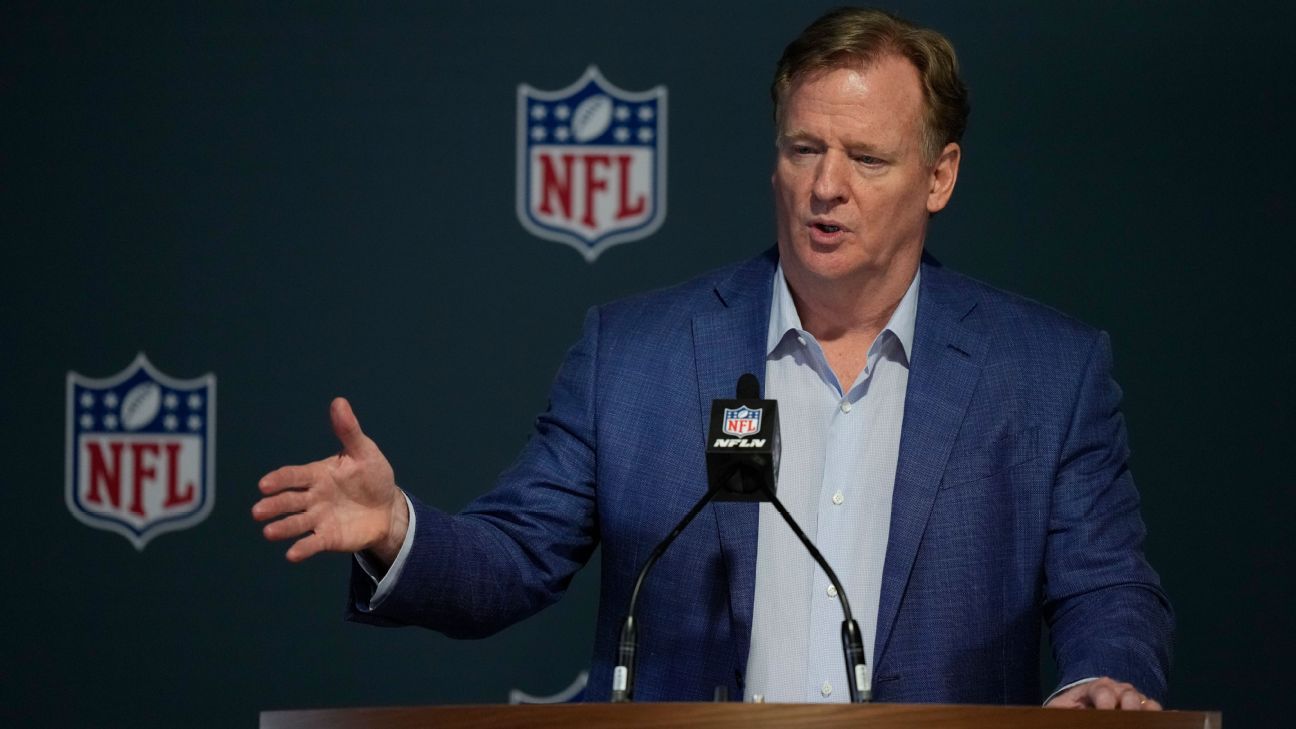 PALM BEACH, Fla. — Cleveland Browns quarterback Deshaun Watson might not be facing criminal charges, but NFL commissioner Roger Goodell made it clear Tuesday that Watson still could be disciplined under the league’s personal conduct policy as a result of the 22 pending civil suits accusing him of inappropriate sexual conduct.

“Obviously these are serious charges, so we’re looking at it seriously,” Goodell said. “The personal conduct policy is something that is very important to us, and it does not need a criminal violation in order to pursue it.”

Two separate grand juries in Texas recently declined to indict Watson on criminal charges resulting from the complaints against him by multiple massage therapists who allege he engaged in inappropriate sexual behavior. But 22 women still have civil complaints pending against him, and Watson said at a news conference last week that he did not plan to settle them.

Asked specifically whether Watson could end up on the commissioner’s exempt list — a device the league has used in the past to impose paid leave on players under league investigation — Goodell said the lack of criminal charges makes that far less likely. That means Watson, who was traded from the Houston Texans to Cleveland earlier this month, likely will be available to the Browns as long as the league’s investigation is ongoing.

Goodell also was asked whether the structure of Watson’s new $230 million, fully guaranteed contract with Cleveland, which includes a large signing bonus but a league-minimum salary this year, would affect the manner in which the league might impose discipline. The low base salary could serve as financial protection for Watson should he be suspended with pay, since the game checks he missed would be league-minimum ones. But the personal conduct policy specifies that “discipline may be a fine, a suspension for a fixed or an indefinite period of time (or) a combination of the two,” which indicates that, if she saw fit, the disciplinary officer could impose a fine in addition to a suspension without pay.

“That would not restrict our ability to impose discipline,” Goodell said of the contract structure. “We would have the ability to apply discipline as appropriate.”

• Goodell said Washington Commanders owner Dan Snyder will remain sidelined from the daily operations of the franchise as a result of the NFL’s investigation last year. Snyder’s wife and co-CEO of the Commanders, Tanya Snyder, has represented the team at league functions for nearly eight months. She also has handled the day-to-day duties of running the franchise. Dan Snyder did attend Washington’s games last season, but has not been present at the team’s practice facility in Ashburn, Virginia. Goodell said Tanya “represented the club here and that will continue for at least the foreseeable future, but Dan and I will talk about that at some point.”

On July 2, the NFL announced it had fined Washington $10 million for creating a toxic workplace culture and that Dan Snyder would step away from the daily operations of the franchise for at least several months. The NFL opened another investigation into Snyder in February after a former employee, Tiffani Johnston, alleged sexual misconduct. That investigation remains ongoing.

• Asked about the pending lawsuit by former Miami Dolphins coach Brian Flores against the league for unfair hiring practices as it pertains to minority coaching candidates, Goodell cited the league’s diversity, equity and inclusion committee and said the important thing was to understand Flores’ complaints and figure out what the league can do better in terms of diversity in its hiring practices. The league passed a resolution Monday requiring every team to employ at least one minority coach on its offensive coaching staff. Goodell also said that if the league’s investigation into Flores’ allegations that Dolphins owner Stephen Ross offered him money to lose games on purpose to improve the team’s draft position turned up any wrongdoing, those findings would be made public.