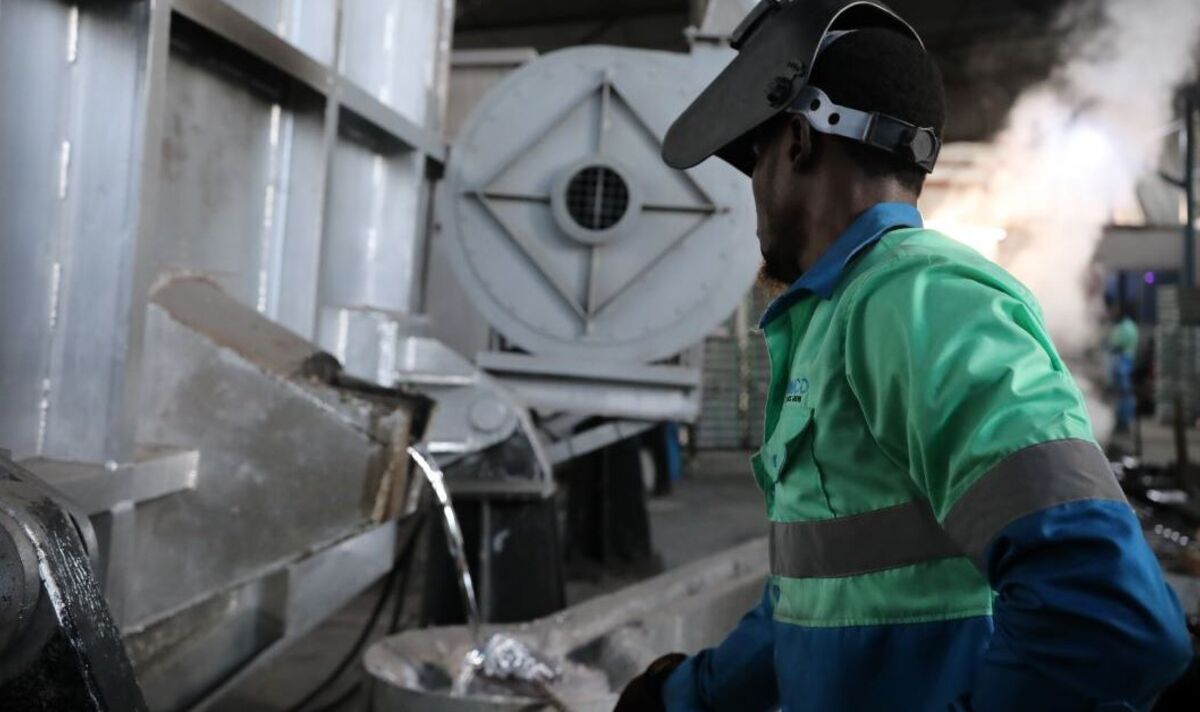 Founded by heating expert Raymond Onovwigun and based in London, the clean tech group is in the vanguard of a frontier market cutting carbon and landfill methane emissions, countering shortages of vital raw materials and preventing environmental degradation.

Currently Romco runs two plants with seven furnaces, including two for copper, across sub-Saharan Africa, in Nigeria and Ghana. The many mountains of discarded base metals that litter landscapes provide the feedstock.

An innovative funding scheme, the company’s Small Business Buying Program, offers interest-free loans to help sole traders and merchants to get on the decarbonising ladder – so far £4.1 million has been advanced.

This in turn is creating a force for financial inclusion and employment among struggling communities and new generation entrepreneurs, including many women.

In all so far Romco has a team of 200 in Nigeria, 70 in Ghana and 18 in the UK. And while the business also recycles copper and other rare earth metals from its waste centres and has earmarked land for lithium reprocessing, its key focus at present is on aluminium whose demand and waste volumes offer the biggest potential.

An essential element in the global transition to greener economies and efforts to tackle climate change, demand for the silvery white metal, not least from grid expansion and electric vehicles, is expected to rise 50 percent by 2050.

More than three percent of the world’s power is used to produce aluminium, more than the entire aviation industry.

But when Romco recycles it, far less energy is used and carbon emissions are slashed, both in the region of 95 percent.

After the non-ferrous scrap is converted into sustainable secondary ingots, they are sold to original engineering manufacturers in a range of sectors from automotive, aeronautical and medical to packaging and food and drink.

Record growth of 330 percent last year for Romco saw turnover rise to £25.7 million and production increase by 194 percent thanks to upgrades to its furnaces.

This has led to new markets in Asia, Europe and the Middle East. In another emissions-saving move as it waits for the hydrogen revolution, power is now being switched to compressed natural gas (CNG) which, in the absence of any network, is stored on site securing supply continuity.

It was during a trip back home to connect with family roots in Nigeria that first took Onovwigun on what has become a momentous journey when on arrival in Lagos he spotted a huge metals dump that showed every sign of being permanent. From there in 2015 he launched the start up from his aunt’s shed.

“We have built this business brick by brick,” he explains. “In the places we work you just can’t fly in £500 million and expect success. This is a large informal space difficult to navigate but, as the world continues to change, full of opportunity.

“Base metal stocks are at record lows and our model can be replicated, we have shown that by opening up in Ghana and it’s also scalable and profitable. We have done it through robust supply networks and strong governance. We are expanding digital traceability and responsible sourcing in a partnership with the Aluminium Stewardship Initiative and aim to be the largest secondary metals producer in Africa.”

After £11million of startup investment and a £5.4million Series A equity raise earlier this year, Onovwigun plans to seek a further £30million of venture capital backing to fund more plants and expansion in Togo and Burkina Faso, then eastwards in Uganda, Kenya and Tanzania. Further ahead a stock exchange listing is also a possibility.

“Change is coming,” says Onovwigun, “and we’re ahead of that change with a completely sustainable solution to a global problem. There’s almost no limit to what we can recycle.”