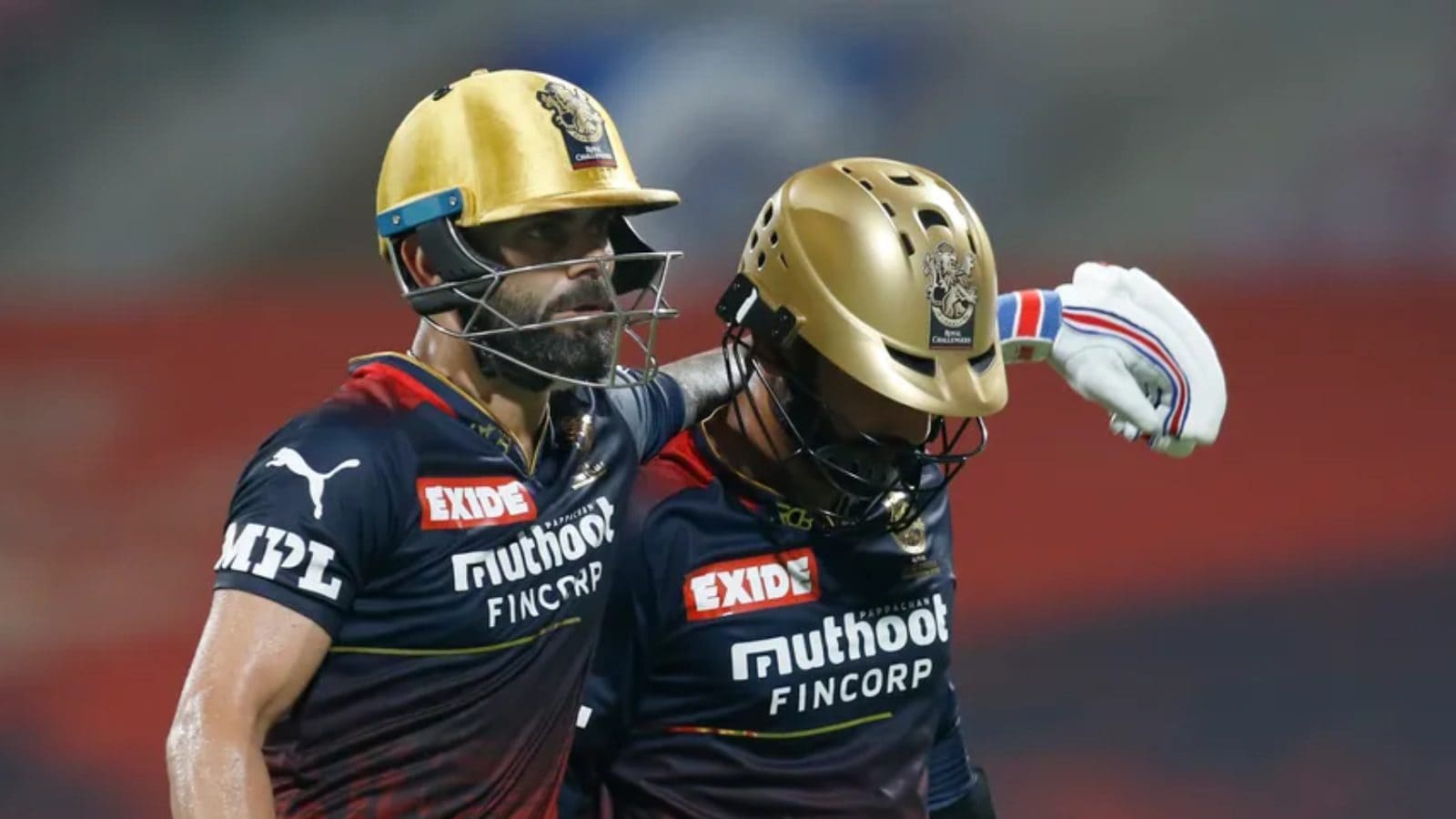 Seeking to consolidate their position after a winning start, Kolkata Knight Riders will have their task cut out as they take on a determined Royal Challengers Bangalore in the Indian Premier League in Mumbai on Wednesday.

The two outfits head into the game on the back of contrasting results.

For RCB, skipper Faf Du Plessis is in prime form after he made a scintillating 57-ball 88 and would like to continue in the same vein. Opener Anuj Rawat was unable to capitalise on a good start and would be aiming for consistency.

Unburdened by the captaincy pressure, Virat Kohli made a statement and played with more intent against Punjab. He will definitely look to rediscover his glorious touch and continue to torment the opposition bowlers like he did during his prime.

Wicketkeeper Dinesh Karthik also played a significant cameo and his role would be crucial once again, if RCB have to set or chase a big total.

If these four go all guns blazing, then it would be a daunting task for the varied KKR attack.

While the KKR bowling unit will have to be particularly cautious of the six-hitting prowess of Du Plessis, which was on display on Sunday, RCB bowlers would have to quickly forget the hammering they received at the hands of the Punjab batters.

A profligate Mohammed Siraj, who leaked 59 runs, will have to pull up his socks. Another key bowler is death overs specialist and last edition’s Purple Cap holder Harshal Patel. Even the role of Sri Lankan spinner Wanindu Hasaranga, who is capable of spinning a web around the batters, could decide the fate of the match.

For KKR, they ticked all the boxes in their lung-opener against CSK and they would be hoping that they can repeat their performance.

The biggest positive for KKR was Ajinkya Rahane finding his mojo and scoring runs. Although all-rounder Venkatesh Iyer managed only 16 runs in the first game, he is capable of pummelling any attack into submission.

Skipper Shreyas Iyer along with Sam Billings and Sheldon Jackson would need to shoulder responsibility in the middle-order.

On the bowling front, Umesh Yadav was sensational at the Wankhede. But others including Shivam Mavi, spinners Varun Chakravarthy and Sunil Narine would need to put up an improved show.

All-rounder Andre Russell’s role with the bat and ball could eventually be the difference between the two sides.

KKR are unlikely to tinker with their winning combination.

Being an evening game, dew would certainly be a factor and one can expect a high-scoring affair.