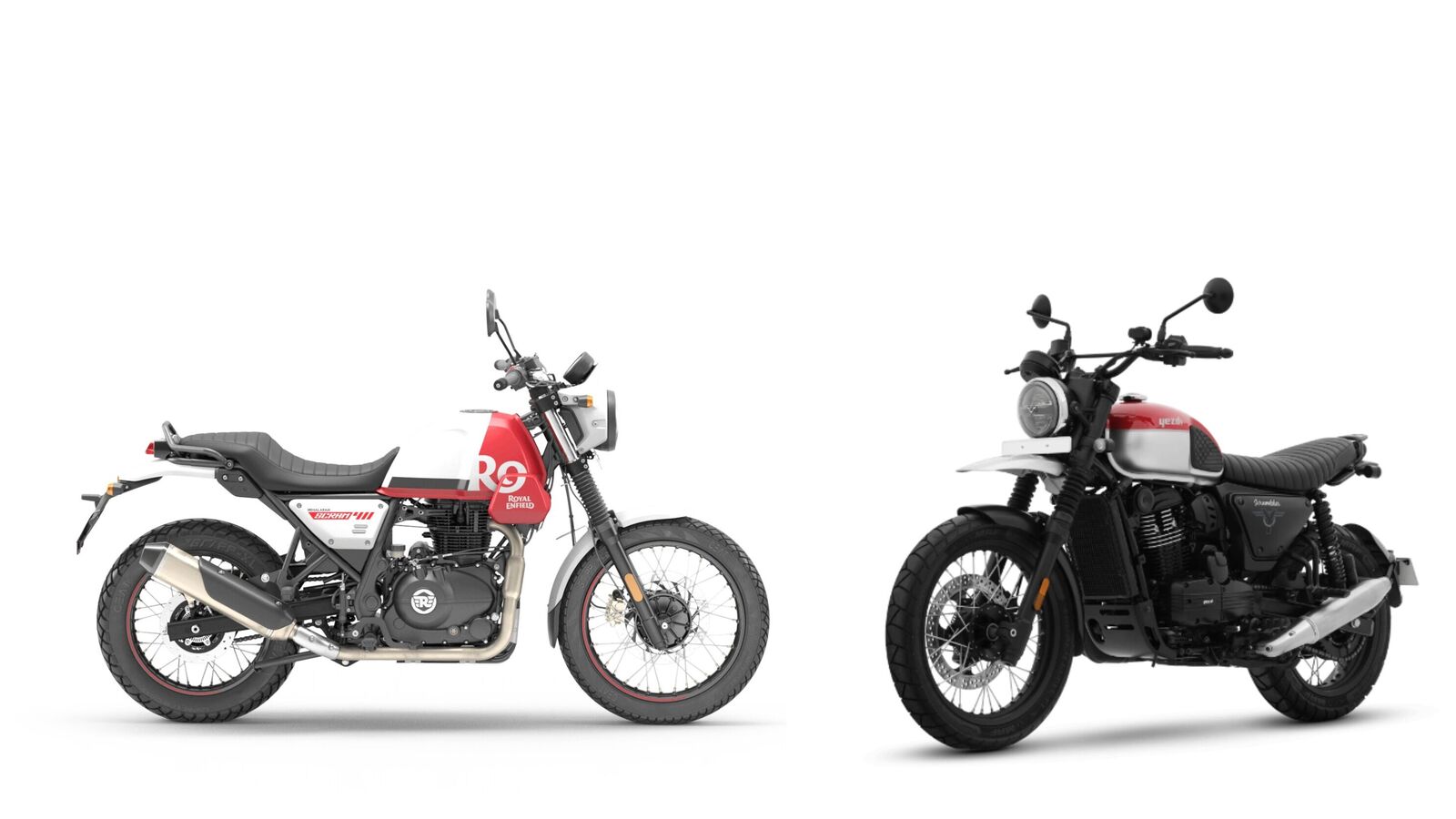 The Yezdi Scrambler and Royal Enfield Scrambler are one of the most affordable scramblers in the Indian market and they are also compete against each other.

There is no denying that the Yezdi Scrambler is a good-looking motorcycle. It has a dual-purpose look of a scrambler, forked wheels, twin exhausts, fork gaiters, a beak-like front mudguard and a ribbed seat.

The Scram 411 clearly looks like a Himalayan who has lost some weight. It has been able to retain its road presence because of the unique paint schemes that Royal Enfield offers the Scram 411 in. It does get a different headlamp cowl, a smaller 19-inch front wheel, tank shrouds, a single-piece seat and a different grab rail.

The Scram 411 comes with the same engine as the Himalayan. However, Royal Enfield did give it a different tune because of which it feels more eager. It produces 24.3 bhp of max power and 32 Nm of peak torque. The engine is mated to a 5-speed gearbox. The engine stays vibration free for the most part and being a long-stroke unit, it delivers most of its torque in lower and mid-range. So, the rider does not need to keep working the gearbox. It can also tour at around 90 kmph without any vibrations.

Yezdi Scrambler shares its engine with the Jawa Perak and other Yezdi motorcycles. The manufacturer has tuned the engine to suit the characteristics of the Scrambler. The 334 cc, liquid-cooled engine produces 29.1 bhp and 28 Nm of peak torque. It is mated to a 6-speed transmission. Yes, the Yezdi Scrambler is more powerful than the Scram 411 and it can cruise at 100 kmph but the engine sounds mechanical and has got quite a bit of vibration.

Yezdi offers three riding modes, a USB and Type C charger, a digital instrument cluster, LED lighting and switchable ABS. The Scram 411 does not get any fancy equipment. Despite being positioned as a scrambler, the ABS on the rear wheel cannot be switched off. Having said that, Royal Enfield is offering Tripper Navigation as a genuine accessory.

Both motorcycles are very closely priced. The Royal Enfield Scram 411 starts at ₹2.03 lakh and goes up to ₹2.08 lakh. Yezdi Scrambler is priced between ₹2.07 lakh and ₹2.13 lakh. All the prices mentioned here are ex-showroom.