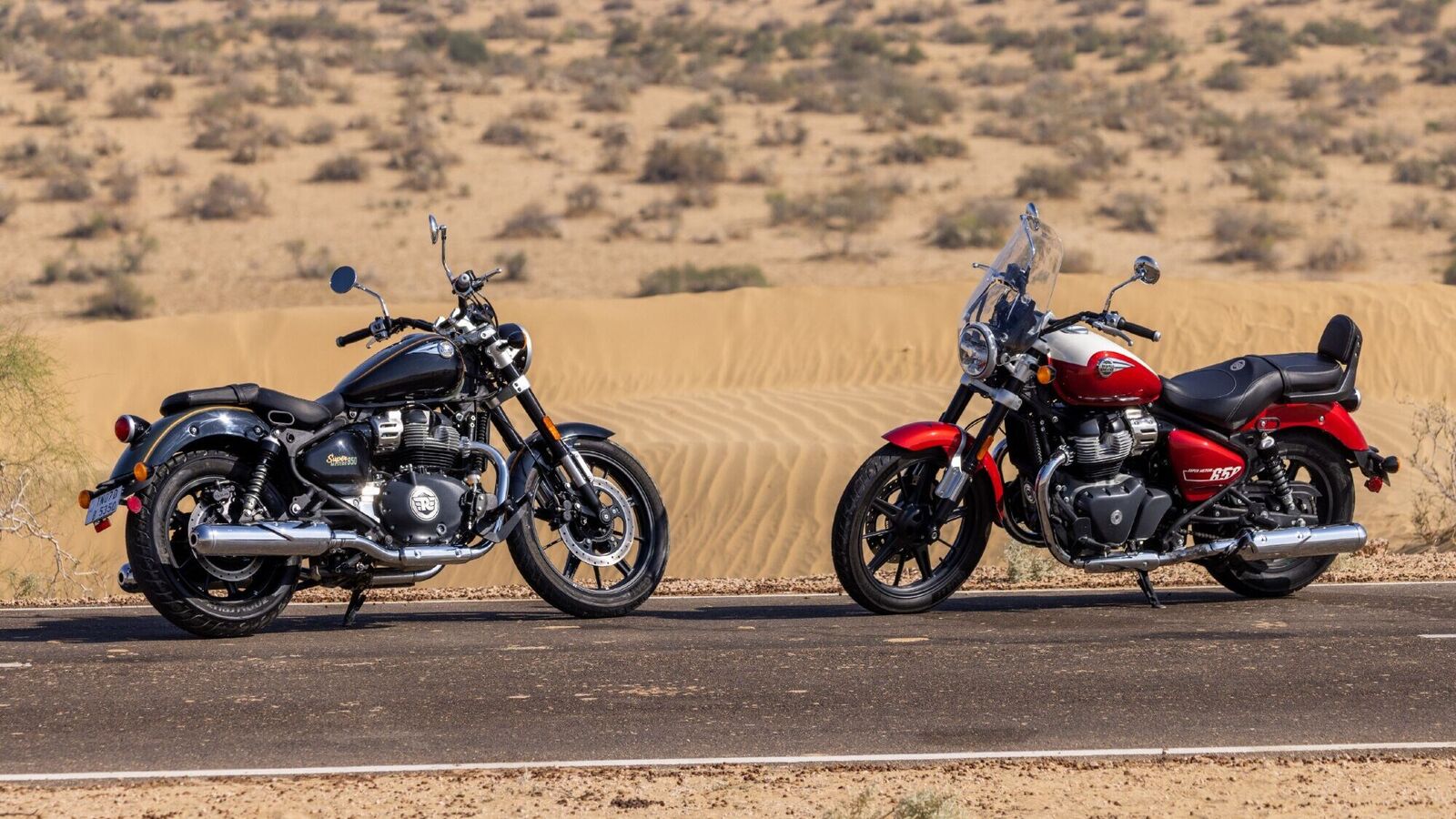 After a long wait Royal Enfield has finally launched the Super Meteor 650 cruiser in India. The new middleweight cruiser arrives with an aggressive pricing starting at ₹3.49 lakh for the Astral Solo Tourer variant, followed by the Interstellar Solo Tourer variant priced at ₹3.64 lakh, while the top-spec Celestial Grand Tourer is priced at ₹3.79 lakh. All prices are ex-showroom, India.

The Royal Enfield Super Meteor 650 is the brand’s new flagship and arrives in seven colour options across the line-up. The model made its global debut at EICMA last year and is now available in India and Europe. The aggressive price tag makes it only marginally more expensive than the Interceptor 650 but with a plethora of improvements in terms of fit and finish, build quality, performance and more. Deliveries of the new Super Meteor 650 will begin on February 1, 2023, in India, and in March in Europe. Bookings in Europe begin today.

Commenting on the launch, Siddhartha Lal, Managing Director of Eicher Motors, said, “The Super Meteor 650 is an evolution of all our focus and efforts in the middleweight segment over the years, and is a thoroughbred, retro cruiser in every sense. Its design language, geometry, form-factor and the gorgeous 650cc twin engine make it the most stunning, accessible and capable cruiser in the category. We’ve enhanced the refinement levels of this motorcycle, and you can feel it in its smooth throttle response across the range. The motorcycle has confidence inspiring stability, takes corners well and feels planted at highway speeds. It is a perfect mid-segment motorcycle that may actually interest even people who are not interested in cruisers. We believe the Super Meteor will expand the market for cruisers around the world and take the Royal Enfield twin platform a notch higher.”

B Govindarajan, CEO – Royal Enfield, said, “We have focused not just on building great motorcycles, but reimagining propositions that transcend traditional motorcycling segments. The Royal Enfield Meteor 350 that replaced the Thunderbird in our portfolio did just that, as it made cruising easy for riders across the globe, and became one of our highest selling motorcycles in Europe and other parts of the world. The Super Meteor 650 breathes new life into the cruising segment, and creates its own identity as an authentic, accessible, mid-segment cruiser.”

The new Royal Enfield Super Meteor 650 utilises the same 648 cc parallel twin motor as the 650 Twins with 46.7 bhp and 52.3 Nm of peak torque. The model has been tested for over one million kilometres across streets, tracks and proving grounds in India and the UK. The model derives its name from the original RE Super Meteor 700 sold in the 1950s, while the design remains a quintessential cruiser with relaxed ergonomics. This is the manufacturer’s first dedicated cruiser motorcycle.

The Super Meteor 650 is also RE’s first offering to get premium Showa USD front forks and dual shock absorbers at the rear. There’s also a new cylinder head mount for additional stiffness. The wheelbase has also been increased by 100 mm over the Interceptor 650 with the bike riding on a 19-inch front and 16-inch rear alloy wheel set-up. The low seat height of 740 mm makes it accessible to rides of all sizes.