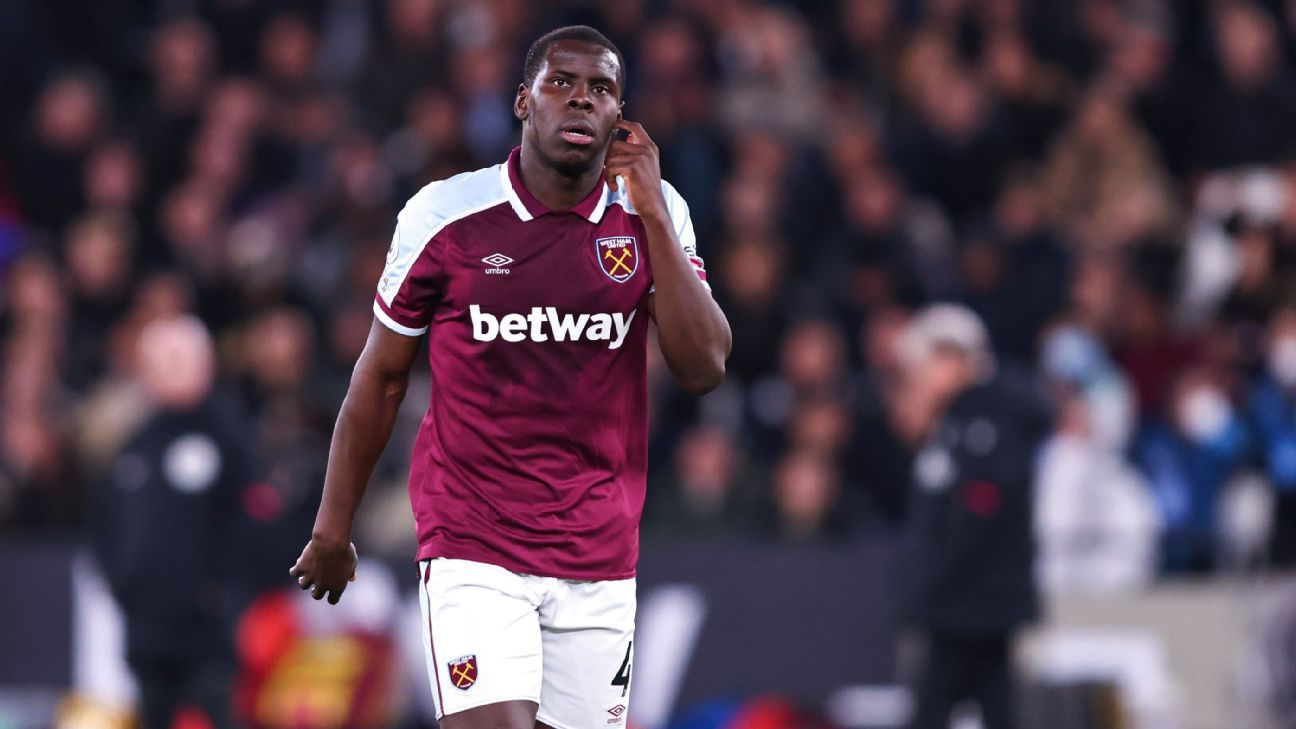 Kurt Zouma‘s pet cats have been taken into care after a video emerged of the West Ham United defender kicking and slapping one of the animals.

Zouma, who started West Ham’s 1-0 Premier League win against Watford on Tuesday, apologised after a video, that was originally shared on Snapchat by Zouma’s brother, Yoan, showed the France international picking up the family pet before kicking it across the kitchen floor.

A spokesperson for the Royal Society for the Prevention of Cruelty to Animals said: “The two cats are now in RSPCA care. Our priority is and has always been the wellbeing of these cats. They’ve been taken for a check-up at a vets and then will remain in our care while the investigation continues.”

West Ham confirmed that Zouma will be fined two weeks’ wages amounting to £250,000 for the incident. The money will be donated to animal charities.

A statement from the club said: “West Ham United can confirm that the club is supporting an RSPCA investigation into the actions of Kurt Zouma in the video circulated online this week.

“Kurt and the club are co-operating fully with the investigation and the player has willingly complied with the steps taken in the initial stage of the process, including delivering his family’s two cats to the RSPCA for assessment. Kurt is extremely remorseful and, like everyone at the club, fully understands the depth of feeling surrounding the incident and the need for action to be taken.

“Separate to the RSPCA’s investigation and pending further sanction once the outcome of that process is determined West Ham United can confirm that Kurt Zouma has been fined the maximum amount possible following his actions in the video that circulated. The player has immediately accepted the fine, which will be donated to animal welfare charities.

“West Ham United would like to reiterate our condemnation of Kurt’s actions and make it clear that the matter continues to be handled with the utmost seriousness. However, we believe it is now important to allow the RSPCA to conduct their investigation in a fair and thorough manner, and will be making no further comment at this stage.”

Meanwhile, Vitality, West Ham’s official wellness partner, has suspended its contract with the club as a result of the video and adidas also confirmed “Zouma is no longer an adidas contracted athlete.”

“We were very distressed by the video we have seen of Kurt Zouma,” a statement from Vitality read. “At Vitality, we condemn animal cruelty and violence of any kind. We are hugely disappointed by the judgement subsequently shown by the club in response to this incident.

“As such, we are suspending our sponsorship of West Ham United with immediate effect. We will now be further engaging with the club to understand what actions they will be taking to address the situation.”

Zouma was booed by sections of the crowd on Tuesday and after the game West Ham manager David Moyes was asked whether starting him sent out the correct message.

“I am really disappointed and the club have taken all the actions they can do at the moment and are working on it behind the scenes,” Moyes told reporters.

“My job is to try and pick a team which gives me the best chance at West Ham and Kurt was part of that team.

“I was really disappointed with what I saw and what I was told. But overall my job tonight was to get a win for West Ham, of course there are people who are disappointed with that and I understand that totally.”

Zouma had earlier said: “I also want to say how deeply sorry I am to anyone who was upset by the video. I would like to assure everyone that our two cats are perfectly fine and healthy.

“They are loved and cherished by our entire family, and this behaviour was an isolated incident that will not happen again.”