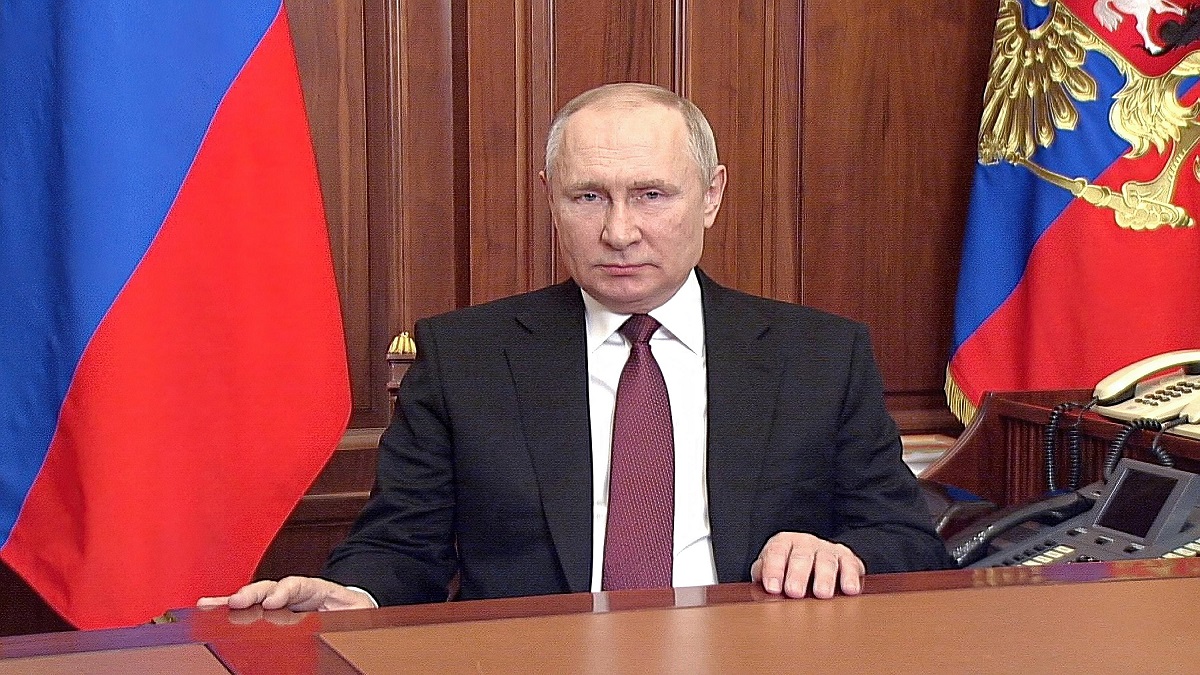 Putin did not appear to make his cease-fire order conditional on a Ukrainian agreement to follow suit, and it wasn’t clear whether hostilities would actually halt on the 1,100-kilometer (684-mile) front line. Ukrainian officials have previously dismissed Russian peace moves as playing for time to regroup their forces and prepare for additional attacks.

At various points during the war that started on Feb. 24, Putin has ordered limited and local truces to allow evacuations of civilians or other humanitarian purposes. Thursday’s order was the first time Putin directed his troops to observe a cease-fire throughout Ukraine.

“Based on the fact that a large number of citizens professing Orthodoxy live in the combat areas, we call on the Ukrainian side to declare a cease-fire and give them the opportunity to attend services on Christmas Eve, as well as on the Day of the Nativity of Christ,” according to Putin’s order, addressed to Defense Minister Sergei Shoigu and published on the Kremlin’s website.

Putin acted at the suggestion of the head of the Russian Orthodox Church, Patriarch Kirill, who proposed a truce from noon Friday through midnight Saturday, local time. The Russian Orthodox Church, which uses the ancient Julian calendar, celebrates Christmas on Jan. 7 — later than the Gregorian calendar — although some Christians in Ukraine also mark the holiday on that date.

Ukrainian presidential adviser Mykhailo Podolyak dismissed Kirill’s call as “a cynical trap and an element of propaganda.” President Volodymyr Zelenskyy had proposed a Russian troop withdrawal earlier, before Dec. 25, but Russia rejected it.

Kirill has previously justified the war as part of Russia’s “metaphysical struggle” to prevent a liberal ideological encroachment from the West.

Adding to the possibility of a cease-fire were diplomatic efforts. Putin spoke by phone with Turkey’s president on Thursday and the Kremlin said Putin “reaffirmed Russia’s openness to a serious dialogue” with Ukrainian authorities.

Turkish President Recep Tayyip Erdogan urged Putin to implement a “unilateral cease-fire,” according to a statement from the Turkish president’s office.

Erdogan also told Zelenskyy later by telephone that Turkey was ready to mediate a “lasting peace.” Erdogan has made such an offer frequently. It has already helped broker a deal allowing Ukraine to export millions of tons of grain, and it has facilitated a prisoner swap.

Previous attempts at peace talks have fallen at that hurdle, as Ukraine demands that Russia withdraws from occupied areas at the very least.

No change in Russia’s stance on Ukraine: NATO

Elsewhere, the head of NATO said he detected no change in Moscow’s stance on Ukraine, insisting that the Kremlin “wants a Europe where they can control a neighbouring country.”

“We have no indications that President Putin has changed his plans, his goals for Ukraine,” NATO Secretary General Jens Stoltenberg said in Oslo.

Ukraine’s Western allies have renewed a vow to keep supporting Kyiv for as long as it takes to defeat Russia.

In the latest pledge of military help, the French Defense Ministry said it will hold talks soon with its Ukrainian counterpart on delivering armoured combat vehicles. France’s presidency says it will be the first time this type of Western-made wheeled tank destroyer is sent to Ukraine’s military.

Also, U.S. President Joe Biden said Bradley Fighting Vehicles, a medium armoured combat vehicle that can serve as a troop carrier, could be sent to Ukraine.

The fighting in Ukraine has increasingly become a war of attrition in recent weeks, as winter sets in.

Kyrylo Tymoshenko, deputy head of the Ukrainian presidential office, said Thursday at least five civilians were killed and eight wounded across the country by Russian shelling in the previous 24 hours.

The war has left  60% of Bakhmut city in ruins

The ongoing intense battle for the eastern city of Bakhmut has left 60% of the city in ruins, Donetsk Gov. Pavlo Kyrylenko said Thursday. Ukrainian defenders were holding the Russians back, but the Kremlin’s forces have pummeled the city with months of relentless shelling.

Taking the city in the Donbas region, an expansive industrial area bordering Russia, would not only give Putin a major battlefield gain after months of setbacks, but it also would rupture Ukraine’s supply lines and open the way for Moscow’s forces to press on toward key Ukrainian strongholds in Donetsk.