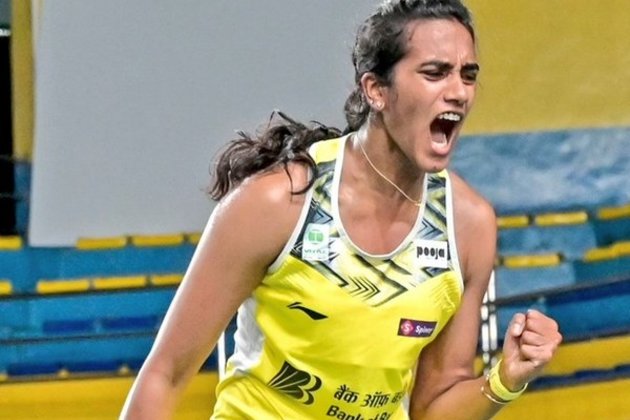 Taking to Twitter, the former Indian player wrote, “Many congratulations @Pvsindhu1 on winning the SingaporeOpen2022 Women’s Singles title. Your attitude and spirit to win every game is something that inspires everyone! Many more to follow.”Playing on court 1, Sindhu won the summit clash by 21-9, 11-21, 21-15. She was off to a great start, winning the first game by a thumping margin. Zhiyi made a comeback in a similar fashion in the next game, winning it by 11-21. In the decider game, the top Indian shuttler maintained her composure to win it 21-15 and win the title.

PV Sindhu advanced to the summit clash of the women’s singles category of the Singapore Open 2022 by defeating Japan’s Saena Kawakami in the semifinals here in Singapore on Saturday.

Sindhu was at her most dominant in the game, as she warded off the Japanese challenge within two straight games 15-21, 7-21. The match lasted for 58 minutes.

This is Sindhu’s third title of 2022. In January this year, Sindhu won the women’s singles title at the Syed Modi International tournament.

At the Babu Banarasi Indoor Stadium, top-seed Sindhu defeated Malvika Bansod 21-13, 21-16 in the summit clash that lasted for 35 minutes.

Battling it out at court 1, the double Olympic medallist Indian Sindhu defeated Busanan Ongbamrungphan of Thailand by 21-16, 21-8 in 49 minutes. (ANI)