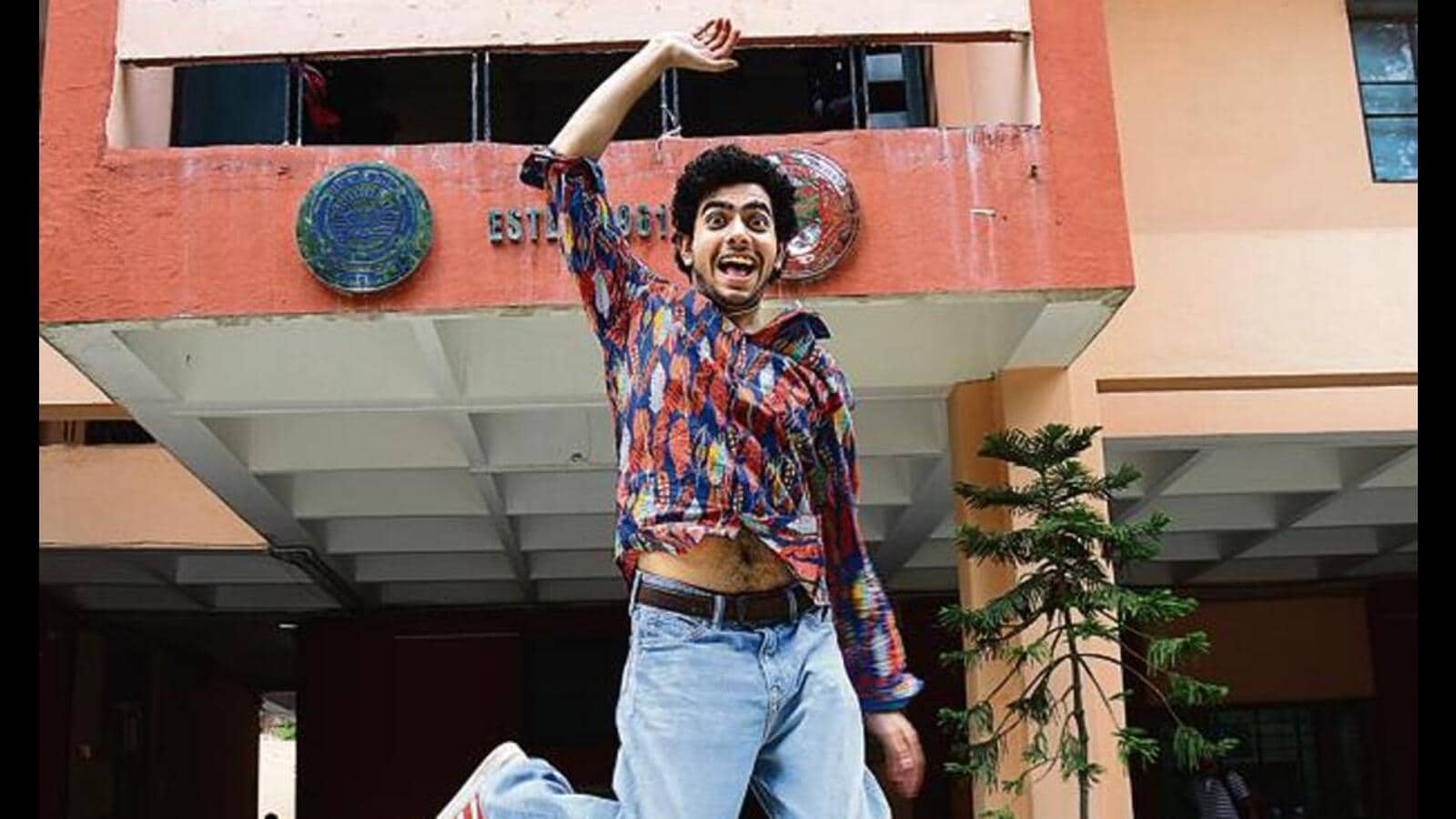 Actor Sahil Mehta, who has become popular since he portrayed Tegi in the web series Tabbar, has cinema running through his mind constantly. But he can’t stop raving about his campus life, when back in Delhi, his home town. An alumnus of Shivaji College, Delhi University (DU), he had a blast while visiting his alma mater recently. From gorging on bread pakodas in the college canteen to meeting his teachers and indulging in theatrics with the current batch of his college’s dram soc, Vayam, he did it all!

Being a DU graduate played a key role in his decision to take up acting as a profession, says the 25-year-old who recently starred in movies such as the Akshay Kumar-starrer Raksha Bandhan and Janhvi Kapoor-starrer Good Luck Jerry. “There is a lot I have learnt from my time at DU and while performing in nukkad naataks. We were taught to soak in all the different types of noises that surround us, such as the birds chirping, wheels screeching, or someone’s footsteps. I ended up implementing all these in a scene for Good Luck Jerry.”

But joining DU wasn’t always the plan for this lad from Paharganj. “I had been considering doing my graduation from another city, but sensed that my dad did not want me to leave home. My grandma told me, ‘Shivaji College kitna paas hai, you can just walk down, issi mein le le admission’,” says Mehta, who graduated in 2018 with a BSc (Hons) in Biochemistry.

In retrospect, he agrees that everything worked out for the best. “The proximity actually ended up being one of the advantages. There were times when my best friend and I would chill at my home during breaks between classes, eat ghar ka garma garam khana, chat and then return to college,” says the actor, revisiting his #CampusKeDin. For Mehta, it’s all about home sweet home. “Doesn’t matter where I go, I make it a point to return home, the moment I get the chance. The contentment I get from living here with my family is unparalleled,” he shares.

Currently, based out of Gurugram, Mehta feels the urge to draw a comparison between Delhi and the Millennium City. “The vibe of Delhi is always different. Aaj bhi main Paharganj jata hoon toh lagta hai main yahan ka boss hoon!” he says, adding, “One of my favourite things about the place I grew up in is the proximity to the local markets. For instance, you could just walk outside and buy a packet of chips in an instant. But in Gurugram, I have to drive down to a supermarket.”

When the conversation veers to his childhood spent in the Capital, a twinkle appears in his eyes. “Dilli mein chhole kulche and faalse waale bahut famous hain. These vendors have an interesting way of calling out to their customers, by modulating their voices. It fascinated me so much that I would practise it for hours,” he recalls.

Sharing how such experiences added to his desire to take up acting he tells us, “I remember how at one of the jagrans in our society, an elderly person was playing Sudama. A few moments later, that actor came and sat next to me without makeup. I was totally mesmerised. That’s when I decided to do something similar.”

During this trip to his colleges, the actor got the opportunity to meet Sunita Singh, his professor of Biochemistry. Singh shared, “He was a good boy, but his attendance was an issue. I remember, every time I used to spot him in college, I would sarcastically say it’s nice to see you. But now, I’m not being sarcastic. Now when I see him doing well, I am reminded of those days and with a lot of joy I tell my kids that he was my student!”