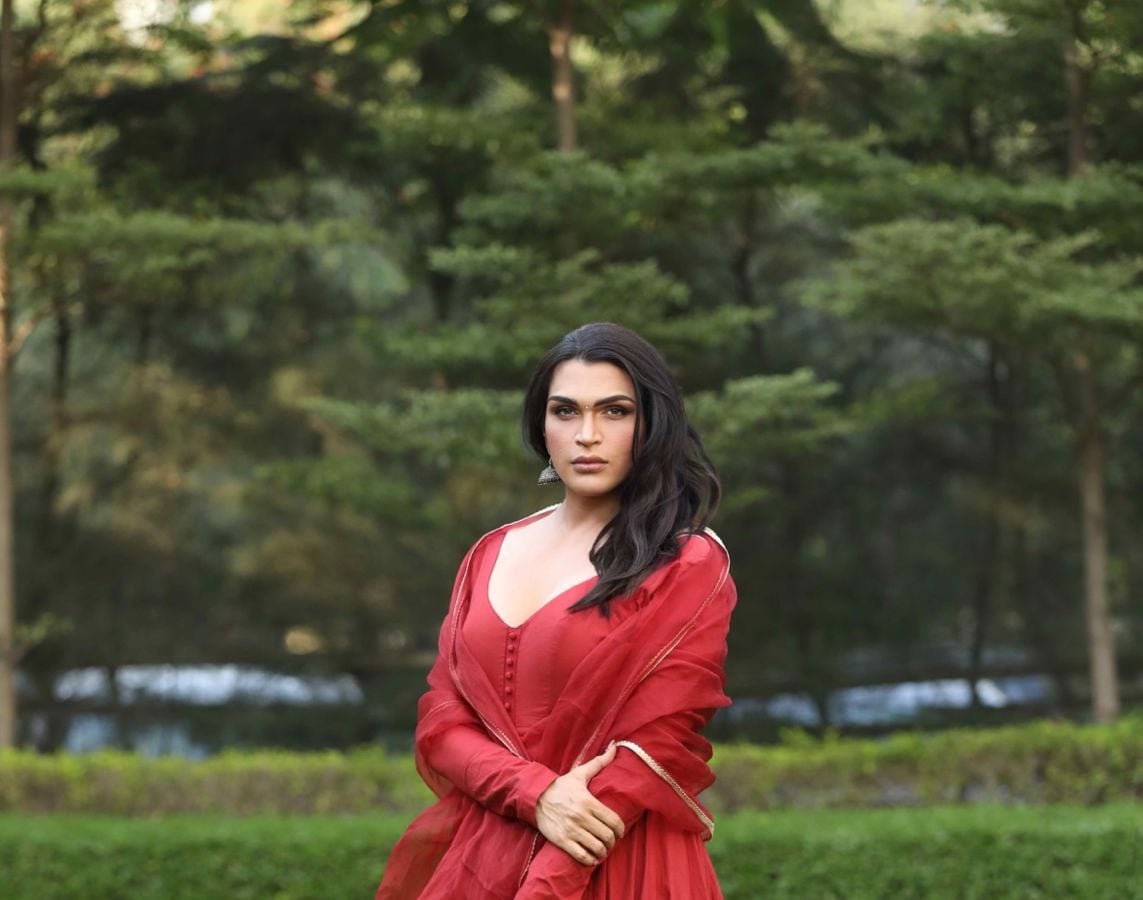 Fashion designer Saisha Shinde, earlier known as Swapnil Shinde, recently took to Instagram to talk about how she has regained her confidence after coming out as a transgender woman.

On January 5, having completed the one year anniversary of her announcement, she shared a few images of herself from the time she was known as Swapnil. In the collage she added some new images in a swimming pool. The post read: “Swapnil was always conscious of his body…he hated it that it was not masculine enough (although it was all in his head). He always wore a T-shirt and went in the pool. The T shirt sticking to the body was extremely uncomfortable as it showed his slightly feminine body and so he would remain in the pool only keeping his head out!”

She added how the “idea of a pool party or anything related to the pool was scary”. She reasoned: “Because not every pool owner is going to allow people in with a shirt on! Swapnil missed out on a lot of amazing times until December 30, 2021.”

Today, she added, the feeling is completely different. “Recently, I entered the pool … my first as Saisha! My body not in what is conventionally considered to be ‘in shape’ but it didn’t matter. I was so comfortable wearing just a bra and denim shorts! Everything on display! I didn’t feel one bit of insecurity or discomfort. On the contrary, I was more confident than Swapnil ever was!” she shared.

She also shared an official government document of her name change.

“Today is the first year anniversary of my coming out publicly as a transgender woman and I want to thank everyone! But beyond everyone, I want to thank myself for being brave enough to live my truth even if it is at a later stage in my life! Thanks to my bravery and the undying (spirit) to lead a meaningful life. I finally get to breathe happily…and I’m enjoying each and every second of this freedom. A freedom that I’ve been privileged enough to have achieved. Happy birthday to me,” she commented.

Furthermore, in another post, she wrote: “All through school and college, while the boys outside tormented me because I was different, the internal pain was far worse. I felt suffocated living in a reality that I knew wasn’t mine, yet one that I had to stage everyday because of societal expectations and norms. It was only in my early 20s at NIFT where I found the courage to accept my truth; I truly bloomed (sic).”

“I spent the next few years believing that I was attracted to men because I was gay, but it was only 6 years ago that I finally accepted to myself, and today that I accept to you. I’m not a gay man. I am a transwoman,” she concluded.