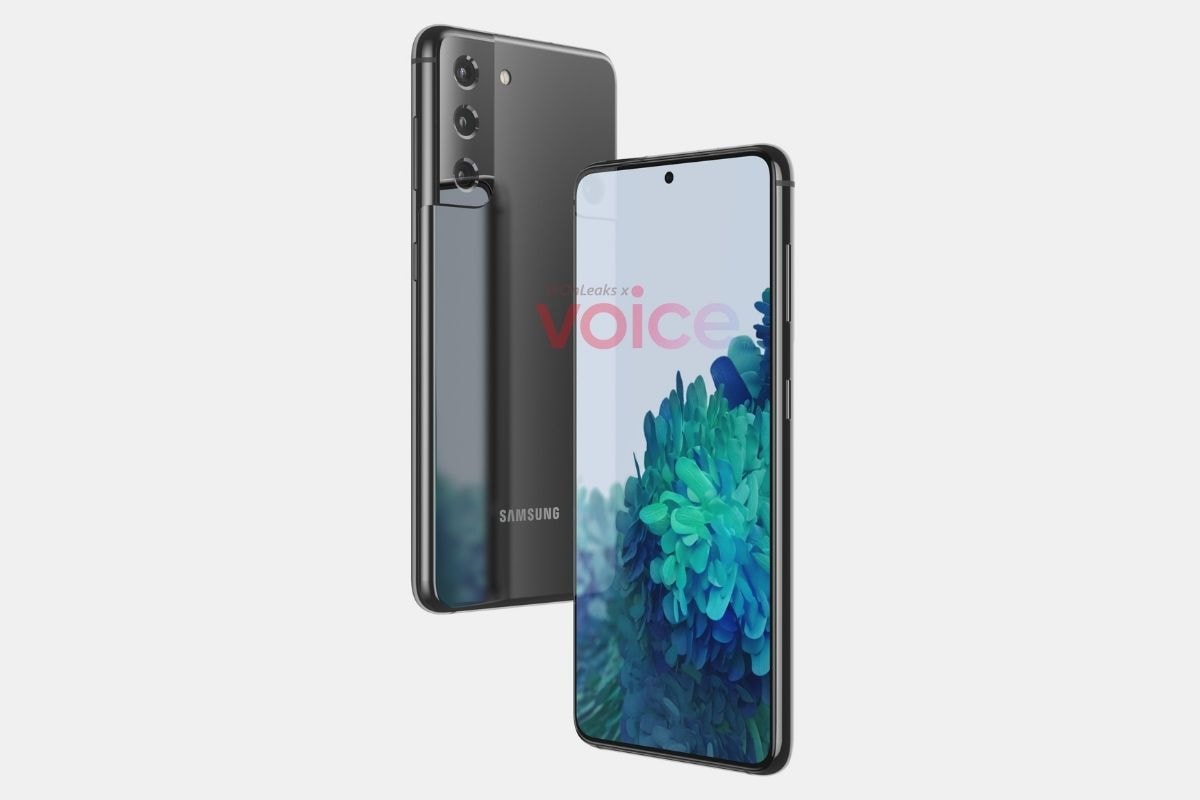 Further, Weinbach said that the renders that have been surfacing of the Samsung Galaxy S21 series are ‘accurate’. The report also says that the camera bump and the frame will come in different colours depending on different set of colourways. Weinbach also claims that his sources have said that the Phantom White colour on the Galaxy S21 will have a slight blue tint with a bronze bezel, similar to the blue and gold colour scheme on the Samsung Galaxy Note 7.

For optics, the Samsung Galaxy S21 and the Samsung Galaxy S21+ are reported to feature the same camera module as the Galaxy S20 series. This will include a 12-megapiel main camera, a 64-megapixel telephoto lens, and a 12-megapuxel ultra-wide angle lens. The Galaxy S21 Ultra, however, will feature an improved 108-megapixel sensor (Gen 2), paired with a 12-megapixel ultra-wide angle lens, and will feature two telephoto sensors – a 3X telephoto, and a 10X ‘super’ telephoto lens. Samsung has added 130 percent larger pixels and dual pixel auto focus on both the 3x and 10x optical lenses. The report also says that Samsung will be reviving 100X Space Zoom, which will be enabled via the 10X telephoto lens.

Lastly, Weinbach notes that all the three Samsung Galaxy S21 series will come with Android 11 and One UI 3.0 out of the box and that Samsung will also use an Ultra Wide Band (UWB) chip on the Galaxy S21+ and S21 Ultra in order to enable support for Samsung’s yet-to-be-launched AirTags competitor, the SmartThings tags.

While all of this looks very convincing, coming from a credible source, all of this information has to be taken with a pinch of salt, as Samsung has itself not said anything about the next generation of flagship smartphones. Click here to see what the Samsung Galaxy S21 series might look like.