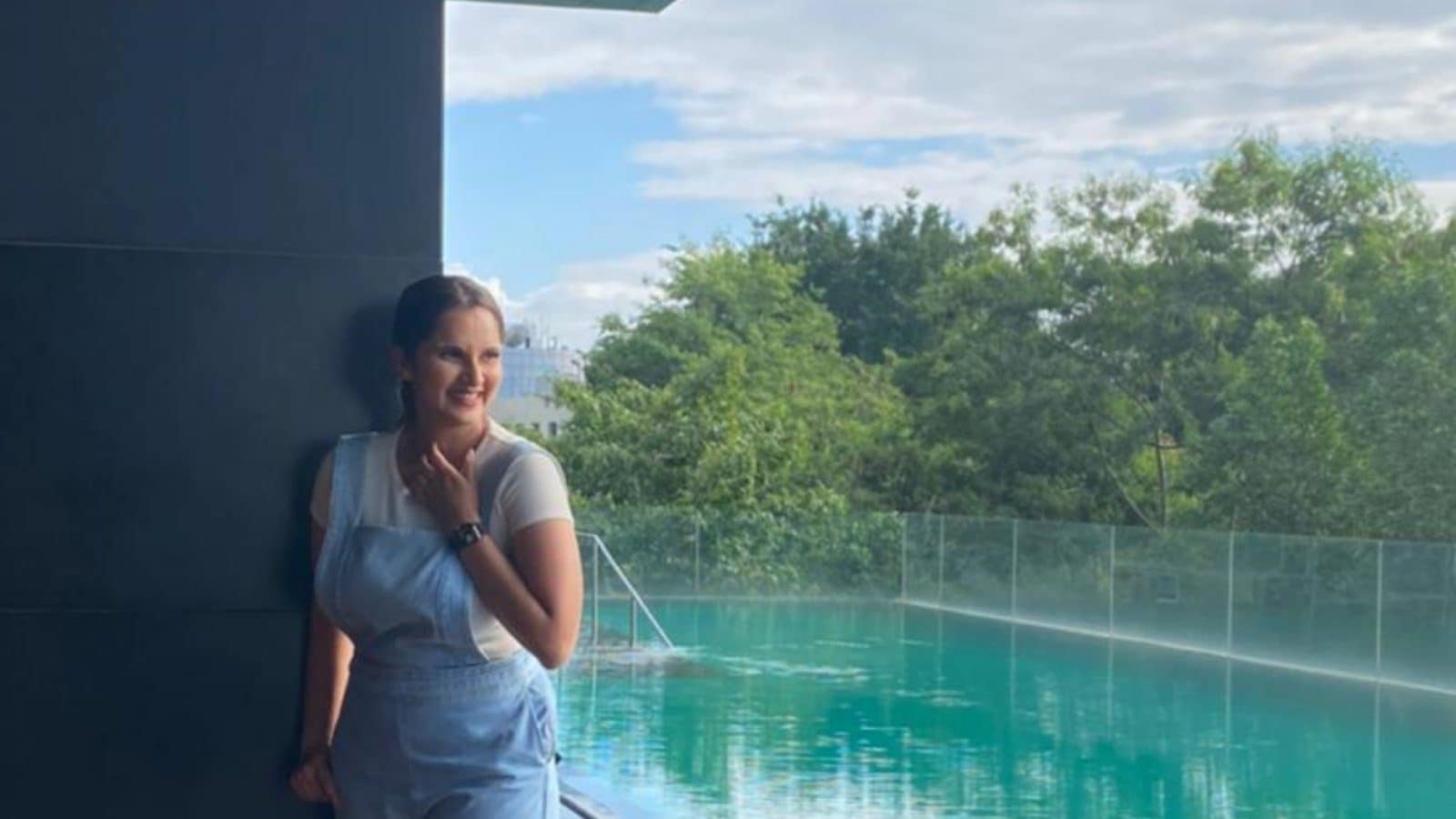 Before the Pakistan officially start their campaign in the ICC T20 World Cup 2021 in UAE, Indian tennis star and wife of Pakistan cricketer Shoaib Malik, Sania Mirza has entered the bio bubble to accompany her husband for the tournament. The star couple’s son is also with them in the UAE. Earlier, Sania had posted a photograph from a tennis match, making a calm-down gesture, to show her excitement to enter the bubble. “Me fighting to get through last two days of quarantine to go into the #bubblelife you can do it,” the caption read.

Pakistan will play their first game on Sunday against India. The Indian tennis talisman had earlier made a reel to inform that she will disappear from Social Media on the Indo-Pak match day to avoid hate and abuse. In the video Sania can be seen doing a pinch gesture and perish from the screen with the text on-screen reading, “ME DISAPPEARING FROM SOCIAL MEDIA AND TOXICITY ON INDIA VS PAKISTAN MATCH DAY.”

The International Cricket Council (ICC) has allowed families to be with the cricketer in the bio bubble during the World Cup being held in UAE and Oman. Before this, UAE also hosted family members of cricketers during the IPL. In fact, players could also be seen with their girlfriends in the league. A notable incident was Deepak Chahar proposing to his girlfriend Naina Bharadwaj after a game between MS Dhoni’s Chennai Super Kings and KL Rahul-led Punjab Kings.

The wives and kids of the players from CSK were also seen celebrating with the IPL trophy after the team won the tournament.

With players having to endure strict bubbles, cricketing bodies seem to have become more open to allowing families to be a part of tours.

Bollywood star Anushka Sharma too has joined her partner Virat Kohli along with their daughter for the mega event. The couple has been posting pictures of their time in bubble and the quarantine before that. Here are a few posts.

India and Pakistan will play their first game of the World Cup against each other on Sunday, October 24 at the Dubai International Stadium from 7:30 pm.