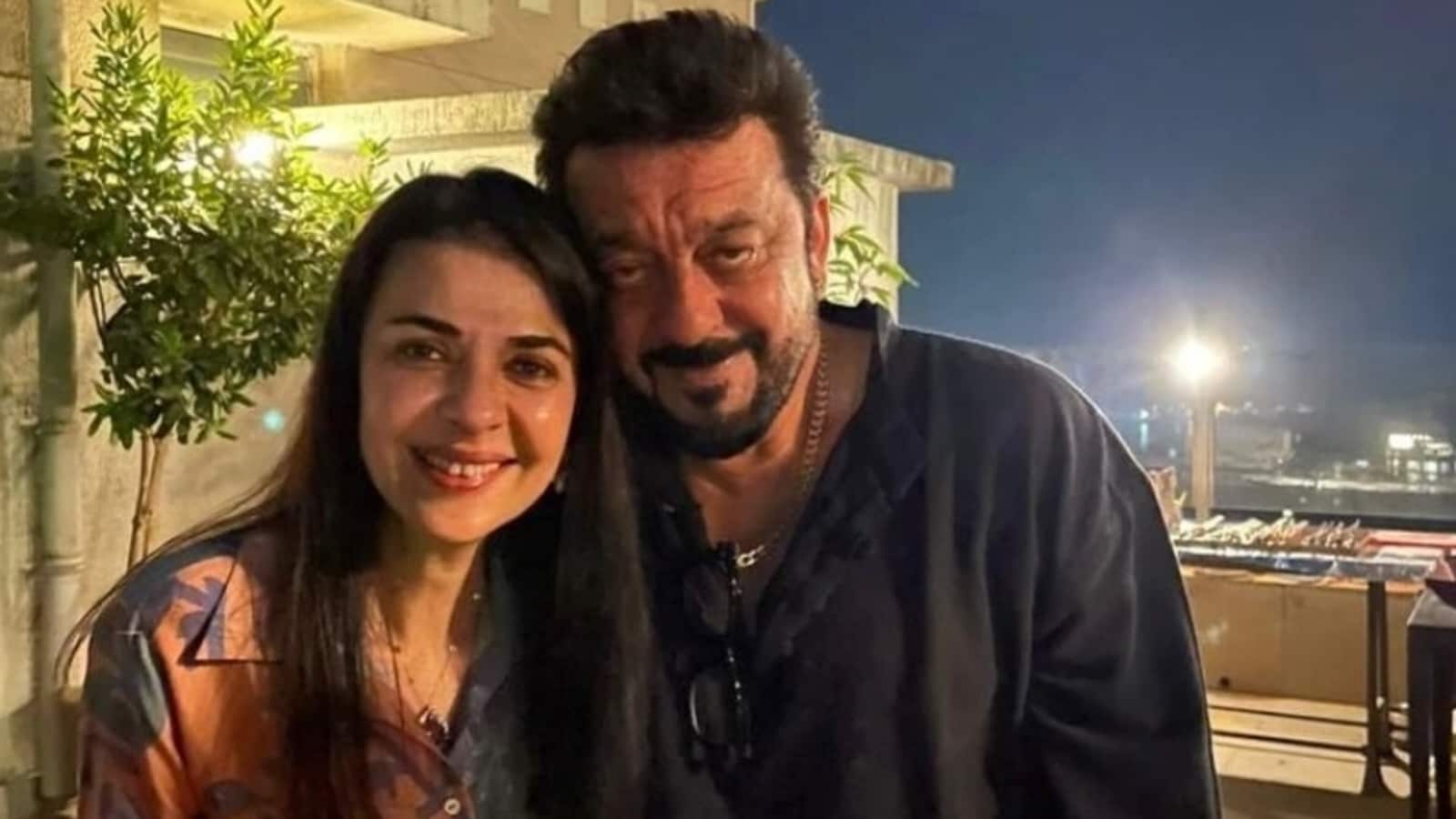 Sanjay Dutt wished his sister Namrata Dutt on her birthday via an Instagram post. The actor shared a lovely rare picture of them together on Friday. He also penned a heartfelt message for her to mark the occasion. He called Namrata ‘my constant support.’ Both of them were all smiles while posing for the camera. Many fans reacted to Sanjay’s birthday post for his sister. (Also read: Arjun Kapoor calls Anil Kapoor ‘anti-aging ka Badshah’ on his 66th birthday, Neetu Kapoor sends love and hugs)

In the picture, Sanjay opted for black kurta. He wore a wrist watch and chain around his neck. His sister, Namrata wore a brown full sleeve shirt with black flower prints on it. She kept her hair untied. Both of them stood at a terrace during night time. The two flashed radiant smiles, and looked straight into the camera . Their picture gave perfect sibling vibes to their fans.

Sharing the picture on Instagram, Sanjay wrote, “Happiest Birthday Anju! May God bless you with the best! You are my constant support and you’ve been there for me throughout! Thank you for everything! Lots of love @namrata62.” Actor Siddhant Kapoor commented, “Two amazing souls, Happy birthday aunty (red heart emoji).”

Reacting to Sanjay’s post for Namrata, one of his fans wrote, “Such a lovely and rare picture of Namrata. Best wishes.” Another fan commented, “Baba black colour aap pe bohot zayada suit karta hai (Brother, black colour suits you so much).” Other fan wrote, “Beautiful (red heart and clapping emojis).” “Happy birthday, may god bless you (red heart emoji)”, wrote one. “Sanju Baba is a great Bollywood superstar (ok emojis)”, added another. Many fans posted heart emojis on the picture.

Sanjay Dutt is son of late actor-politician Sunil Dutt and actor Nargis Dutt. His parents got married on March 11, 1958. Sanjay has two sisters, named Priya Dutt, and Namrata Dutt. Sanjay got married to Richa Sharma in the US in 1987. However, within two years of their marriage, Richa was diagnosed with a brain tumour and died in 1996. Trishala is the daughter of Sanjay from his first marriage to Richa. She is psychotherapist by profession. In 2008, Sanjay got to married Maanayata Dutt. The couple is blessed with twin, son Shahraan and daughter Iqra.

Sanjay was last seen last in Shamshera, alongside Ranbir Kapoor and Vaani Kapoor. The film did not perform well at the box office. He will be next seen in The Good Maharaja, which is slated to release in November 2023.