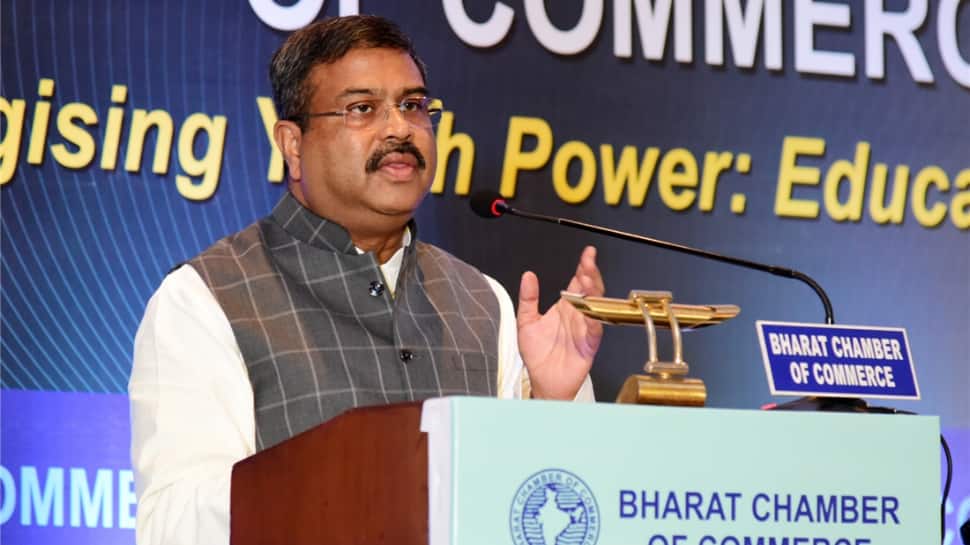 New Delhi: Explaining the importance of the ancient Indian language Sanskrit, Union Education Minister Dharmendra Pradhan on Monday said that Sanskrit education will create more employment opportunities for students. “Sanskrit is not just a language, it is an emotion. Our knowledge and wisdom are our wealth. The onus is on all of us to take our civilization forward for centuries and achieve the ideals of `Vasudhaiva Kutumbakam,” said Pradhan while addressing the Utkarsh Mahotsav event.

The focus of the Mahotsav is – the New Educational Era – Moving towards a Global Orientation of Sanskrit Studies.

Speaking at the `Utkarsh Mahotsav, Pradhan, the Minister highlighted that as envisaged in the National Education Policy, the government has given importance to all Indian languages including Sanskrit.

“It has a great contribution to unifying various Indian languages and Sanskrit Universities will move towards becoming large multidisciplinary institutions of higher learning,” he added.

The Minister cited that from the time of Hiuen Tsang to today`s Raisina Dialogues, the spontaneity, modernity and scientificity of Sanskrit need no proof.

He shared his thoughts on the revival of the language of the Vedas i.e Sanskrit, Indianness associated with Sanskrit and the language-based education system.

The Minister hoped that the deliberations held during the `Utkarsh Mahotsav` will show the roadmap for the education system of the 21st century to make India self-reliant and pave the way for global welfare.