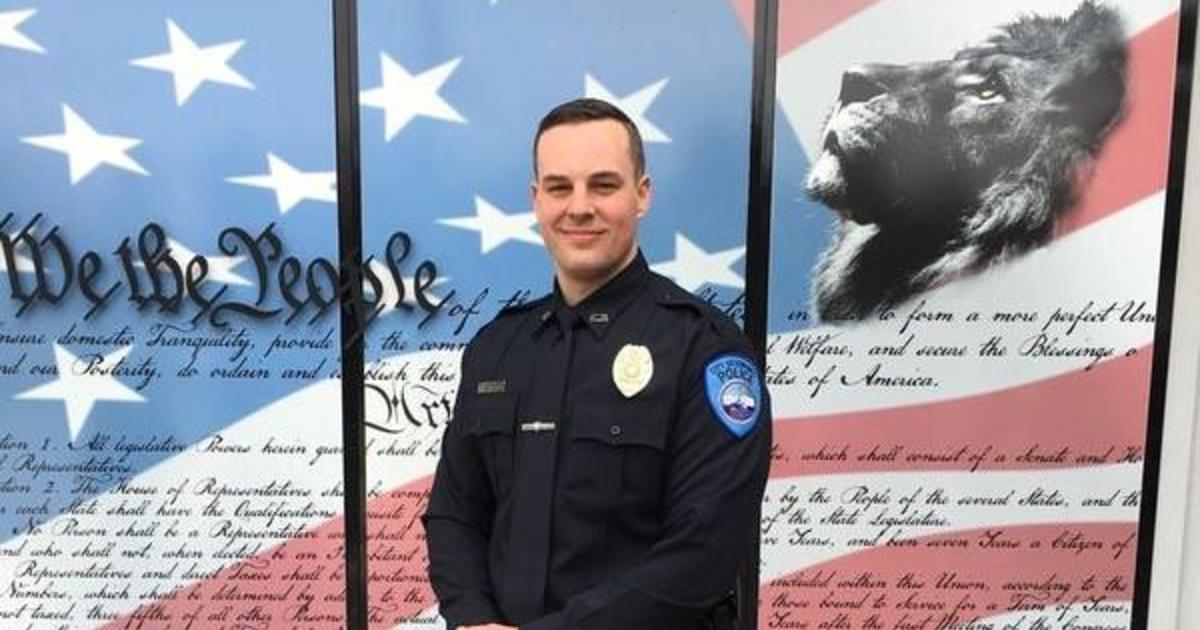 An off-duty police officer from Washington state was fatally stabbed on the Las Vegas Strip during the weekend by a man who authorities say saw him argue with another man about petting his dogs.

Officials and friends in Edmonds, Washington, mourned the death late Saturday of Officer Tyler Michael Steffins, 33, while his suspected killer, Freddy Allen, 58, refused to make a Monday court appearance in Las Vegas on a murder charge.

It was not immediately clear if Allen had a lawyer assigned to his case who could speak on his behalf. He remained jailed without bail pending another court date Wednesday.

“What happened to Tyler was senseless,” acting Edmonds Assistant Police Chief Josh McClure  told reporters  outside police headquarters in the city of about 42,000 residents north of Seattle. Steffins previously served as a U.S. Marine, he said.

“Tyler, being an off-duty police officer, doesn’t make it any more important than any other family that has lost a loved one due to senseless violence,” McClure said, adding that Steffins was “down enjoying Vegas like anybody else. He was just walking down the street.”

“Yes, senseless is about as simple as you can put it,” McClure said.

The Clark County coroner said Monday that Steffins died of a single stab wound to the chest.

On Saturday, Steffins and the dog owner encountered each other again, with Allen nearby, on a walkway bridging Las Vegas Boulevard between two casinos, according to a police report.

“Allen stabbed (Steffins) one time and attempted to flee the area before being apprehended by patrol officers,” a police statement said. Steffins died a short time later at University Medical Center in Las Vegas.

A witness told police that Steffins and Allen did not speak to each other Saturday and that it looked like Allen pushed Steffins in the chest and ran away.

Steffins said he thought he had been stabbed before collapsing.

Police said officers chased Allen and saw him toss a hunting knife into a fountain, where it was retrieved following his arrest. Steffins was not armed, a police report said.

“This is a tragic loss for our agency when our staff and the entire region is already in a state of mourning for other fallen officers,” Edmonds Police Chief Michelle Bennett said in a statement.

She referred to the fatal shooting last Friday of a police officer in the parking lot of a coffee shop in Everett, Washington, and the March 16 shooting death of a Pierce County sheriff’s SWAT deputy while serving a warrant in Spanaway, Washington.

Steffins joined the Edmonds Police Department in 2018, and was a veteran of the United States Marine Corps who served during Operation Enduring, the police department wrote in a Facebook post.

“Officer Steffins graduated from the police academy in March of 2019 and was #1 overall in his class,” the department said.

McClure characterized him as a married father with two children in elementary school.

“A very ‘chill’ individual, very calm,” McClure said. “Spoke with an even steady tone. He didn’t say much. But when he did, it was usually funny, right?”

The Las Vegas Review-Journal reported  that Allen was arrested at least twice during the last year on suspicion of committing acts of violence on the resort-lined Strip.

Court records showed Allen was convicted of misdemeanor attempted battery causing substantial injury and sentenced in early February to 90 days in jail, but just 18 more days to serve after credit for time already behind bars.