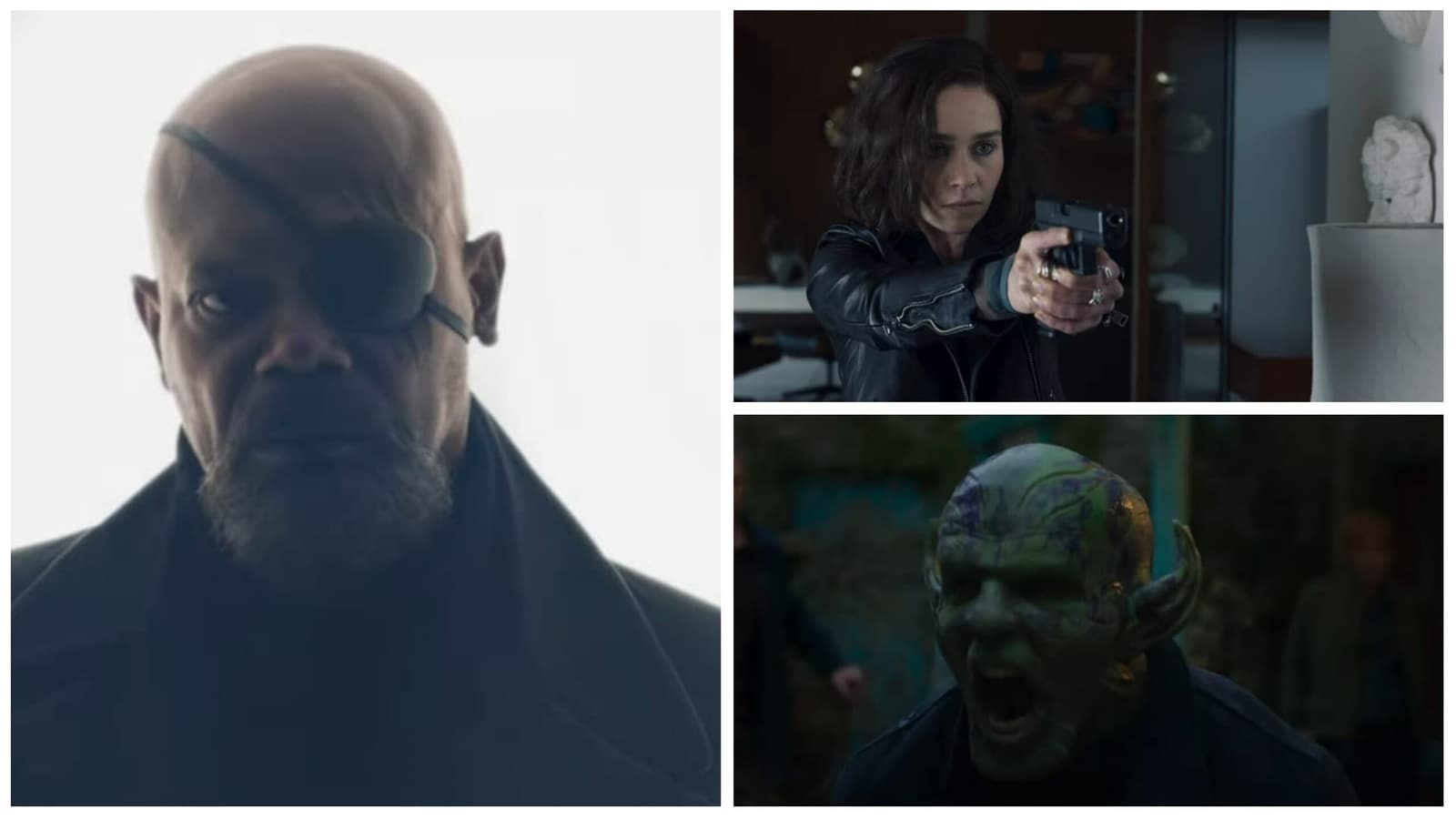 The teaser trailer of Marvel Cinematic Universe’s ninth original series Secret Invasion, was launched at Disney’s D23 Expo on Saturday night. The show, which stars Samuel L Jackson, sees his famous character of Nick Fury return to Earth after years to tackle the problem of Skrulls, a race of shape-shifting aliens, who are about to invade the planet without anybody knowing. The show also marks Game of Thrones-fame Emilia Clarke’s MCU debut. Also read: Emilia Clarke’s first look from Marvel’s Secret Invasion revealed. See pics

The teaser begins with a silhouette of a man being beamed down from a spaceship in a wooded area. As the beam of light fades, we see it is none other than Nick Fury (Samuel L Jackson), the former director of Shield. The next scene shows Fury in conversation with his former employee Maria Hill (Cobie Smulders) on why he is back.

The teaser then gives a glimpse of several old favourites from the MCU, including War Machine aka Col James Rhodes (Don Cheadle) and CIA agent Everett Ross (Martin Freeman). We are also introduced to some new faces, chiefly Emilia Clarke and Olivia Colman, both of whom are making their MCU debut with the show. We see how the shape-shifting aliens Skrulls seem to have infested much of the upper echelons of the major power centres of the world. Towards the end, Nick Fury says, “I’m the last person standing between them and what they really want.”

Secret Invasion is based on the Marvel Comics series of the same name. The book series focused on a subversive, long-term invasion of Earth by the Skrulls, who have secretly replaced many superheroes in the Marvel Universe with impostors over a period of years. The series is expected to take a different but similar approach.

Created by Kyle Bradstreet, the series also stars Ben Mendelsohn and Kingsley Ben-Adir as the ‘lead villain’. Secret Invasion is scheduled to premiere in early 2023, and will consist of six episodes. It will be part of phase five of the MCU.