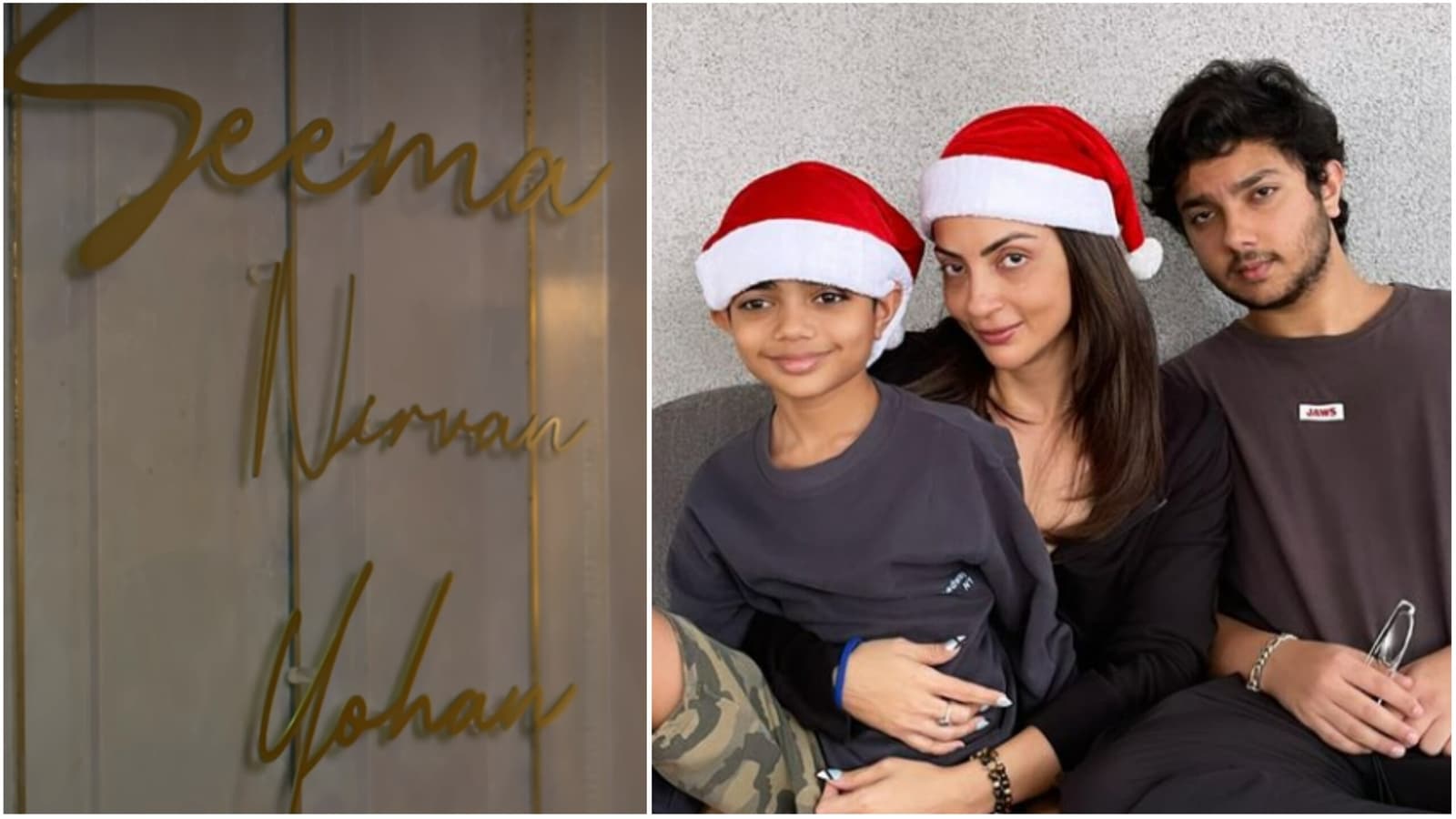 Seema Kiran Sajdeh, who recently dropped Khan from her name and went back to her maiden name following her split from husband Sohail Khan, also discussed it in detail with their son Nirvaan Khan. The latest season of the Netflix series Fabulous Lives of Bollywood Wives released on Thursday and featured Seema having an unfiltered chat with her son about her changing life. Also Read| Seema Khan drops Khan from name on Instagram after separating with Sohail Khan

In the first episode of the Netflix series, Seema removed the nameplate on her house’s main door that read ‘Khan,’ and replaced it with one that read ‘Seema, Nirvaan, Yohaan’. Seema shares Nirvaan, 21, and Yohaan, 11, with her ex-husband Sohail Khan.

Later in the episode, Nirvaan noticed the changed nameplate and asks his mother about it. He objected to the change when pressed by Seema to talk about it, and admits, “We’re a family of four, all Khans. But just removing the surname, putting three of our names, you’ve basically indirectly removed just one person’s name.” While Seema insisted that was never her motive, Nirvaan added, “It’s a little unnecessary. It doesn’t need to be done. What’s the difference? At the end of the day, you’re still Khan. We’re still Khan.”

Seema replied to Nirvaan, “But you know that I won’t stay a Khan much longer.” As he further requested her to make the nameplate read ‘Khan and Sajdeh,’ she explained, “How can I do that, Nirvan? That’s why there is no last name involved, it’s the three of us. It doesn’t discount the fact that we are always going to be a family but at the same time Nirvaan, I am also at a point in my life where I feel that I have to put one foot ahead.”

“I am neither here nor there at the moment. You and Yohan will have that last name which will not be my last name. It’s something that I’m still trying to wrap my head around, which is why I don’t want last names,” she added. Seema also asked Nirvaan if he feels she should be moving forward at this point, and he replied by asking her to live her life without worrying about him. She later said to the camera, “I know this is a new chapter in my life and I don’t know how it is going to be. It is actually very complicated.”

Seema also discussed the end of her marriage with Maheep Kapoor when asked if she sees herself falling in love in the future. She said, “When I got married, I thought it was forever. That’s how we’re brought up, D-word is like a taboo.” Talking about the impact of the split on her kids, Seema said, “What’s more important is that you have two happy parents. Sohail is always going to be the father of those children. And I am the mother and that bond no one can break. But sometimes I feel like, my biggest regret is that have I robbed them of this family. Sometimes there’s a bit of guilt.”