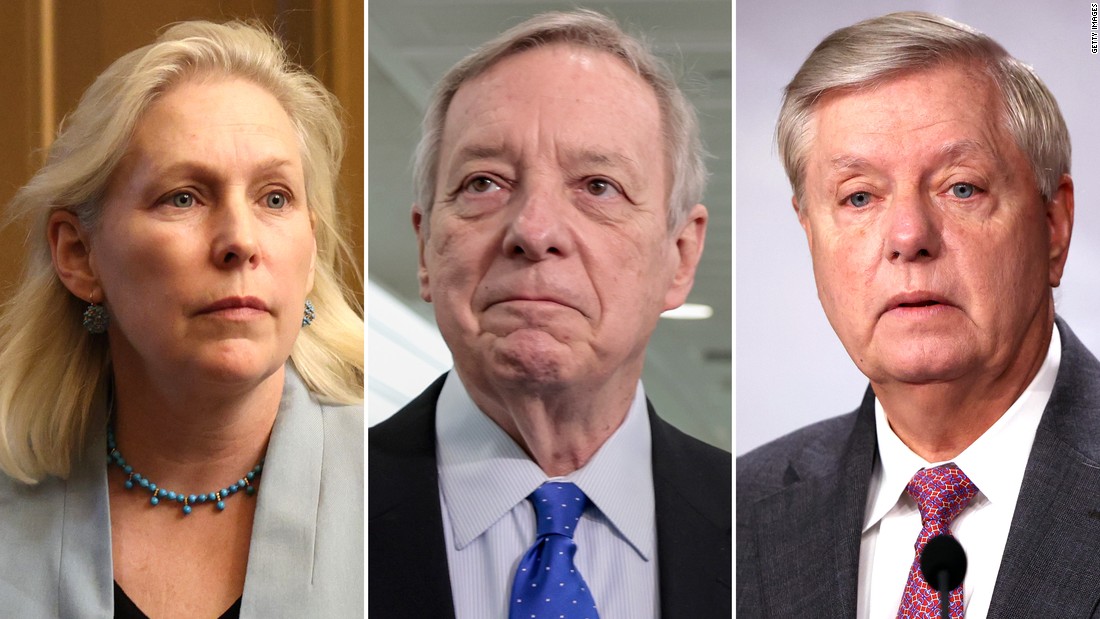 Earlier this week, the bill was approved by an overwhelming bipartisan majority in the House of Representatives, by 335-97.

The legislation ends the use of forced arbitration clauses for sexual harassment and assault claims. According to lawmakers, more than 60 million Americans are subjected to these provisions in employment contracts.

“It will help us fix a broken system that protects predators and corporations and will help to end the days of silencing survivors,” said Sen. Kirsten Gillibrand, a New York Democrat who is a co-sponsor of the legislation.

The bill was initially introduced in 2017 amid the rise of the #MeToo movement, which shined a light on these types of legal provisions in employment contracts, which prevent victims from being able to sue their perpetrators in court, instead confining them to often-secretive, costly proceedings that many say are biased toward corporations.

“The arbitration system is fairly skewed toward the company, and to take a job I don’t think you should be required to give up your day in court if you claim something untoward happened to you,” said Republican Sen. Lindsey Graham of South Carolina, who is also a co-sponsor of the bill.

Lawmakers in both chambers of Congress have worked for more than four years to pass this significant measure overhauling the nation’s laws regarding the rights of sexual harassment and assault victims. It was introduced by Graham, Gillibrand and Democratic Sen. Dick Durbin of Illinois, as well as Democratic Rep. Cheri Bustos of Illinois.

Senate Majority Leader Chuck Schumer, in a passionate speech on the Senate floor on Wednesday, said that this important change is “long overdue.”

“Today, we can no longer ignore that forced arbitration has proven immensely harmful when it comes to sexual harassment and sexual assault,” the New York Democrat said. “When workers, almost always women, face abuse or harassment at the hands of their employers, forced arbitration immediately limits their options for remedy. The deck is stacked against them from the start, and thus abusers rarely face true accountability.”

Arbitration clauses have for a long time been standard practice, included in millions of employment contracts. The clause limits the legal options for employees who are victims of sexual harassment and sexual assault and makes it difficult to hold companies and employers accountable for wrongdoing. Arbitration can be very costly, which also places a large burden on workers, and it does not allow for the option of an appeal.

“More than 60 million Americans are subjected to forced arbitration clauses in the workplace, preventing them from choosing how to seek justice for wrongful and abusive treatment,” said Democratic Rep. Pramila Jayapal of Washington state, a co-sponsor of the bill. “Survivors should have the opportunity to use their voices however they see fit.”

Gillibrand said these clauses “are especially prevalent in low-wage fields and industries with a disproportionate high number of women of color.”

“These clauses leave those women who cannot afford to challenge their employers without any recourse,” Gillibrand added. “Survivors deserve a real chance at justice.”

Critics also point to how the process is conducted secretively, which prevents victims from speaking publicly about wrongdoing and from pursuing class action lawsuits against employers.

“There’s nothing wrong with arbitration just as long as it’s free and fair and equal footing,” Graham said. “Arbitration has its place, but these clauses in contracts … millions of Americans sign every day I don’t think is on equal footing.”

Once signed into law, the legislation would void any forced arbitration clauses in current contracts pertaining to sexual assault or sexual harassment, allowing victims to take their cases to court. Companies will be prohibited from writing those clauses into contracts in the future.

Any case previously settled through forced arbitration, however, will remain closed.

This story and headline have been updated with additional developments Thursday.