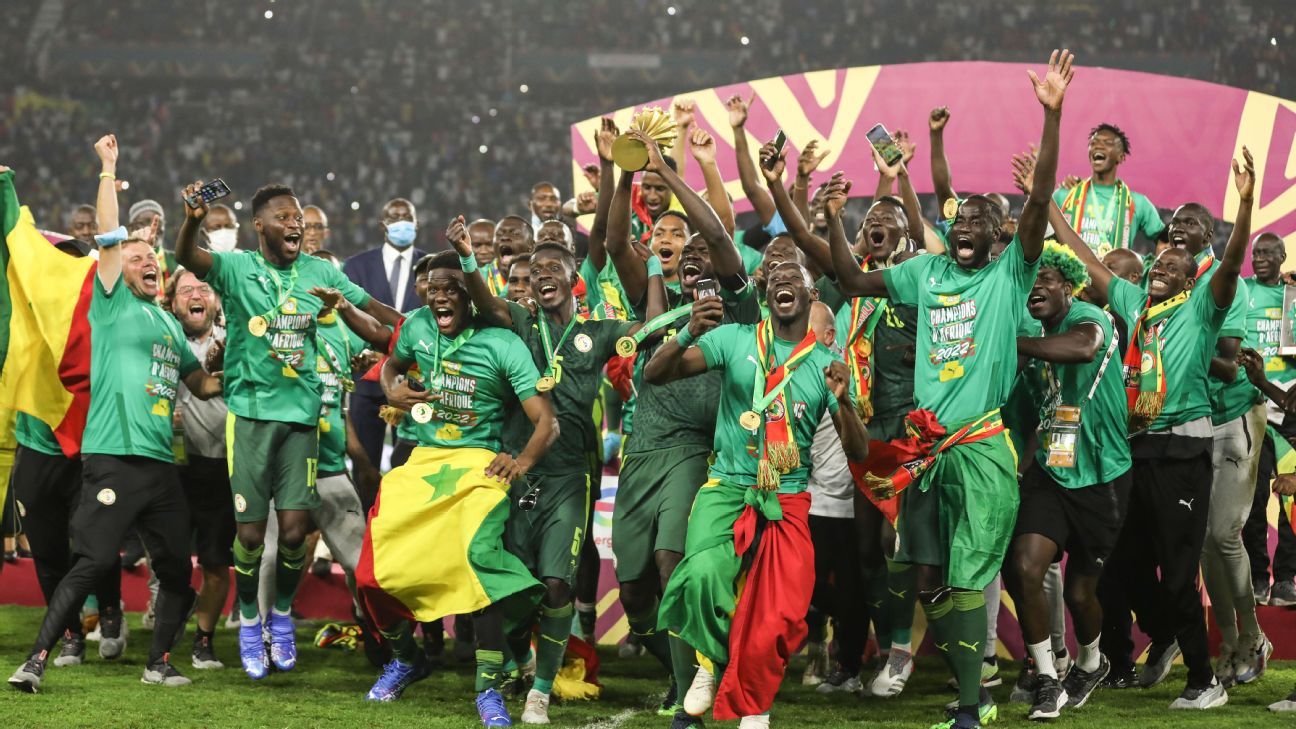 Senegal defeated Egypt 4-2 on penalties following a 0-0 draw at the Stade d’Olembe in Yaounde to finally get their hands on the AFCON title after two previous failed attempts in the final.

The squad returned to Dakar on Monday and were received at the Palace of the Republique on Tuesday where, during an extended ceremony of celebration, President Sall announced the squad’s fiscal rewards and awarded each player the prestigious Order of the Lion.

“As testament to our gratitude, and in the name of the nation, the players and other members of the official delegation will each receive a special bonus of 50,000,000 CFA [$87,178], and a 200-square metre plot of land in Dakar,” Sall said, in his official address to the players.

“They will each also receive a 500-square metre plot of land in the first district of the new city of Diamniadio [30km from the capital].”

Sall had already announced that Monday was to be a national holiday in the aftermath of the victory on Sunday, prompting a festive atmosphere across the capital as supporters welcomed the returning squad back with a trophy parade.

“This trophy was the object of time of patience, we desired it so much, dreamed of it so much, as did generations before us,” Sall said in an address at the palace broadcast live across Senegal. “The dream of time is a reality that was being built.

“We dreamed of winning the cup, but you built that dream, and then you realised it. Mission accomplished — like true soldiers.”

“You all held firm, even during the moments of doubt and of extreme fatigue,” Sall added. “Don’t forget that a player is not a machine, but a human, like us, with his strengths and weaknesses.

“This is what gives sports its human dimension, but what distinguishes champions like you — dear lions — is this mark of a competitor who knows how to transcend himself, dominate his fatigue, and overcome his doubts. You did this with class during this luminous journey.

“We don’t have words to explain our gratitude, our pride, our joy.”

Earlier in the tournament, the Cameroon squad donated their bonuses for qualifying to the Africa Cup of Nations knockout stages to the victims of the deadly stampede at the Stade d’Olembe where eight supporters lost their lives and a further 38 were injured.

“The Indomitable Lions asked the FECAFOOT president Samuel Eto’o that their bonus of 50,000,000 CFA [$85,585.63] for their qualification to the round of 16 at the AFCON be given to the victims of the stampede that took place at Olembe on the Jan. 24,” team spokesman Serge Leopold Guiffo told ESPN.