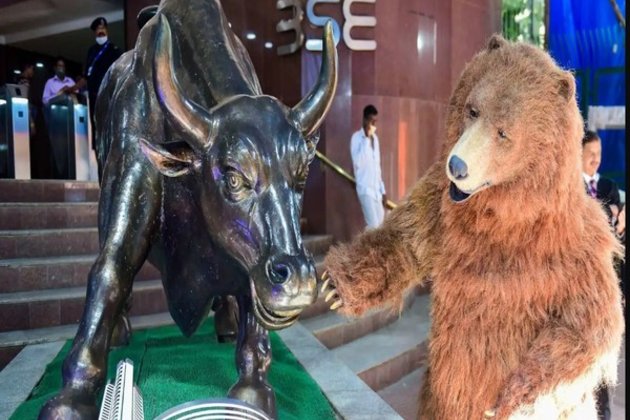 Mumbai (Maharashtra) [India], January 6 (ANI): The domestic markets on Friday was volatile in pre-opening sessions and made gains, tracking strong Asian stocks’ cues. The key indices of the Indian stock exchanges had been making losses for two consecutive sessions.

Indian rupee gained 40 paise to 82.531 against the US dollar in the early session on Friday.

The US dollar index is a measure of the value of the US dollar relative to a basket of foreign currencies. These six currencies are the euro (EUR), Japanese yen (JPY), Canadian dollar (CAD), British pound (GBP), Swedish krona (SEK), and Swiss franc (CHF).

In Europe, FTSE went up 48 points and settled at 7,633.45, CAC 40 was trading in the green, Deutsche Borse was 54 points down while Refinitiv Europe was volatile and ended with 1 points on Thursday.

In American markets, Dow Jones was down 339 points, Nasdaq declines 153 points, SP 500 went down 44 points and Refinitiv United States was down 4 points as Asian markets opened on Friday.

On Thursday, the NSE’s India VIX, a gauge of the market’s expectation of volatility over the near term, fell 1.41 per cent to 14.98.

The Federal Reserve released the minutes from its December 13-14 meeting on Thursday, which showed central bank officials expect rates to be higher for “some time.” US manufacturing contracted further in December. (ANI)