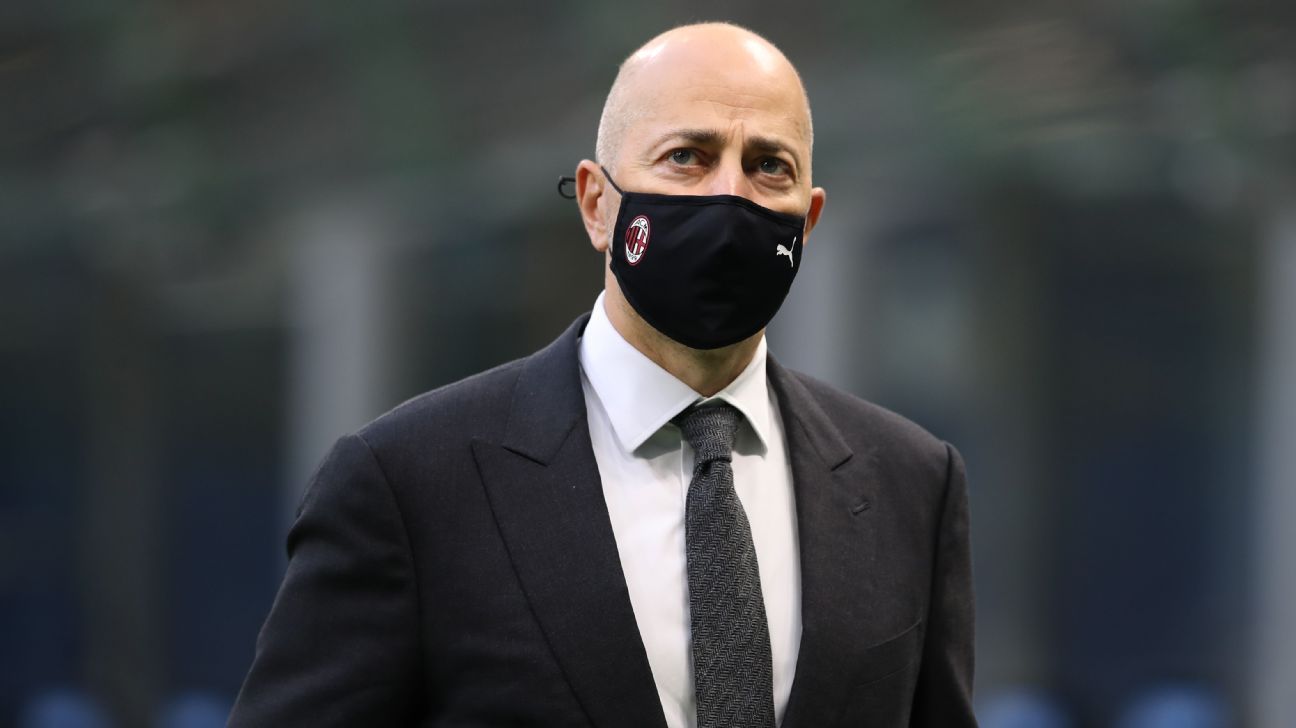 AC Milan chief executive Ivan Gazidis said there is racism in Italy and Serie A but added that he believes it “is not a backward league” and there is “willingness” to take meaningful steps to address the issue.

Gazidis, who was formerly Major League Soccer’s deputy commissioner, left his position as Arsenal‘s CEO in 2018 to join the Italian side.

Serie A has had a number of high-profile issues with racism in recent years, including when Mario Balotelli threatened to walk off the pitch after receiving racist abuse in November 2019.

“One of the issues is that people think that by talking about racism we’re creating an issue,” Gazidis told ESPN. “That’s not true, the issue exists and the first step is to acknowledge it and have a grown up discussion about it.

“There is an issue of racism in football in general, it’s not just in Italy, but it’s certainly in Italy and we need to acknowledge it and take ownership of it and work out how we’re going to change it.

“This is a social issue, a social evil and we need to address it for that reason alone but it’s also an issue about the development of Serie A and the future of the league.

Serie A launched an anti-racism campaign in December 2019 but had to apologise for it after people criticised the images which depicted three side-by-side apes, which Milan condemned.

The club have been leaders in condemning racism in the league. In September 2019, the club launched an anti-racism task force aimed at developing best practices to combat discrimination and promote inclusion.

Gazidis also said that other leagues had suffered from similar problems but were helped by increased expenditure on infrastructure.

“It’s not simple to eradicate this. Football reflects attitudes in society, so it takes time… but there are strong, firm steps you can and must take. Identifying those responsible and keeping them away from the game is one immediate thing, absolutely,” he said. “Related to that is the development of stadiums and infrastructure.

“Football in the 1980s in England was a hotbed of racism, for example, and while there are still issues in the English game, the new stadiums created a much more diverse, inclusive environment with women, children, people of all backgrounds feeling safe at the game. When they felt safe, the make up of the crowd changed and attitudes changed. Italian football suffers from antiquated stadiums and even the technology within the stadiums to identify wrongdoers [is antiquated].”